CAMBRIDGE - A high school principal who operates the rodeo production company that supplied animals for the Henry County Fair's rodeo on Friday was fined $300 and given 180 days' supervision for allegedly shocking bulls at an event he oversaw last fall in Morris. 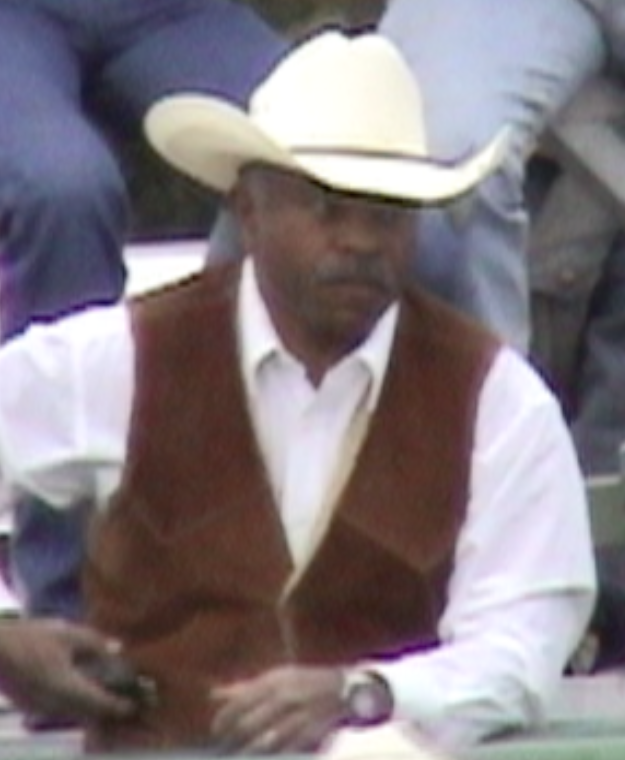 Michael Latting. Note the prod in his right hand

Mike Latting, president of Latting Rodeo Productions and principal of Donovan High School in Donovan, pleaded guilty to charges of animal cruelty on June 15 after a videotape from an animal rights group was sent to Grundy County State's Attorney Sheldon Sobol. Latting said he only pleaded guilty to the charges to save time and money.

"That was a lot easier than going to court and fighting it, which I would have won," Latting said.

"I do have hot shots that I do use in a legal way," but the ones he used in the video didn't have batteries in them, Latting said. "I take good care of my livestock."

Wiederkehr said representatives from SHARK filmed at least six people shocking bulls to get them to buck during the rodeo.

Latting was hired to provide animals for a rodeo Friday at the Henry County Fairgrounds. Ashlee Boers, Henry County Fair Association secretary, said the fair board was unaware of the charges before booking Latting.

Boers said the board still would have contracted Latting if members had known of the charges beforehand.

"I work with livestock all the time, and some of these (animal rights) groups really tick us farmers off," Boers said.

Wiederkehr said bulls are also forced to wear "flank straps," which cause them pain and make them buck.

Latting said the straps, which wrap around the torso of a bull, do not hurt the animals and only cause them to buck because they try to kick them off.

"SHARK doesn't believe we should be using animals for entertainment purposes," not only in rodeos but in circuses as well, Wiederkehr said. "There are plenty of circuses out there that don't use animals that are very entertaining."

SHARK was formed in 1994 by Steve Hindi, who said a rodeo is "animal abuse deceptively wrapped in God and the American flag, spiced with rodeo announcers and clowns telling off-color jokes which target women."

Latting said his company has been producing rodeos around the Midwest for 40 years and has a good reputation.

"This is not a fly-by-night operation," he said. "We're booked solid. You don't get booked solid by being inferior."