A day before testimony was set to begin in his trial, a longtime State Fair of Texas performer accused of sexually abusing a teenage girl for years pleaded guilty, officials said Tuesday. 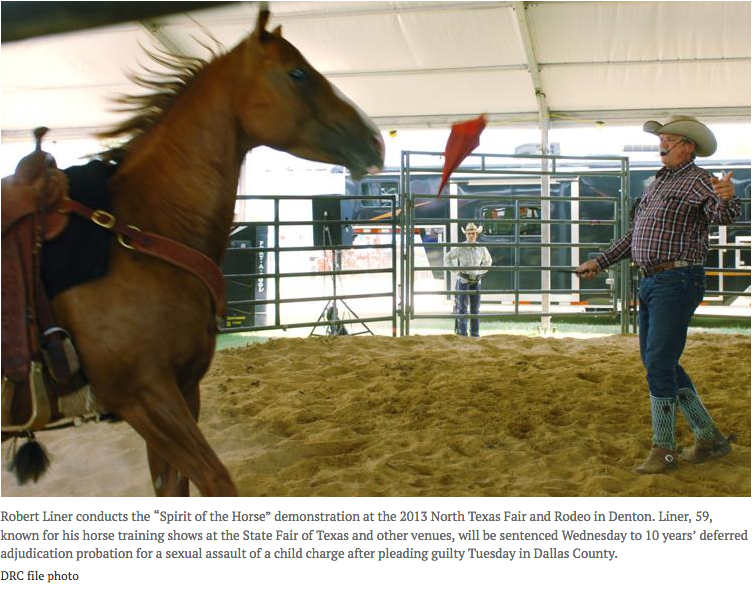 Robert Liner, 59, known for his horse training shows at the fair in Dallas as well as at the North Texas Fair and Rodeo in Denton, will be sentenced Wednesday to 10 years’ deferred adjudication probation for the sexual assault of a child charge, a prosecutor in the case said Tuesday. Liner was indicted in 2014. He last performed at the North Texas Fair that same year.