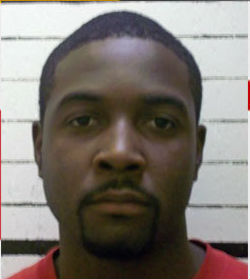 A Conners State College student on a rodeo scholarship is in the Muskogee County jail after his arrest for allegedly stealing cattle from the school and selling them.

Officers with the Texas and Southwestern Cattle Raisers Association arrested Artrell Carmouche, 23, of Humble, Texas on a warrant issued earlier this month.

According to court records, Carmouche is accused of stealing 5 cows from the school and taking them to a sale barn in Bristow and selling them for approximately $5,400.

He is charged with one count of larceny of domestic animals.

Carmouche, who now lives in Beggs, was arrested Monday and taken to jail. Bond is set at $5,000.