Horses - the forgotten victims of bullfighting

What is a bullfight, and who suffers in this bloody so-called sport?

In Anglo-Saxon countries it is regarded as a sport, perhaps due to lack of knowledge. 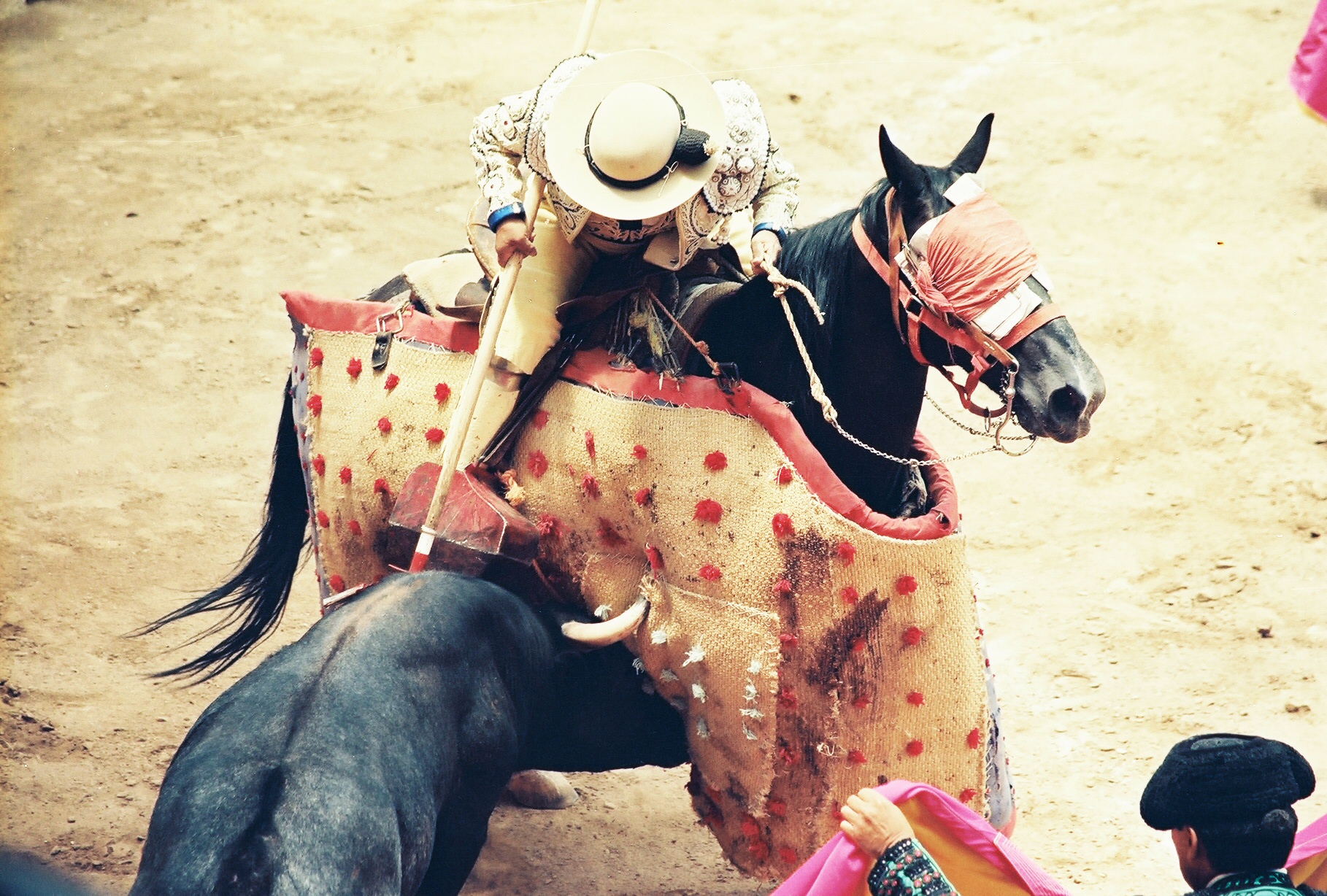 It is, after all, banned throughout the UK and the Commonwealth nations, as well as most of Europe. In countries where bullfighting is allowed it is increasingly becoming recognised as sheer barbarity. This savagery involves two beautiful animals, bulls and horses. While the bulls are guaranteed to die, the future of the horses is often no brighter.

Bullfights take place in three European countries, France, Portugal and Spain and in some parts of Latin America. In some states of North America a form of bullfight is permitted but the animal is covered with velcro and the spears used are imitation.

It's commonly believed that in Portuguese bullfights bulls or horses don't suffer unlike the Spanish versions. This is unfortunately a myth since the suffering is the same in both bullfight styles.

The only difference is that in Spanish bullrings the bull is killed in the ring instead of in the slaughterhouse when the "entertainment" is over.

Every year more than 50,000 bulls are killed in bullfights in Europe alone. Countless horses die or suffer severe injuries.

Bullfighters claim that bulls bred for bullfights are aggressive and fearsome animals. This is also untrue. They fight because they are fighting for their lives.

But bulls are not the only creatures to suffer in bullrings. The tormented bull does not understand that it is the man on the horse's back that is causing his pain, only that he is in agony. He therefore sees the horse as his enemy as much as the man.

It's not unusual for horses used in bullfights to be so badly gored by the bulls that they have to be killed, but only after they have been dragged from the ring and the view of the spectators.

These horses are often gored even though they are protected by what is termed a "peto", or a protective cape. These petos often do little more than hide the horses wounds.

The horses are blind-folded to prevent them from becoming terror stricken at the charge of the bull. It is commonly believed that their ears are stuffed with cottonwool to prevent them from panicking and their vocal cords cut to stop them screaming with fear at the bull's attack.

As little as 12 days ago in Madrid another horse was gored by a bull and had to be killed. 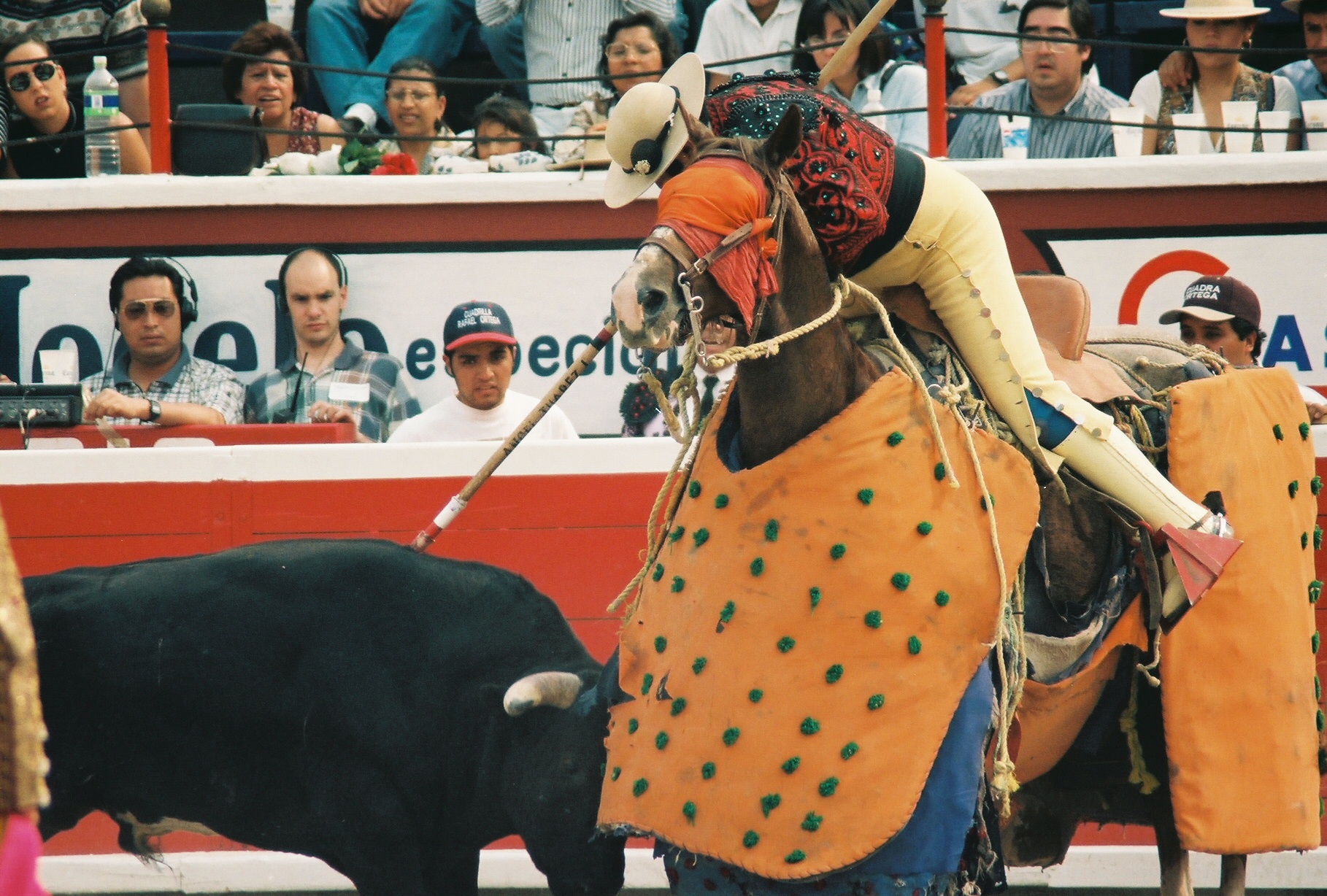 This is the fate of these beautiful animals. To be used to entertain a crowd that lusts for blood and claims that bullfighting is a tradition and "cultural heritage".

What about the brave matadors, picadors and their ilk? Bullfighters are rarely injured and seldom killed in the ring. With their armoury of weapons to weaken the bull until it can no longer fight, their lives are not at great risk. In fact, in the last 50 years only 10 bullfighters have been killed worldwide.

Should you ever find yourself in a country where bullfighting is practiced, please do not be tempted to attend one of these sadistic displays. The continuation of bullfighting depends on government subsidies and the tourist industry. Don't be an accomplice to this savagery by supporting it with your dollars.