2009 was another horrifically cruel year at the Cheyenne Frontier Days Rodeo (CFD). Prior to the rodeo's start, CFD tried a brand-new tactic. Instead of stopping the animal cruelty that takes place at their rodeo, CFD decided to ban SHARK's cameras instead. A typically heavy-handed and stupid rodeo move. You can read about it here. The public outrage was immediate and loud, even in pro-rodeo Wyoming. The rodeo quickly back-peddled and decided to allow cameras after all. CFD knows that SHARK's videotape and photographic images are devastating for them because they expose the truth. And unfortunately, there would be a whole lot of truth to expose in 2009.

Click below to see SHARK's video of the brutal death of a horse named Strawberry Fudge at the 2009 Cheyenne Frontier Days Rodeo:

SHARK also put together two videos with 24 of the most obvious injuries that we documented at the 2009 Cheyenne Frontier Days Rodeo. Click here to watch the videos and read the veterinarians assessment of the injuries. 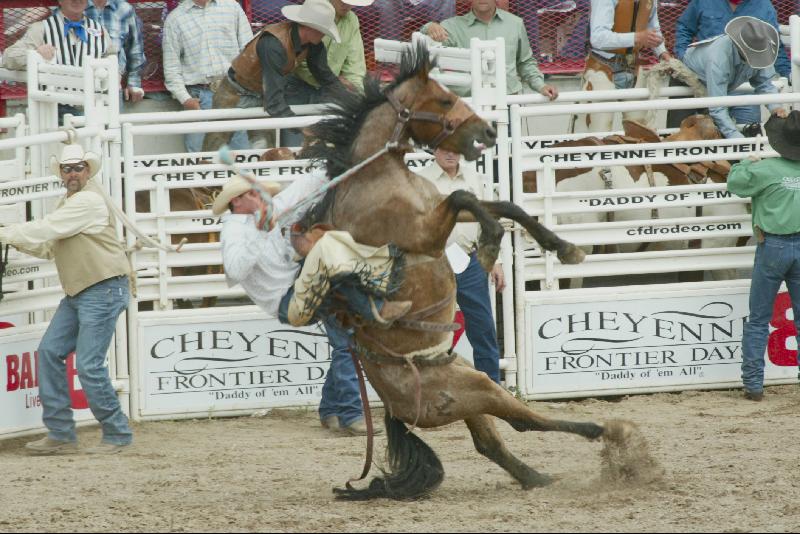 Strawberry Fudge about to drop to her doom. 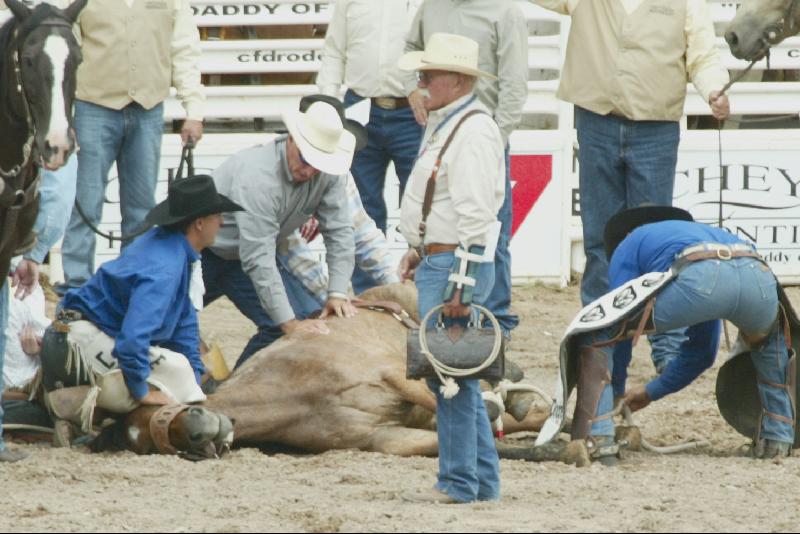 Strawberry Fudge - another victim of the cruel and deadly CFD rodeo. The animal hell that is the Cheyenne Frontier Days Rodeo is ongoing and is taking its usual heavy toll on animals. Numerous calves and steers have been injured, but it took a horse named Strawberry Fudge taking a violent and fatal fall to finally get the Cheyenne area media to report an animal casualty. In fact, each of the first six performances of the Cheyenne Rodeo saw one or more dead or injured calves, steers or Strawberry Fudge carried out. 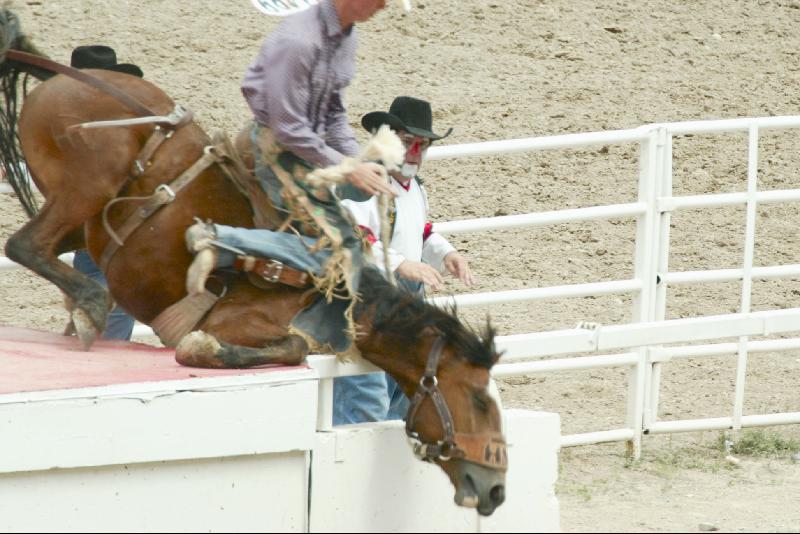 Just minutes after the doomed Strawberry Fudge was removed from the arena, another horse crashed over a barrier, leaving her to run in a panic down the outfield of the arena until she crashed into another barrier where she was down for an extended period of time before finally leaving on her own. Any possible injuries to that horse are unknown at this time. 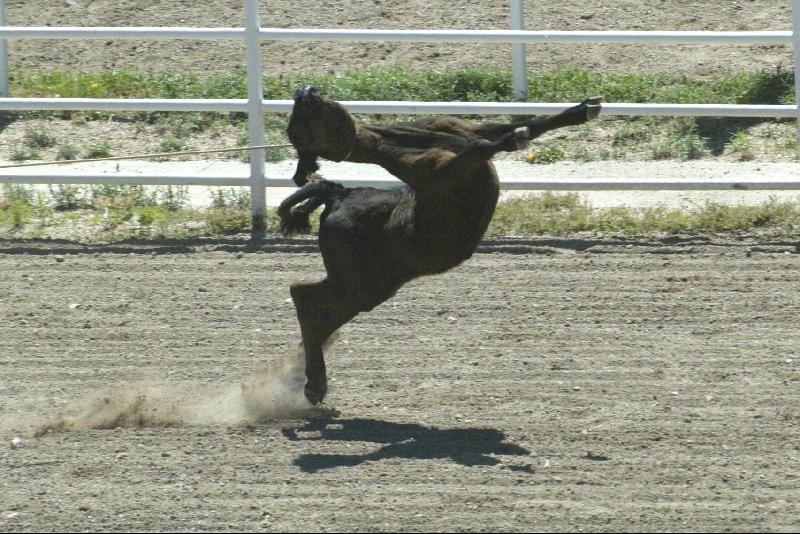 Calf being impossibly contorted in a dangerous jerked down. SHARK investigators are filming the brutality of the Cheyenne Rodeo after the Cheyenne Frontier Days Committee retracted their initial camera ban. Although Cheyenne's new camera policy claims it won't allow "systematic retrieval of images from the rodeo." Cheyenne's policy also states it will not allow pictures or video to be used for "issue advocacy." 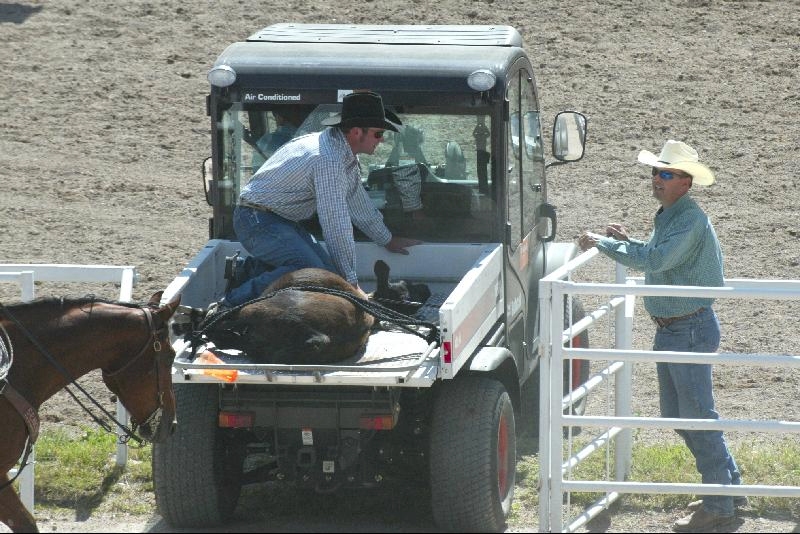 Injured calf being carried out. We've included a link to an article about the death of Strawberry Fudge. To its credit, the Wyoming Tribune-Eagle newspaper wrote a great editorial criticizing the Cheyenne Frontier Days Rodeo for its attempts to keep SHARK's cameras from exposing the truth about rodeo animal abuse.