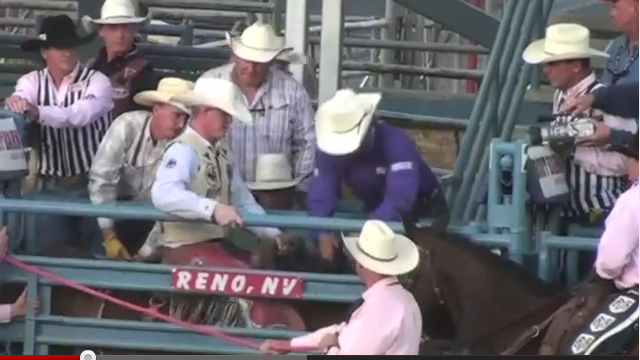 Rodeo spokesman Steve Schroeder said that wasn’t how the rodeo wanted its animals treated, so it installed cameras linked to a computer DVR recorder above the bucking horses’ chutes and installed its own human monitor across from the stalls.

The rodeo didn’t notice any problems during the 2012 event. But now the animal group, SHowing Animals Respect and Kindness, has released a new video, sent only to media outlets, with nine clips that it says shows someone clandestinely shocking horses as they’re released. (Watch the raw footage below.)

After watching the video, Schroeder said, “It is true, that guy is shocking horses, and we’re not OK with that.”

Click here to read the rest of this great story and watch the video in Mark's Mostly Dogs column.