SHARK has released a new video calling for the immediate arrest of James Newcomb, the cockfighter who brutally assaulted SHARK President Steve Hindi, and who used his truck to ram another SHARK Investigator off the road. Newcomb is currently out on bond for those assaults, which occurred on January 3rd, when Newcomb was holding an illegal cockfight at his home.

On July 18th, Newcomb held another illegal cockfight at his home. That is a violation of his bond and why we are asking for him to be immediately arrested and sent to jail.

LEFT: James Newcomb as he is about to assault Steve Hindi. RIGHT: Newcomb at an illegal cockfight at his home on July 18th

We are also calling for appropriate charges against Beckie Newcomb, who worked at the cockfight, as can be seen in this picture. 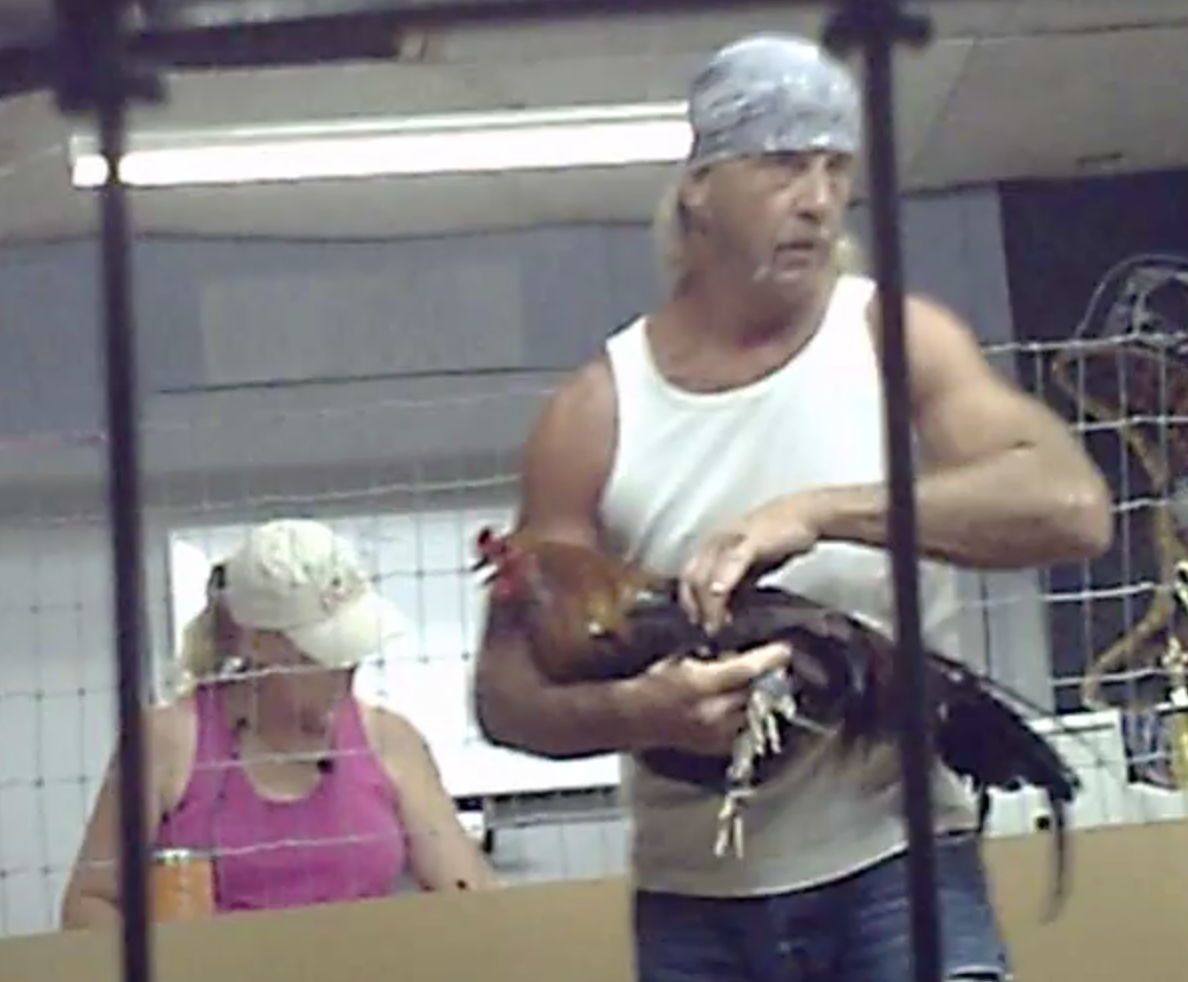 SHARK is also calling for an investigation into Lawrence County Sheriff's Deputy Michael Delawder. Deputy Delawder was dispatched to the Newcomb residence in response to the July 18 cockfighting complaint.

Delawder went to the property, and claims to have walked to the front door of the home, where he knocked on the door but received no answer. Delawder filed no police report due to "Negative Contact.” The facts, however, are quite different.

Delawder in fact never left his car. He did, however, make contact with both James and Beckie Newcomb, who left the cockfight to speak with Delawder as he sat in his vehicle.

Evidence will show that the deputy was well aware of the illegal cockfight, did nothing to stop the ongoing criminal operation, and then lied about it. This is unfortunately not the first time Lawrence County Sheriff's personnel have ignored cockfighting on the Newcomb property, where cockfights are said to have been going on for over a decade.

Please contact the Lawrence County Prosecutor and ask that James Newcomb be arrested, Beckie Newcomb be charged, and for an investigation into Deputy Delawder:

•James Newcomb has violated his bail by continuing to hold illegal cockfights as documented on July 18, and should be arrested

•Request an investigation into Lawrence County Sheriff's Deputy Michael Delawder for allowing the Newcombs to continue their illegal cockfight on July 18.