July 4th is a Mega-Cockfighting Weekend in Kentucky - SHARK Will Be There!

• SHARK will be in Kentocky on the weekend of the 4th, patrolling cockfighting pits. We are challenging the local sheriffs and state police troops for each pit to be there with us. We are also calling on Governor Beshear and Attorney General Cameron to have representatives with us as well. 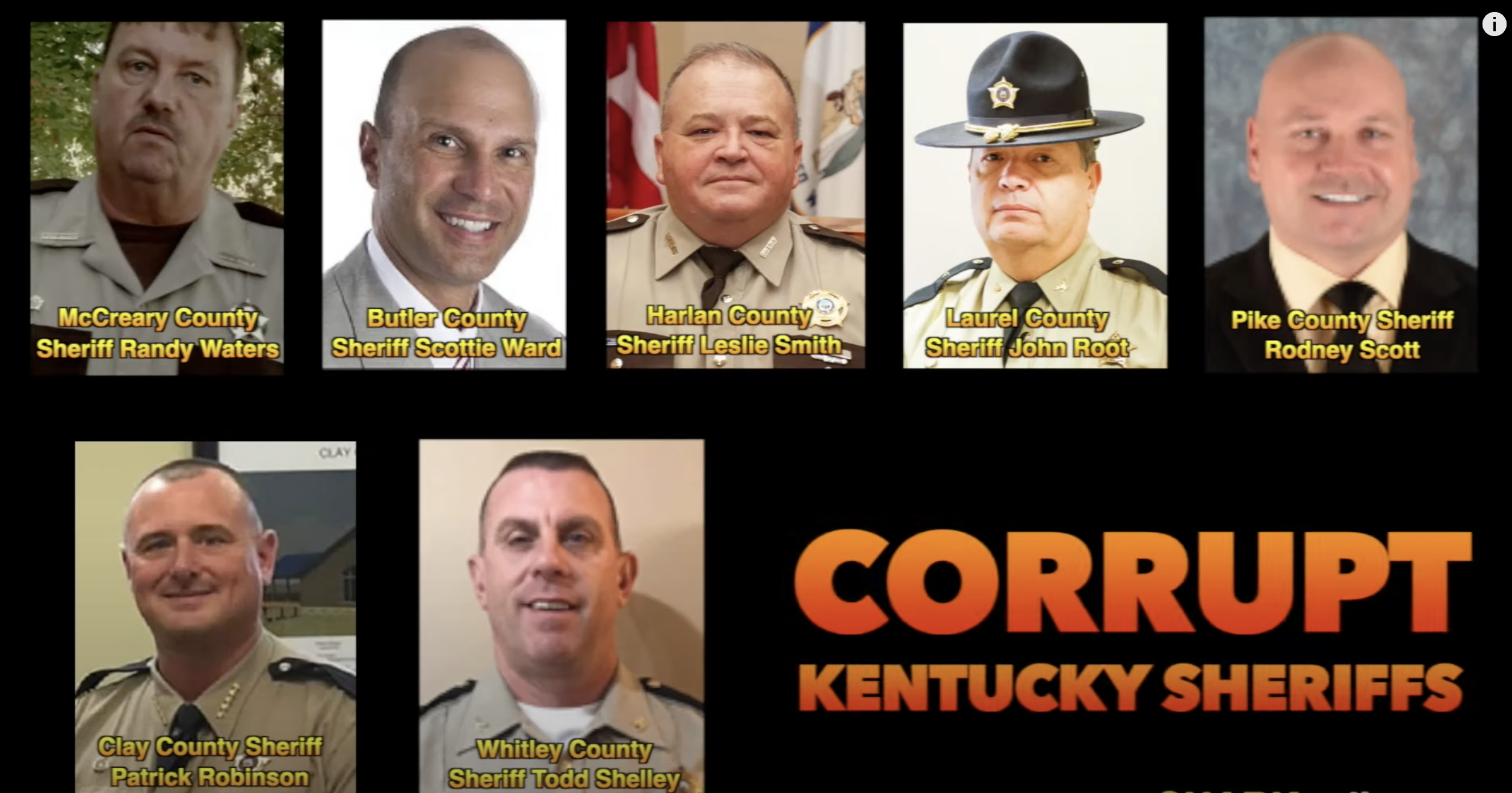 Last year at this time, SHARK had shut down all known cockfighting locations in Kentucky. We provided the exact latitude/longitude coordinates of those locations for all of them, and drone overflight footage for most to both the applicable sheriffs, and the Kentucky State Police.

The shut down held for a few months, until, inexplicably, the police agencies allowed those locations, and others newly discovered, to reopen, demonstrating that it is the cockfight mafia, not the rule of law, that controls Kentucky.

The mind-boggling claim made by the state police for their inaction is that the are “investigating,” while county sheriffs have simply refused to respond.

We have focused in on KY because of the corruption of law enforcement, and collusion between the police and criminal cockfighters. In one incident, undercover SHARK investigators filmed two Clay County Sheriff Deputies socializing with cockfighters at a pit in Manchester last summer. In other incidents, state police actually set up a security zone around cockfight pits to protect cockfighters from exposure by animal protectors. 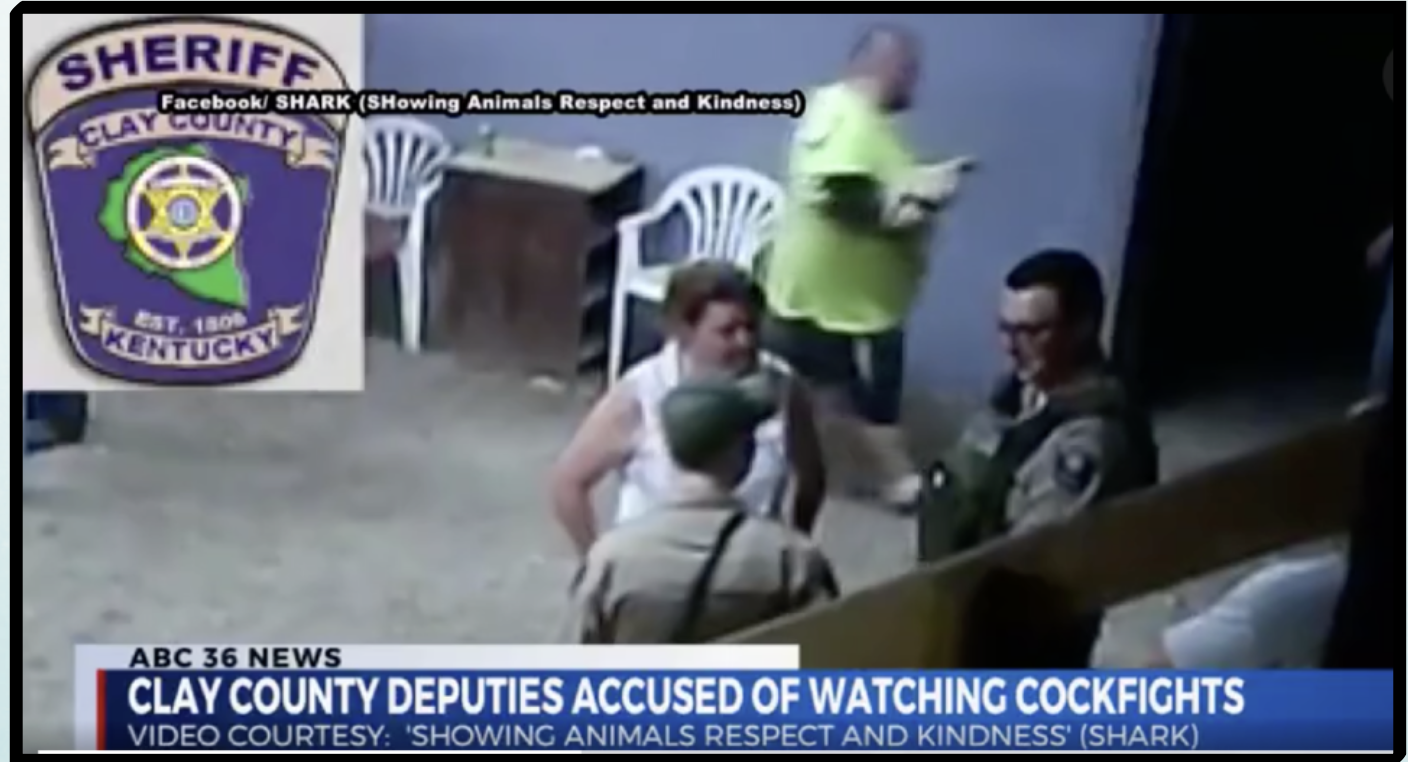 From news coverage of SHARK's undercover video
Cockfighting is much more than animal cruelty and illegal gambling. Cockfighting is linked to illegal drugs, weapons, organized crime and human trafficking. If we have to expose and embarrass every police agency and politician in the state to get that done, we will do it. 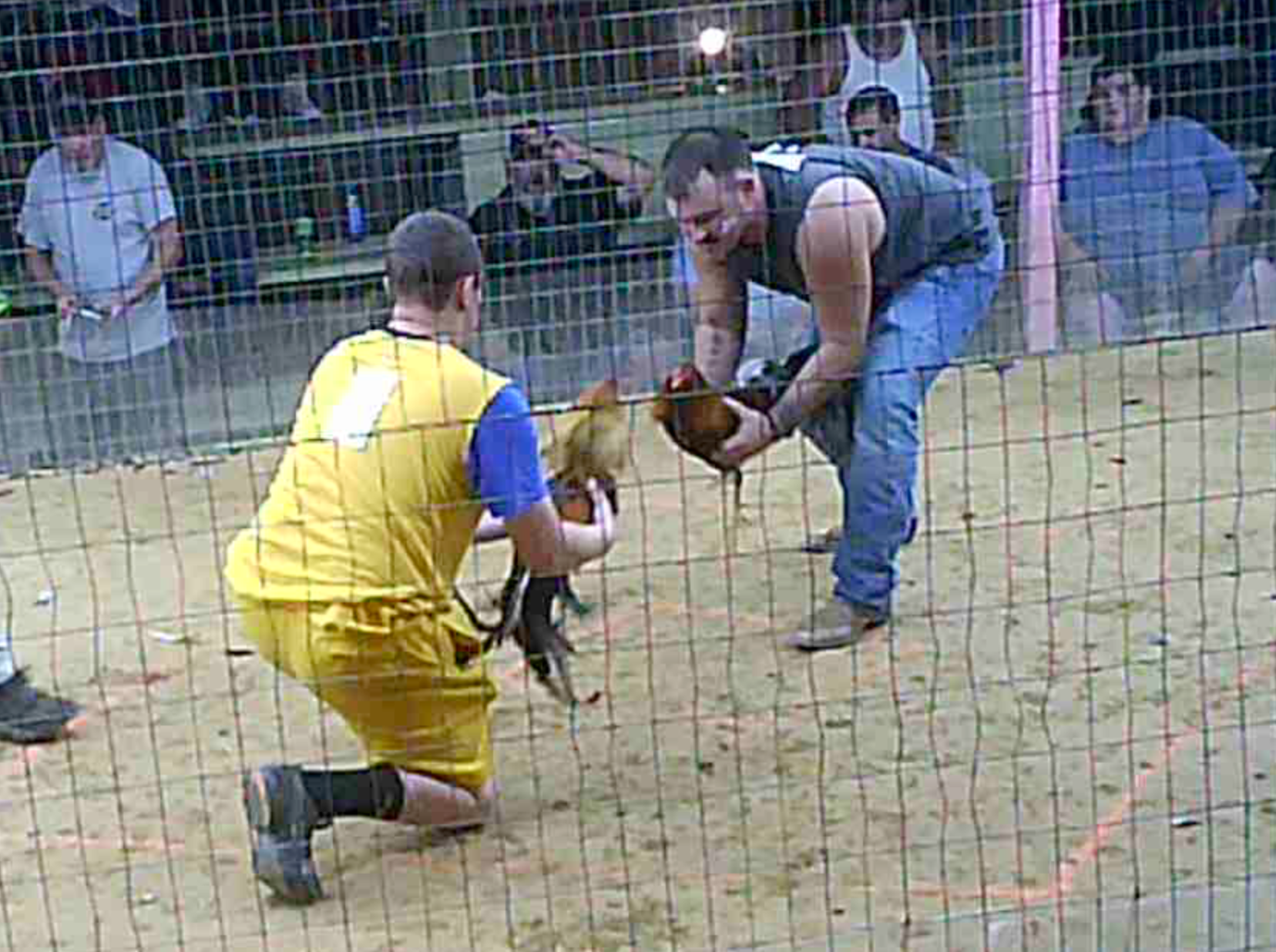 The cockfighting season runs from the fall until early August, when the roosters molt. The 4th of July is critical to cockfighters; it’s their big weekend before the end of the season.

By shutting them down now, we can save thousands of lives, and cost these criminals  millions of dollars. Cockfighters are extremely violent and that we are risking ourselves by showing up and breaking up their big weekend. The Kentucky State Police need to be there. It’s time that the law was enforced and these disgusting, cockfighting criminals thrown in jail, where they belong.


Constant pursuit of animal abusers is an absolute must. This is a large part of why SHARK is more productive then other groups. We don't sit in offices - we are in the field. Unfortunately, this costs money for fuel, food, lodging, wear and tear on vehicles and equipment. Travel isn't fun when you're chasing animals abusers. It's not fun at all, but it is vital to make positive change.