SHARK Shuts Down A Cockfight in Oklahoma!

Last Saturday, SHARK and our partners at the Humane Farming Association scored another victory in our Crush Cockfighting campaign. Acting on a tip, we were monitoring a property suspected of conducting cockfights in Atoka County, Oklahoma. We had earlier droned the property, observing dozens of huts for fighting roosters, and we had also observed and filmed even more roosters at a neighboring property. We knew that both properties are owned by members of the same family.

We saw that a cockfight was in progress, so we called the Atoka County Sheriff's Office. Multiple law enforcement vehicles dispatched to the scene. The cockfighters reportedly locked the gate on the property to hold the officers back and fled the scene. We have provided our drone footage to the sheriff's office, and we await word of further action. We will continue to monitor this property, and we are pleased that we have now cracked the security that has kept Oklahoma cockfights in the shadows. We look forward to many more cockfight busts throughout Oklahoma going forward. 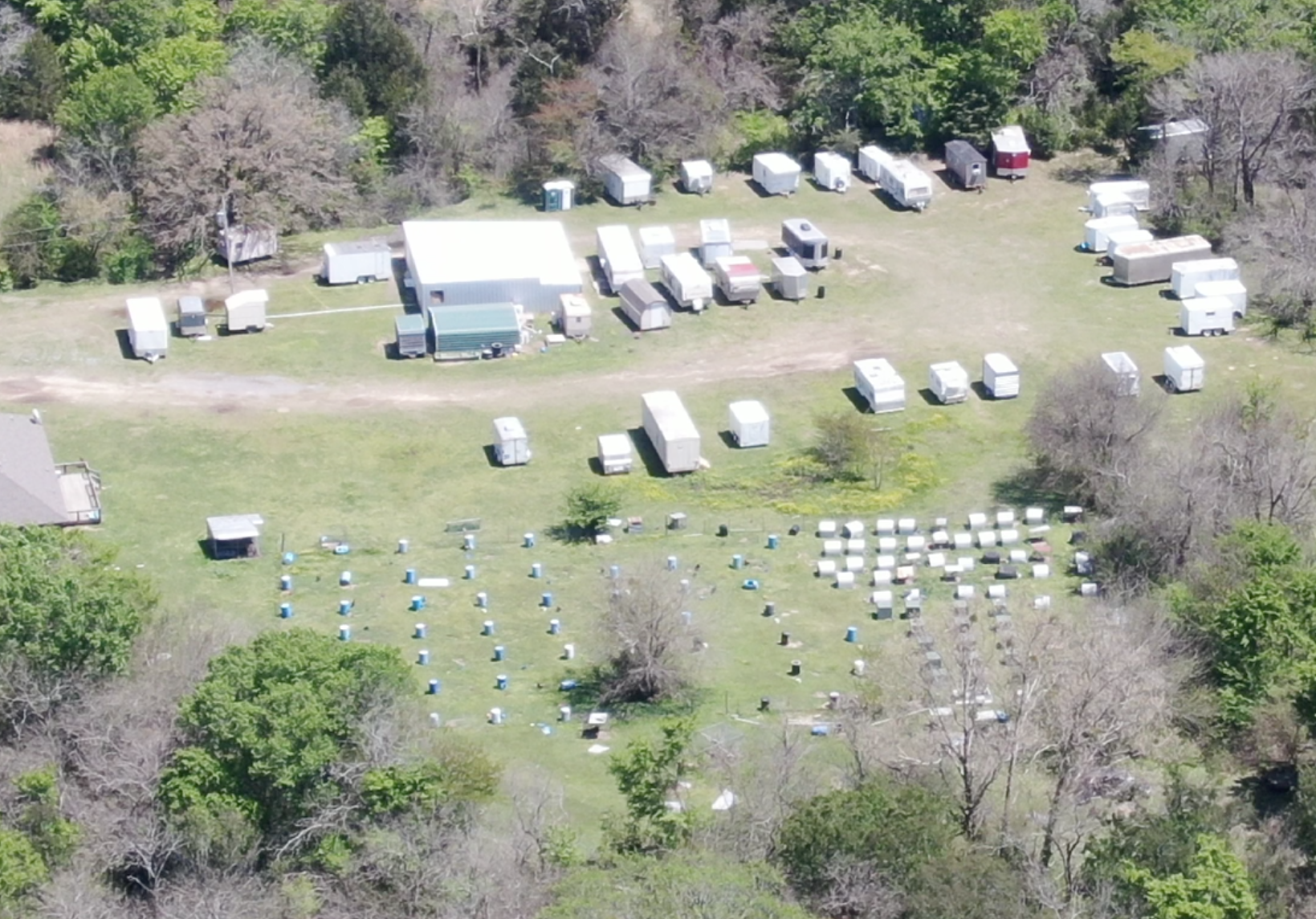 The cockfighting property, taken with our drone. The small boxes at the bottom are where the roosters are kept.

We told you that we were committed to going after cockfighting anywhere we found them, and we are keeping that promise. If you support our efforts again cockfighting, then please consider making a generous donation. The on-the-ground effort against cockfighting means hundreds and hundreds of hours crisscrossing the country, from California to Kentucky and points in between. You can't do this work from an office. This is real field work. It is difficult and often dangerous, not to mention expensive, but if there is to be success, this is how it has to be done.

Last week we released THIS video exposing the relationship between Edward Bruce DiDonato, pigeon shooter and president of the notorious Philadelphia Gun Club where live pigeon shoots are held, and New Jersey based Rider University. Our video focused on the gun club’s long history of targeting female protestors for abuse, including when DiDonato himself used his large SUV to intimidate and harass peaceful protesters.

Our video was covered by Rider University’s own newspaper, and that was enough to make the Administration scramble to remove a page on their website that still had DiDonato listed as a member of the Board of Trustees. However, the more important point we made was that there is a lecture hall named after DiDonato at Rider, and that connected Rider and all the terrible things that DiDonato has done at the gun club.

Our original request was that either DiDonato apologize to the women he and his fellow members of the gun club targeted and then resign from the gun club, or Rider remove his name from their lecture hall. That still stands.

As you can see from the article in Rider’s newspaper, the Administration doesn’t want to comment on this important issue and are hoping it goes away. We aren’t going to let that happen.

Please contact President Dell'Omo and ask him remove DiDonato’s name from Rider’s lecture hall if he will not apologize and resign from the Philadelphia Gun Club.