Animal Protection Groups to Disney -Cruelty is NOT Family Entertainment!

The Disney + streaming service is planning on making a movie glorifying animal abuse at rodeos. SHARK has formed a coalition to stand against this movie (see full list of coalition partners below). 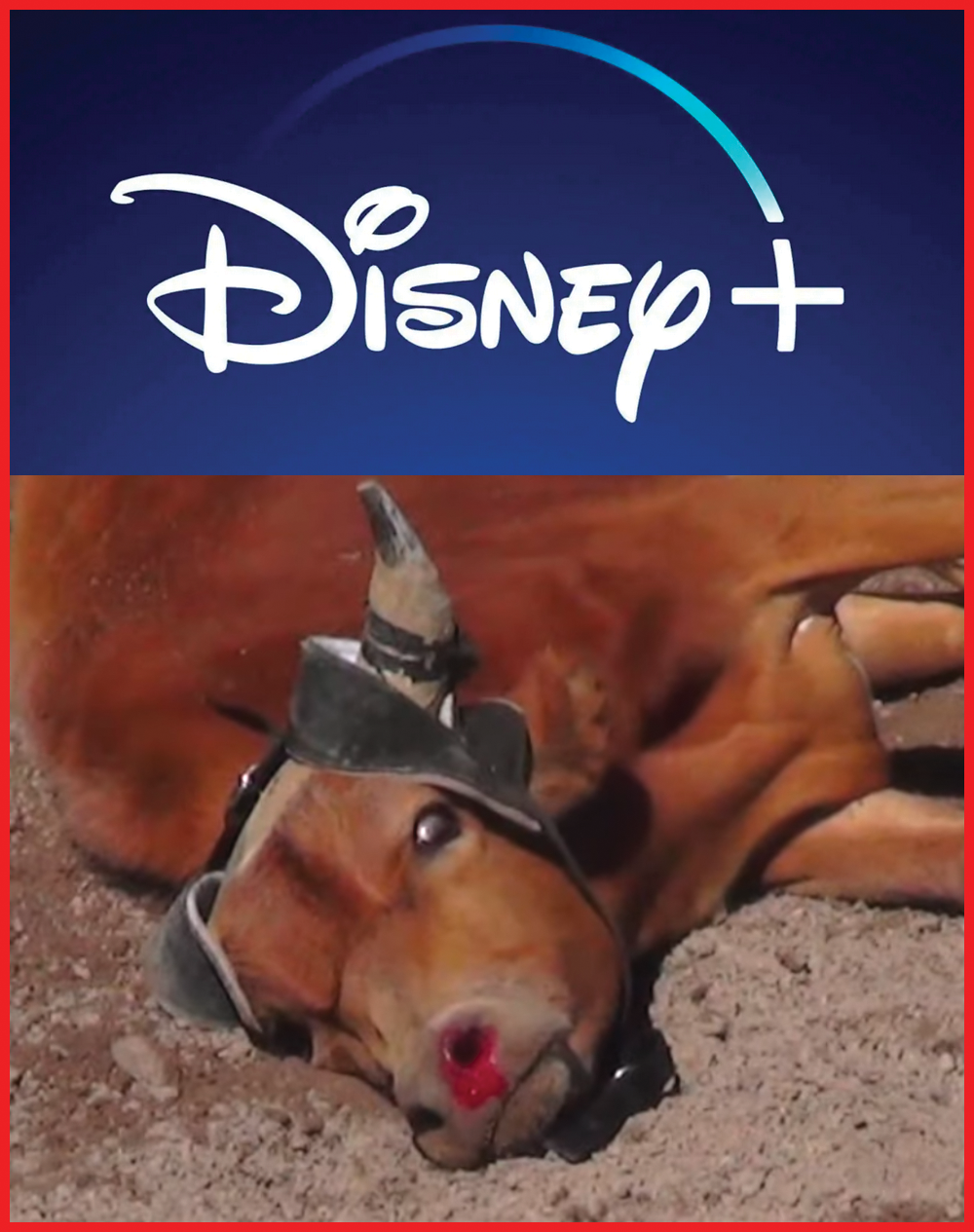 From the press release:

Steer roping is an indefensible act of flagrant abuse, and the Cheyenne Frontier Days Rodeo is an inexcusable spectacle of animal cruelty, injuries, and deaths to calves, steers, bulls, and horses.

“While the sagging rodeo industry hopes this movie will give it a boost, SHARK, LCA and HFA will use it to expose rodeo animal abuse, injuries and deaths,” according to SHARK president Steve Hindi. “If this movie is produced, it will permanently discredit Disney.”

"Disney is a leader in the entertainment industry and should be promoting respect and compassion towards all living creatures. Instead Disney chose to make a movie glorifying the rodeo industry, which inflicts violence and terror upon animals. Shame on Disney, said Chris DeRose, LCA Founder and President. "At a time when we need compassion, peace and understanding in the world, Disney should not be glorifying an industry that promotes violence and cruelty. We will do our utmost to stop production. Should the film be completed, we will leverage it as a glorification of animal suffering. Rodeos are nothing but cruel, painful, and terrorizing for the animals."

“The Walt Disney Company’s stated mission is to ‘entertain, inform, and inspire people’ through storytelling,” said HFA National Director Bradley Miller.  “There is nothing entertaining or inspirational about animal abuse.  We are calling upon Disney, a company known for family entertainment, to stop production of a movie that will only glorify of animal cruelty.”

SHARK, LCA and HFA contend that any Disney involvement in rodeo should be to shed light on the cruelty and corruption of the industry, which SHARK has exposed for the past 28 years.

For more evidence of animal cruelty at the Cheyenne Frontier Days Rodeo, go to ShameOnCheyenne.com. For more information about Steer Roping, go to BustSteerBusting.com.

The Humane Farming Association (HFA) is dedicated to the protection of farm animals and operates the nation’s largest farm-animal sanctuary.  Founded in 1985 and over 270,000 members strong, HFA is nationally recognized for its integrity and its groundbreaking anti-cruelty campaigns.
HFA.org