You can read the full mailer on our website

2019 is a momentous year for SHARK, for it celebrates our 25th anniversary! That’s a quarter-century of unmatched victories for animals. No one has done what SHARK has - and that is why it is so important that SHARK be in the field working for our animal friends.

• Our great work for animals is now imperiled, not due to lack of will on our part, but for lack of money. We simply do not have the resources to carry out all of the many worthy campaigns we have envisioned, and that is why we are reaching out to you in this most desperate hour.

Every dollar you give to SHARK goes right into the fight. We don’t throw money at parties, expensive office space or outrageous lunches and entertainment as some other groups do. Our investigators, who earn just a fraction of what employees of big groups make, work from their homes and are so dedicated to the cause that they have put themselves in harm’s way more times than I can remember in order to get the job done for animals. That’s what makes SHARK so different from everyone else. 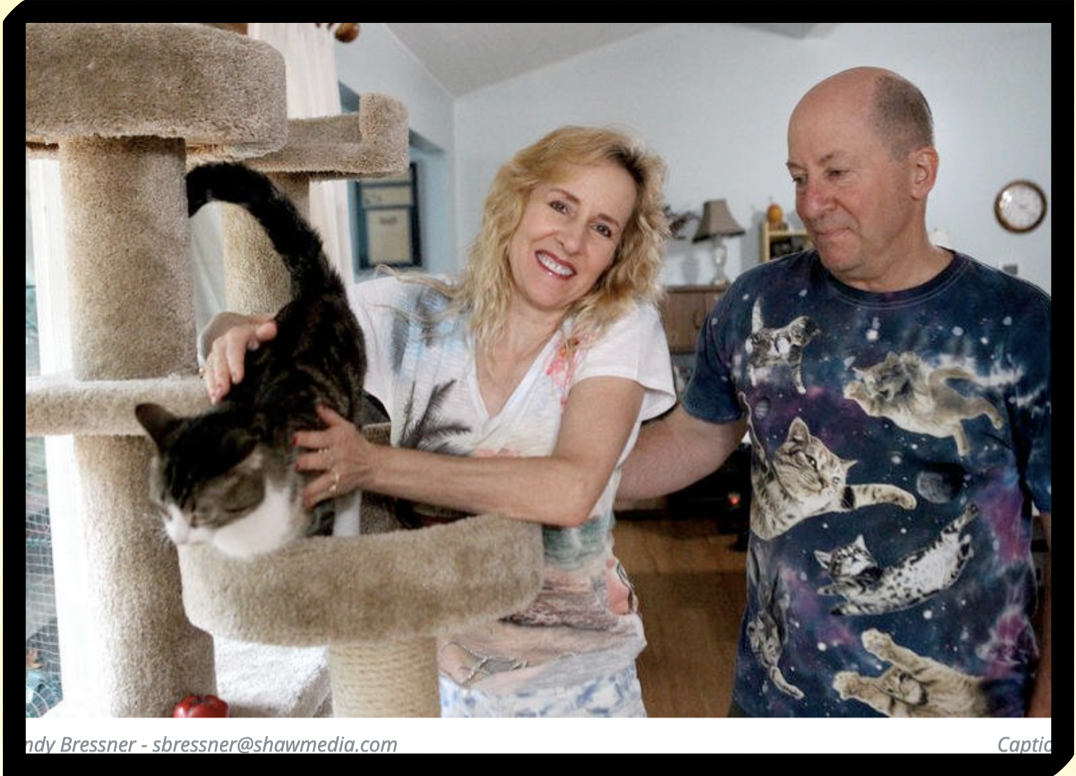 SHARK's 25th year fighting for animals was covered by media in our hometown, including this picture of SHARK President Steve Hindi, SHARK Investigator Janet Enoch and Angel, one of their rescue cats

If you applaud what you will read in this mailer, then please make a donation so that we may continue to be your frontline organization fighting for animals. 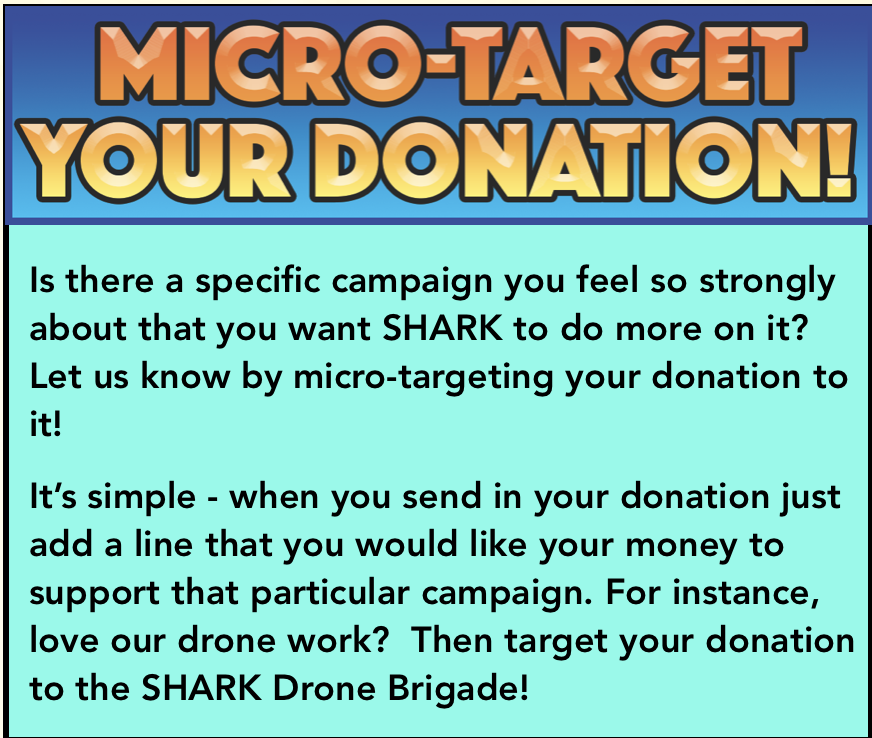 Working with our friends at The Humane Farming Association, In Defense of Animals, and United Poultry Concerns, SHARK has made astounding inroads in just a few months into the battle against cockfighting under our banner of “Crush Cockfighting!” Last year, we were asked for help by a California resident who found properties in Monterey County that violated a rooster keeping ordinance meant to shut down cockfighting operations. Our drones filmed these disgusting farms (see picture) and our video was used by a Civil Grand Jury that issued a damning report about cockfighting in the county! 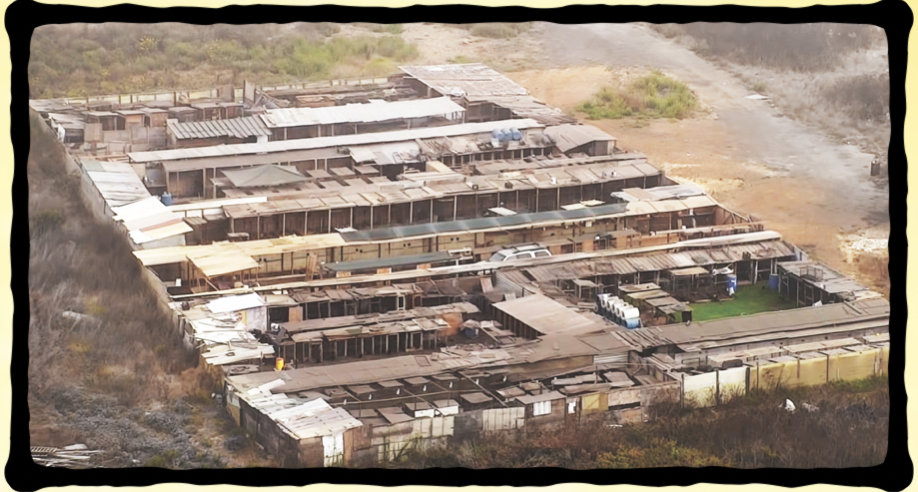 The much larger Crush Cockfighting campaign itself was initiated this year when SHARK found out that a father and son in Kentucky, who were law enforcement officers, were cockfighters. We collected evidence from their own Facebook pages and created reports that were sent to the Kentucky State Police as well as the FBI.  We then began the massive undertaking of recording as much information on as many cockfighters as we could. We are in contact with law enforcement agencies in six states so far, and have provided them with evidence against dozens of cockfighters. This campaign is ongoing and growing, and we believe this will be the greatest concerted effort to expose cockfighting ever to occur in the animal protection movement! 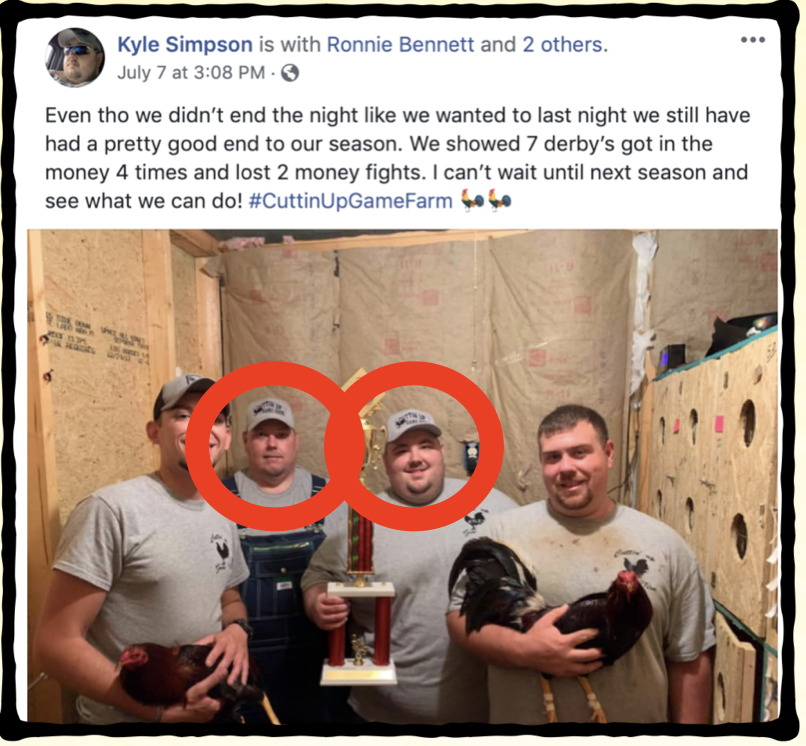 In this picture, a current captain at a KY County jail and his son (circled) is seen posing with a cockfighting trophy. This is an example of the evidence SHARK has collected 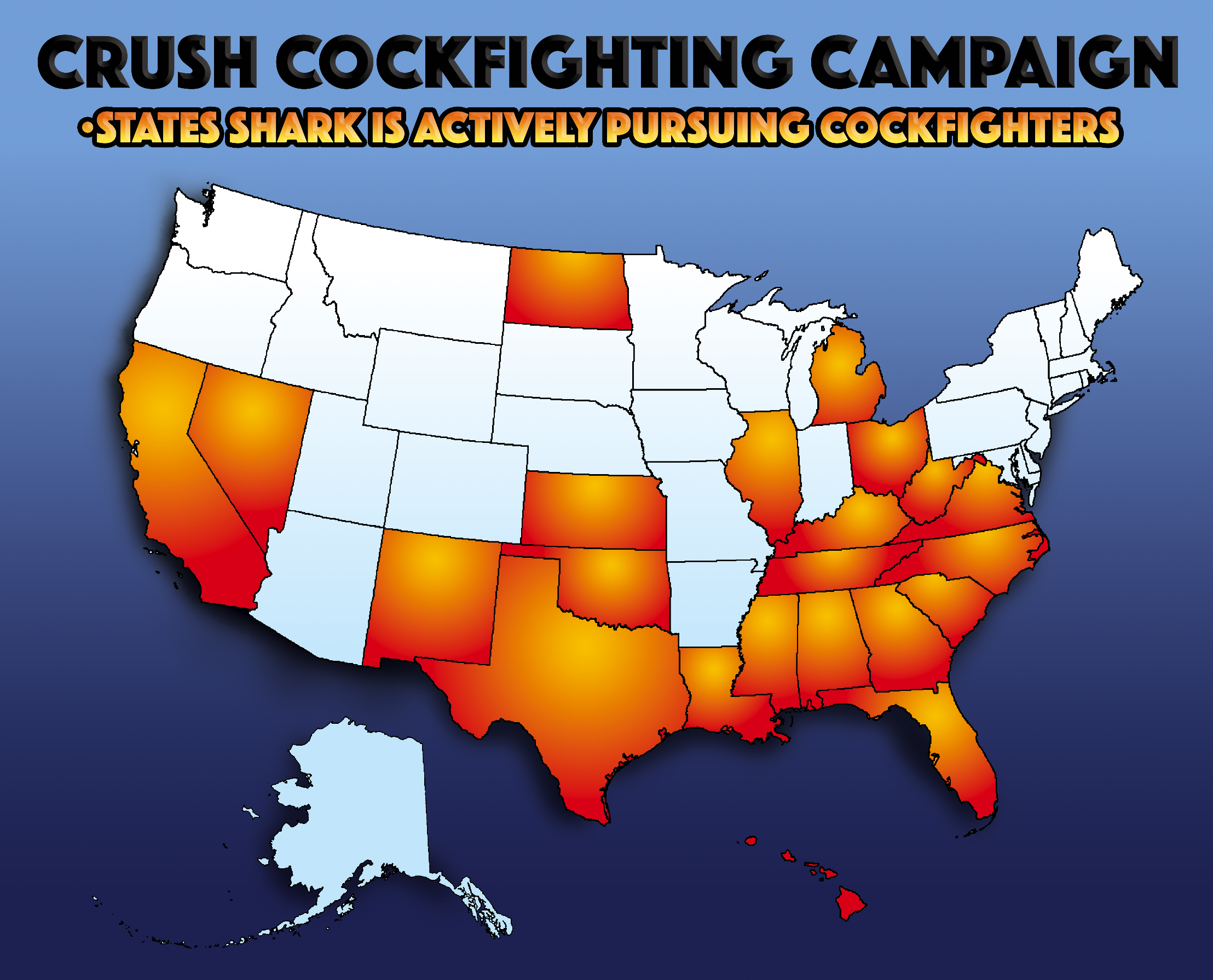 As this map to shows, SHARK is actively pursuing cockfighters in 22 states. This is an enormous advance against these cruel fighting contests! Visit CrushCockfighting.com for more info.