This past June, SHARK released dramatic drone video of a beagle breeding facility in Virginia that was at that time owned by Covance (it is now owned by Envigo). Our video captured images of dogs wailing endlessly as they endured filthy conditions in the cages they were kept in.

The video that exposed the plight of these animals went viral and has been seen more than 100,000 times! Watch our ground-breaking video HERE 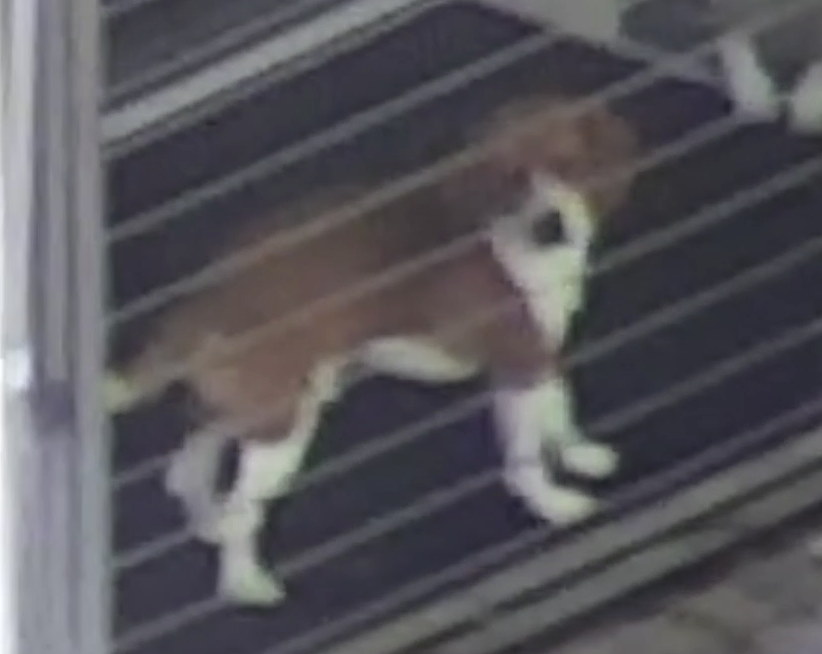 SHARK's high-magnification drone cameras were able to capture unprecedented video of dogs at the breeding facility
ABC 8 in VA covered the story when we released the video in June, and now they have covered it again after PETA, taking our lead, released USDA inspection reports of the same facility.  SHARK's video was prominent in the news story.  Click the picture below to watch the story: 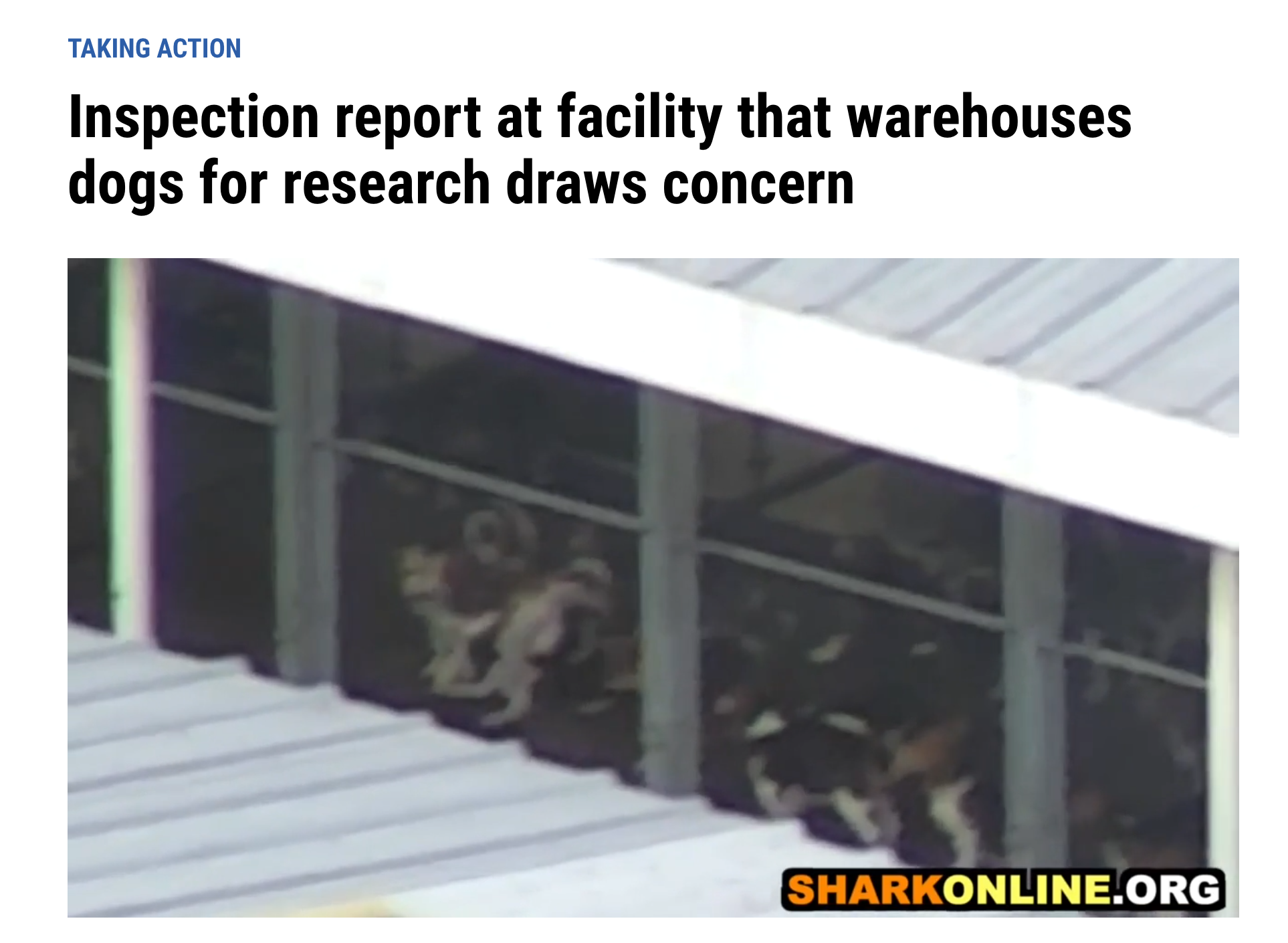 It took considerable effort and time for a multi-state SHARK team to get to VA and film the breeding facility, but we did it because the imprisoned dogs suffering in those cages needed to be seen and heard. If this is the type of activism that you want to see, then please know we can only accomplish this if you support SHARK financially.

Things are heating up in Monterey County, California, where SHARK has been active in the fight against illegal rooster operations that are suspected of supplying cruel and illegal cockfighting. In fact, our drone video of illegal rooster operations and suspected cockfighting properties was used by a Monterey County Civil Grand Jury that investigated an unenforced rooster keeping ordinance. The primary purpose of the ordinance is to stop cockfighting. 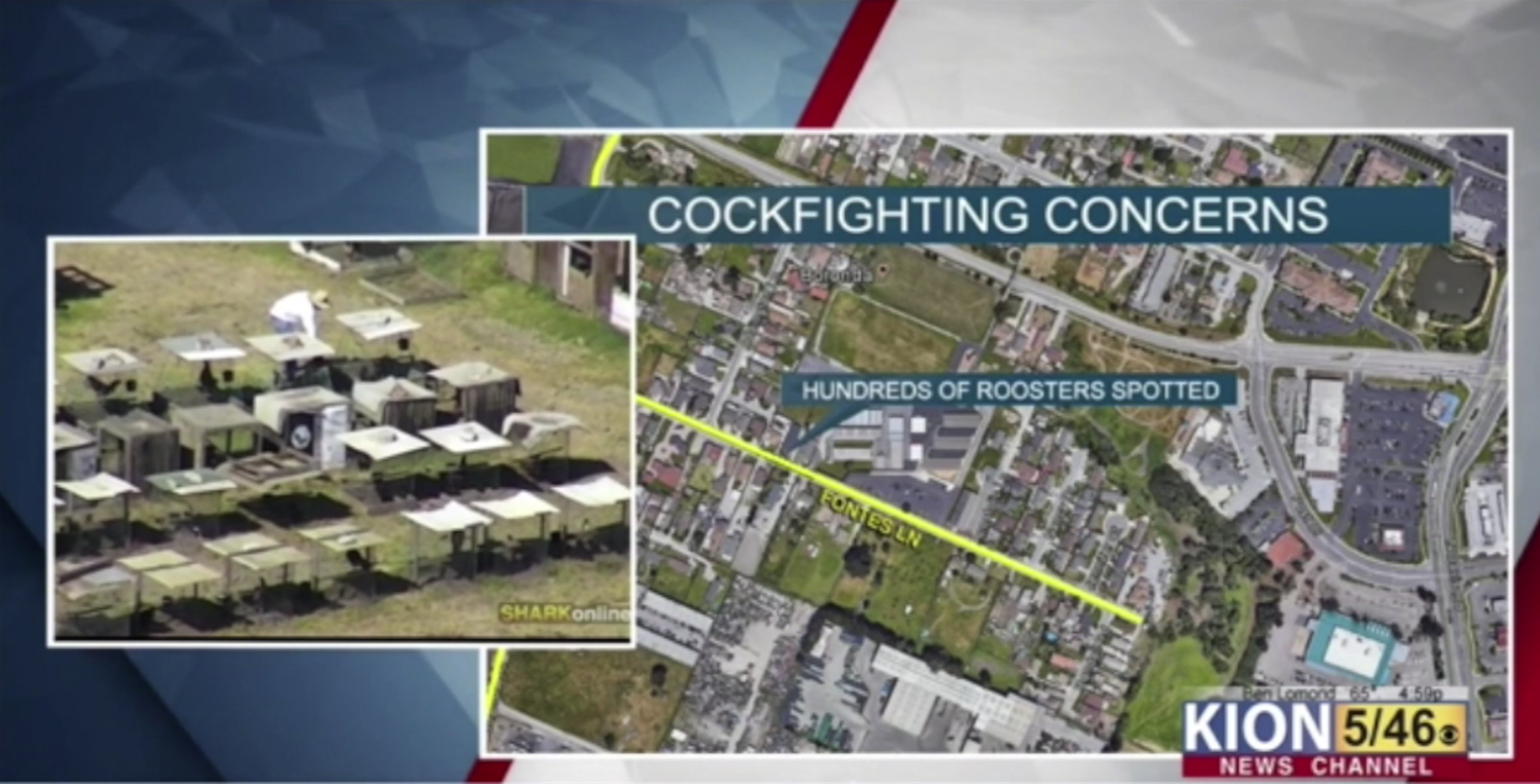 SHARK's drone video was also used by KION for a news story exposing the cockfighting problem in Monterey
The Grand Jury report largely blamed the lack of enforcement on the Monterey County Environmental Health Bureau, including that the author of the ordinance “...used an individual from a known local illegal rooster keeping operation as the resource for writing The Ordinance.” Is it any wonder that the ordinance has failed?

With this shocking information in hand, SHARK President Steve Hindi wrote to John Ramirez, the director of the bureau that the Grand Jury focused on, and asked him four questions related to the Grand Jury report. These questions were:
“Mr. Ramirez, why did your department create impediments to the Monterey County Rooster keeping ordinance?”
“What was the purpose of obstructing that ordinance?”
“Do you have any connection whatsoever to any illegal rooster keeping operation?”
“Do you have any connection whatsoever to cockfighting?”
Here is part of Mr. Ramirez’ response: Instead of responding in a professional manner, Mr. Ramirez responded with an email that appeared to threaten legal action against Steve.
"Unfortunately, I have no intent in responding to your email with unsubstantiated comments or inferences that you make. I also would like to advise you that I have every legal right to address libel or slanderous comments or written statements as to myself or my professional status.”  You can read his full email HERE.

Mr. Ramirez' rather incoherent response is not what one might reasonably expect from a director of a county agency responding in his official capacity.  Steve wrote back to Mr. Ramirez and let him know that asking questions does not constitute libel. You can read the full email HERE.

SHARK is allied with California-based Humane Farming Association, California-based In Defense of Animals, and Maryland-based United Poultry Concerns to deal with cockfighting nationwide. For more information, go to CrushCockfighting.com. 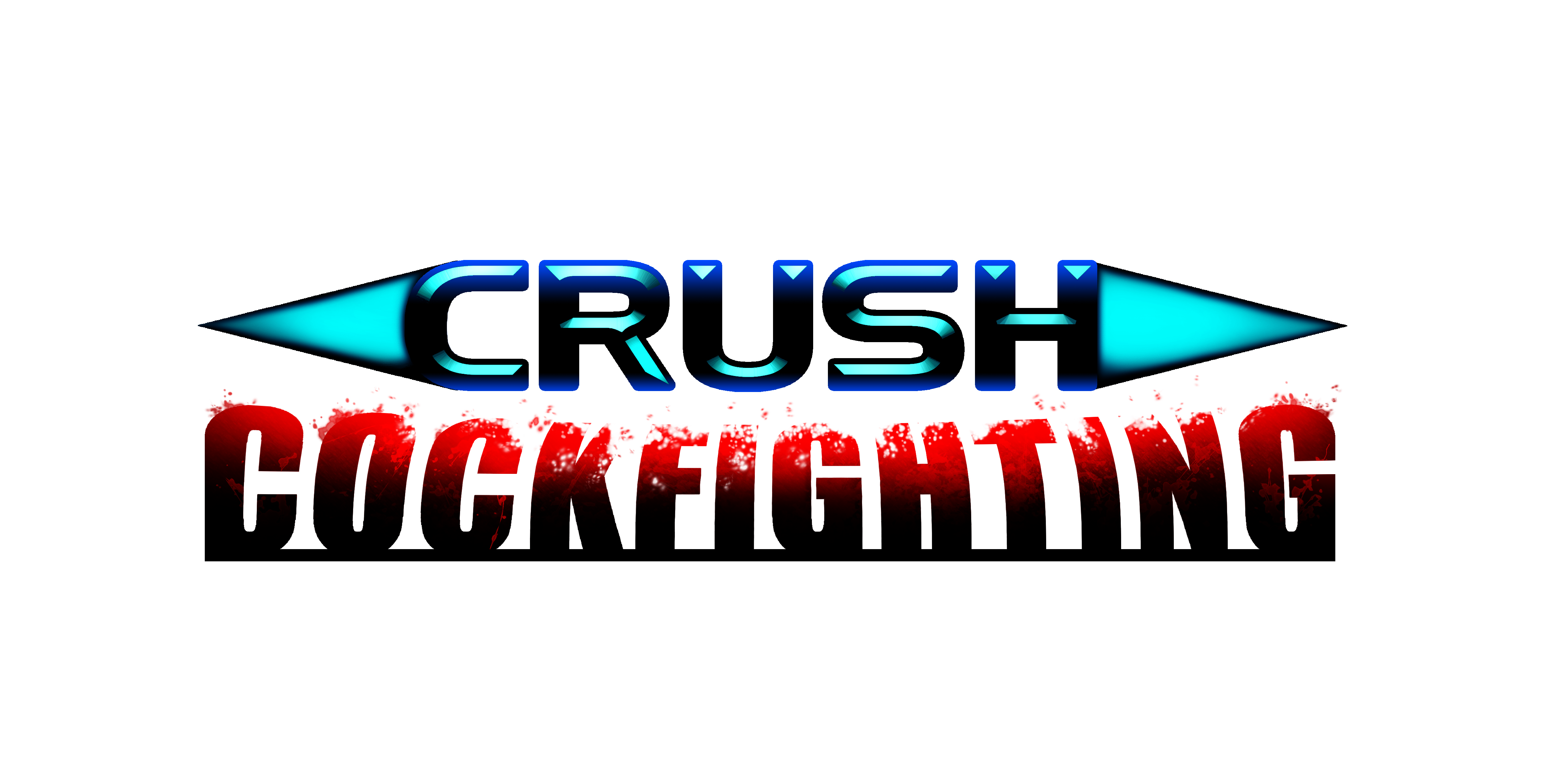