This past Saturday, the opening day for the Cowtown Rodeo season, a horse named Night Watch was killed during a rodeo performance. A SHARK investigator was on-site and filmed what happened.

Read the article on NJ.COM 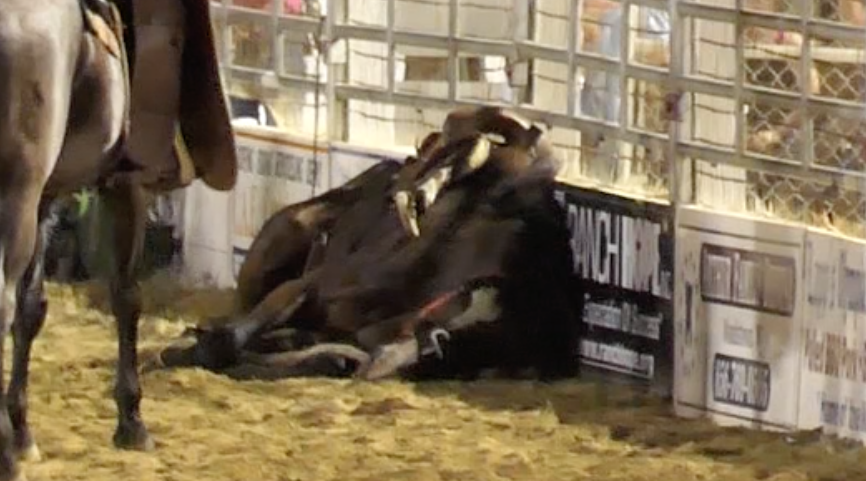 Night Watch slammed into a fence after being ridden. She then collapsed on the ground and began to convulse. Night Watch was then roughly tied up by rodeo handlers and unceremoniously dumped onto a piece of metal fence.

The fence was slotted, not flat, and so small that the entire horse didn’t even fit on it. They then picked up the horse using the slotted fence with some guys grabbing Night Watch’s tied legs. There is no question that using the metal fence caused even more pain for the animal who was dying. We’ve never seen such rough and disgusting treatment of an injured horse. 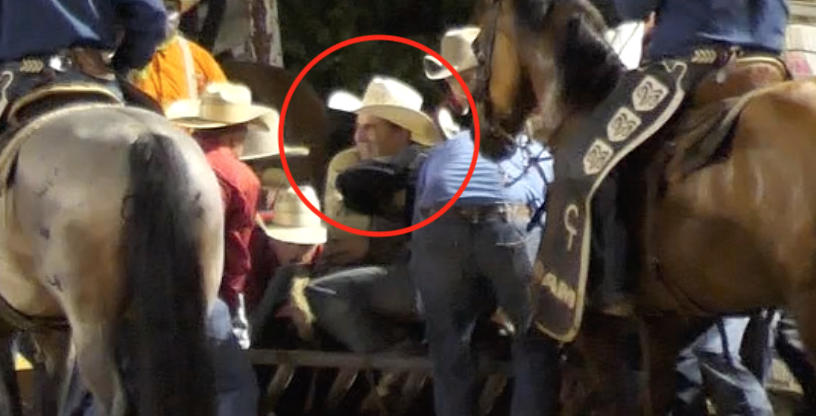 As Night Watch was being lifted up on a metal gate, one of the "cowboys" holding her was smiling. Apparently he thought it was funny that a horse just suffered a fatal injury

Even though there was a tractor with a pallet attached right there, Cowtown instead chose this incredibly cruel method of transporting the horse in order to keep him from being seen by the crowd. This not only failed, as our video shows, but it proves without question how shamefully Cowtown treats the animals it uses  and kills for “entertainment.” 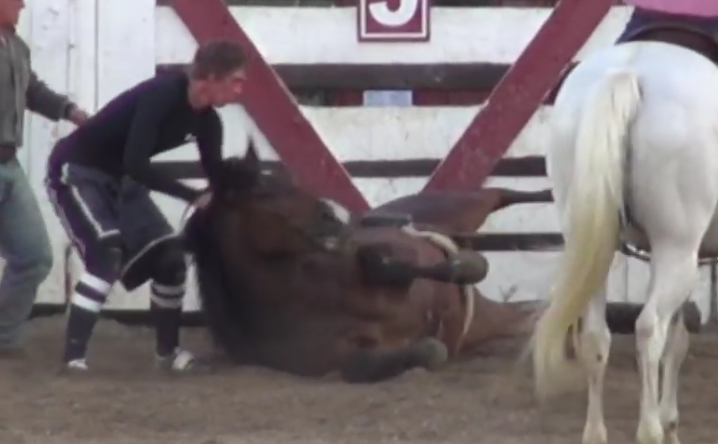 Cowtown has a history of electro-shocking horses and SHARK even caught them sending horses to be slaughter. You can learn more about that in the following videos.

SHARK condemns Cowtown for all the cruelty it has committed, for all the horses not only killed in the arena, but sent to be mercilessly slaughtered for food. They have disgraced themselves once again and now another innocent horse has paid the price.

* SHARK also has evidence that Cowtown used an electro-shocking device on other horses at this rodeo. That video will be released in the near future.

A week before SHARK filmed the death of Night Watch, we had an investigator at the Rowell Ranch Rodeo, which was held on May 19, 2018.  At that event, a horse named Savina was killed after suffering a shoulder injury. 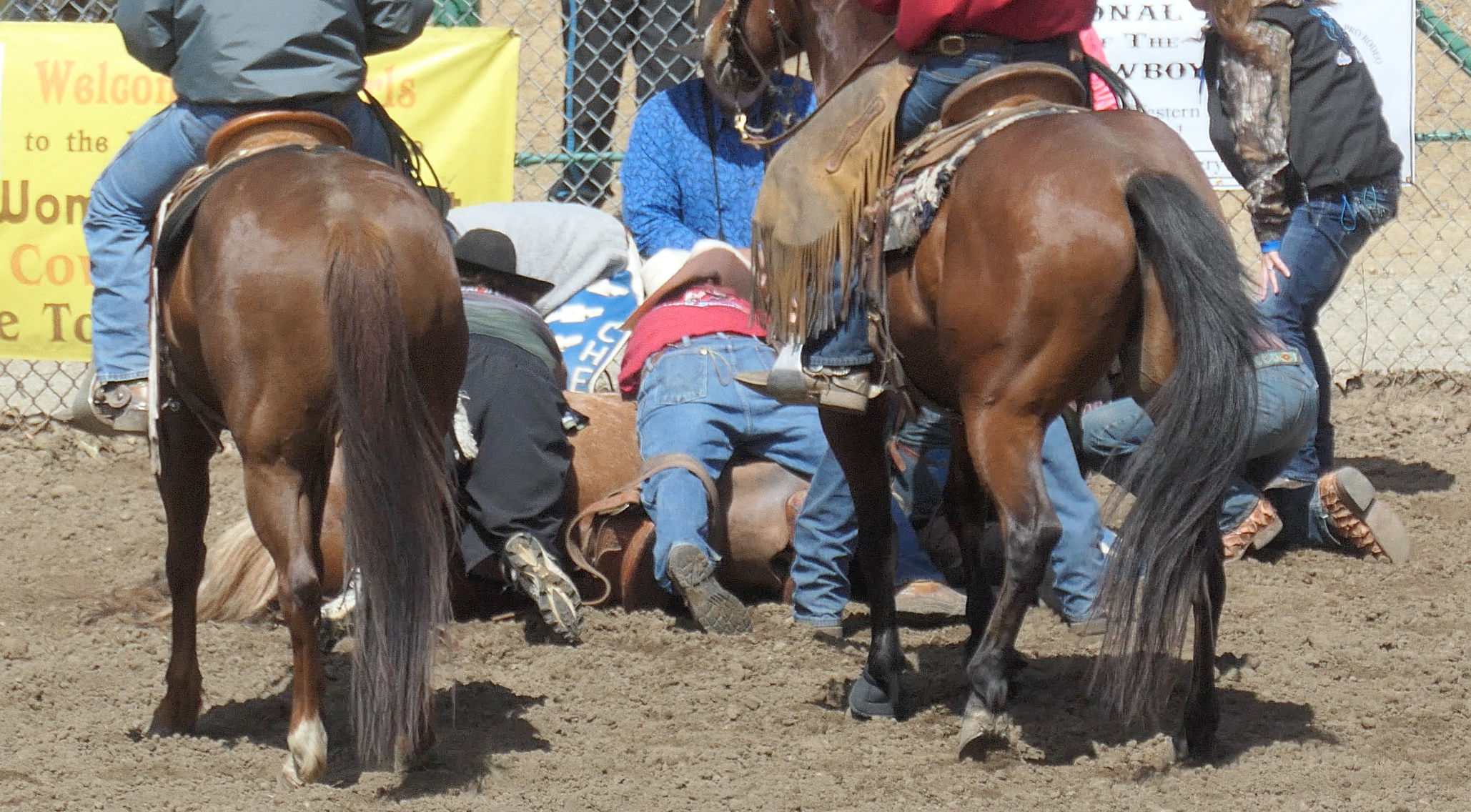 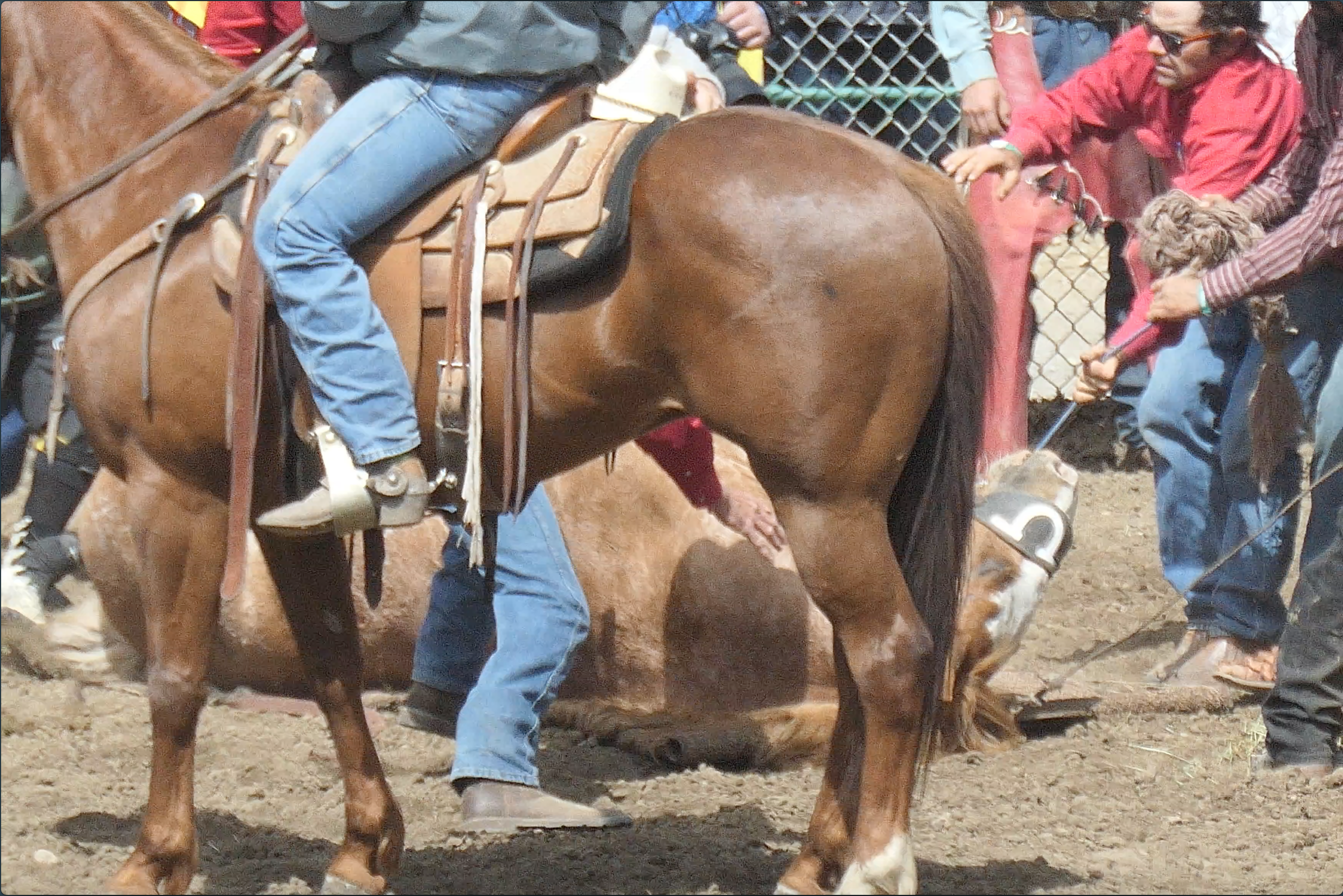 Pictures of Savina, as she suffered after her injury

Unfortunately, our investigator was unable to videotape this tragedy because the Rowell Ranch Rodeo has banned video cameras from the arena. We are seeing video camera bans at rodeos more and more frequently. Generally it’s the worst of the worst rodeos who feel a need to and prevent evidence of their cruelty from reaching the outside world.

The video camera ban is even more galling given the fact that the Rowell Ranch Rodeo receives public assistance from the Hayward Area Recreational District (HARD). In a letter to the editor, HARD Board Member Minane Jameson listed some of that welfare.

HARD purchased the facility for them, despite its limited value to the District (unreliable water source, limited amenities, remote location); HARD doesn’t charge the Association for use of the facility for their two rodeos; HARD has waived fees for their other rodeo-related events; HARD allows hard liquor to be sold on the Rodeo grounds, but nowhere else in the District; and HARD provides free labor and materials for the rodeos and grounds, costing the District about $20k a year. No other organization in the District receives this level of support from HARD.

This is not the first time SHARK has investigated the Rowell Ranch Rodeo - in 2008 SHARK investigator Mike Kobliska documented the same Flying U Rodeo company electroshocking horses during the Rowell Rodeo. HARD eventually fined Flying U Rodeo Co $2500 for animal cruelty based on that videotape.