On Wednesday, May 9, the SHARK team was back at the Minnesota Horse and Hunt Club (MHHC) in Prior Lake, Minnesota. We filmed a quail canned hunt, along with a live pigeon shoot. The excuse given for this cowardly slaughter is that it was a fundraiser for kids. More specifically, the hunt club's owner, Bill Urseth wants money to teach children to kill animals. I kid you not! It's called the Youth Hunting Club of Minnesota. We will have much more on the Youth Hunting Club in the near future, but we wanted to let you know that we are always hard at work and on the ground where the cruelty is happening.

Our Angel drone recorded video of pigeons having their feathers ripped off of their wings, to make them easier to shoot, and quail being thrown around as if they were toys, for dogs to bite and tear at. It was the same type of egregious violence that we documented at the club last month when the victims were pheasants. 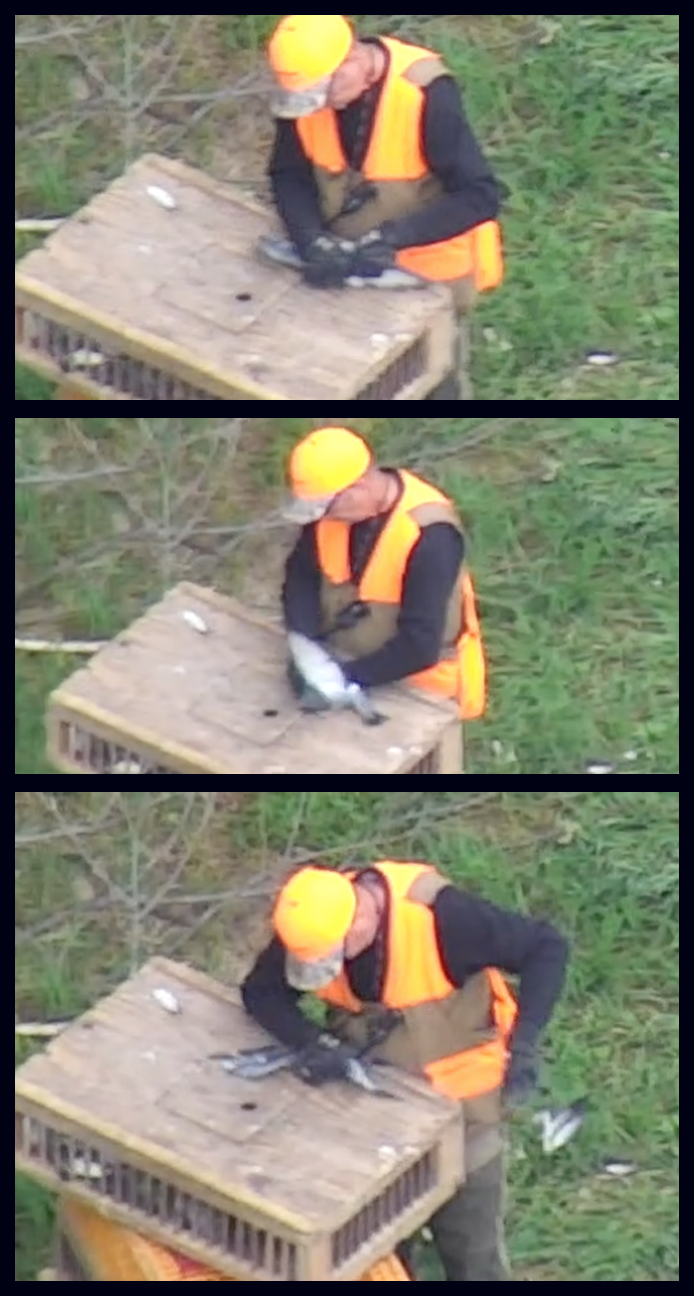 Screenshots from our video showing a worker at the pigeon shoot tearing feathers from a bird
A team from AirVuz accompanied SHARK documenting our work exposing this vicious killing club. The video from AirVuz is in the works and will be shared as soon as it is completed.
Our investigation was also covered by Prior Lake American:
Animal rights groups protest fundraiser at Minnesota Horse and Hunt Club.
MHHC owner Bill Urseth was quoted in the article:

"I've been in the hunting business for 34 years, and I don't know what a canned hunt is," Urseth said.

Really? Bill Urseth is a guy who makes money allowing slobs to blast away at docile, caged raised birds. Urseth needs to go back to school to learn what words like “canned hunt” mean, as well as compassion and ethics. Better yet, SHARK will continue to school Urseth as we expose all the cruelty he and his patrons commit to the whole world.
You can see exactly what type of disgusting canned hunting Urseth holds at his business in the following video:
What Companies Sponsor this Animal Abuse? 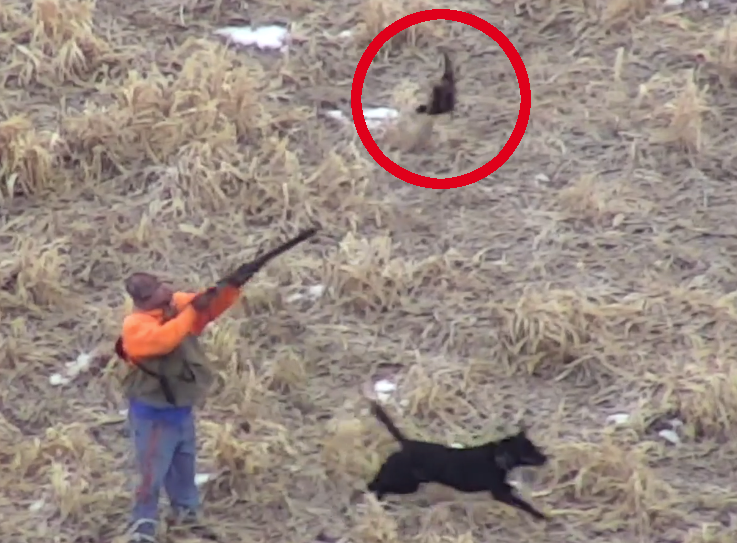 A docile, cage-raised pheasant shot at point-blank range at a previous MHHC canned hunt
Already we are seeing a drop in attendance, much as did when we pursued live pigeon shoots in Pennsylvania, as well as US Senator Jim Inhofe's fundraising live pigeon shoots in Oklahoma, and live pigeon shoots at Broxton Bridge Plantation in South Carolina. Absent any assistance from the biggest national groups, SHARK is single-handedly dealing a death blow to live pigeon shoots nationwide. Ironically, our biggest obstacle in this regard is the refusal of the Humane Society of the United States to turn over information they claim to have about live pigeon shoots in other states, including Ohio, California and Texas. With your support, we will continue to press this issue as hard as we can along with other canned hunting, rodeos, dog fighting and cock fighting, government slaughters including cormorants and deer, and more.

If you are from Minnesota, now is the time to stand-up and speak out against these horrific slaughters. When Walter Palmer killed Cecil the lion, there were dozens of protests with hundreds of people. Bill Urseth, "in the hunting business for 34 years" and his cabal are responsible for the deaths of untold hundreds of thousands of animals. Those precious lives, snatched by the same entitled, repulsive degenerates, deserve the same outrage.

On the subject of the Minnesota Horse and Hunt Club, we are pleased to announce that pet food company NutriSource has officially withdrawn their sponsorships of the MHHC!

Today we received the following email from NutriSource:

"We did instruct the Horse & Hunt club to remove ALL NutriSource logos from their pages as we are no longer a sponsor of their programs."

Last week, SHARK created a video calling for NutriSource to terminate their sponsorship and they did. We therefore have removed the video from public view. We did this to show companies that if they do the right thing, that we will respond accordingly.

NutriSource is now the 6th company to withdraw their support for the heinous cruelty and killing committed at the MHHC. This is an incredibly successful campaign and we will continue to expose those companies who choose violence and blood over doing the right thing.