A few days ago, I sent an email to HSUS President Wayne Pacelle. My intent was to make certain that he was aware that Barry Londeree - Vermont State Director of The Humane Society of the United States, endorsed a bill, H.218, recently passed in Vermont that will DECREASE the size of animal cages. This legislation was sponsored by a former vivisector and would directly benefit puppy mills and other animal abusers.

Vermont law currently requires cages that are larger than the size requirements of the US Department of Agriculture (which are unacceptable). The bill recently passed will bring the sizes of cages in Vermont down to USDA requirements. The bill also removes shelter requirements for some herding dogs.

So why did HSUS side with the bad guys? Pacelle isn’t talking. 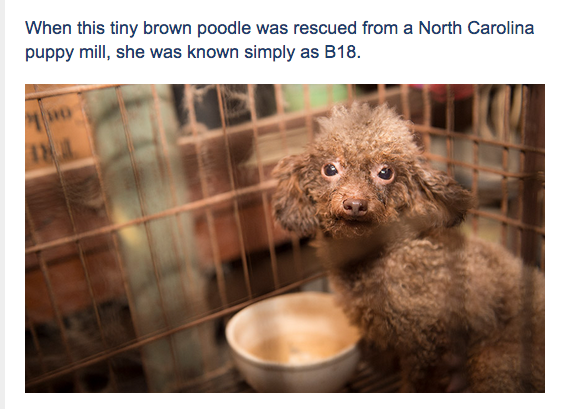 HSUS raises a lot of money from supposedly being against puppy mills - but the truth is they are supporting a pro-puppy mill bill in Vermont
The silence of Pacelle is nothing new. He certainly feels little need to respond to me. Who am I but someone who has been working in the killing fields on animal issues for almost three decades? I don’t wear a suit, and I don’t send HSUS checks. Actually, there was a time when I did send HSUS checks, but that was when I was young and naive. In any case, Pacelle feels no inclination to respond to me, or likely to anyone else who isn’t a donor, especially when what his organization has done is indefensible.

The HSUS endorsement of the legislation was cited not only by the sponsor (the former vivisector) but by another state legislator who wrote, "I have inquired with a House Agriculture member concerning this bill. He assures me The Humane Society of the U.S. approves of this legislation.” That means HSUS’s endorsement was a significant factor in this pro-cruelty bill passing.  In my email, I told Pacelle that he should fire his Vermont State Director, Barry Londeree, and immediately retract HSUS support for the bill in the hope that the Governor would veto it before made into law.
Predictably, Pacelle didn’t fire Londeree or retract HSUS support for a bill that will increase the misery of animals and lead to the deaths of many herding dogs deprived of shelter. This is hardly the first time HSUS, an organization that pretends to fight puppy mills, has sided with the bad guys.

SHARK has had similar experiences with HSUS in our fight against rodeo animal cruelty. Some years back, when SHARK’s work exposing rodeos was featured on the nationally syndicated television show Hard Copy, HSUS managed to get the show to parrot a false claim that HSUS was launching a national campaign against rodeo. That claim was absolutely nonsense designed to turn viewer outrage into dollars for it, as opposed to SHARK who was actually doing the work to stop the cruelty.

I could go on and on with stories of HSUS turning its back on animal cruelty and abuse, and even partnering with the abusers.

An internet pop-up ad from HSUS. Sadly, HSUS is no hero to Vermont's dogs and cats
True animal protectors in Vermont are as outraged by HSUS’ recent betrayal as I am. Longtime animal protector, veterinarian and lawyer Peggy Larson has spoken out, as has Sue Skaskiw, Executive Director of the Vermont Volunteer Services for Animals Humane Society.

How ironic that HSUS runs television and Internet ads begging for money to fight animal cruelty while it actually joins in supporting legislation that supports the very cruelty it claims to fight. Wayne Pacelle should fire Barry Londeree in Vermont, and should then immediately resign, but Pacelle is too much of a coward to do either.

I hope caring people will demand that Wayne Pacelle respond to those demanding that he explain his organization’s betrayal of the animals he claims to protect.
Please contact Wayne and ask him to explain why HSUS is siding with a former vivisector on a pro-puppy mill bill.  Please be polite and respectful.