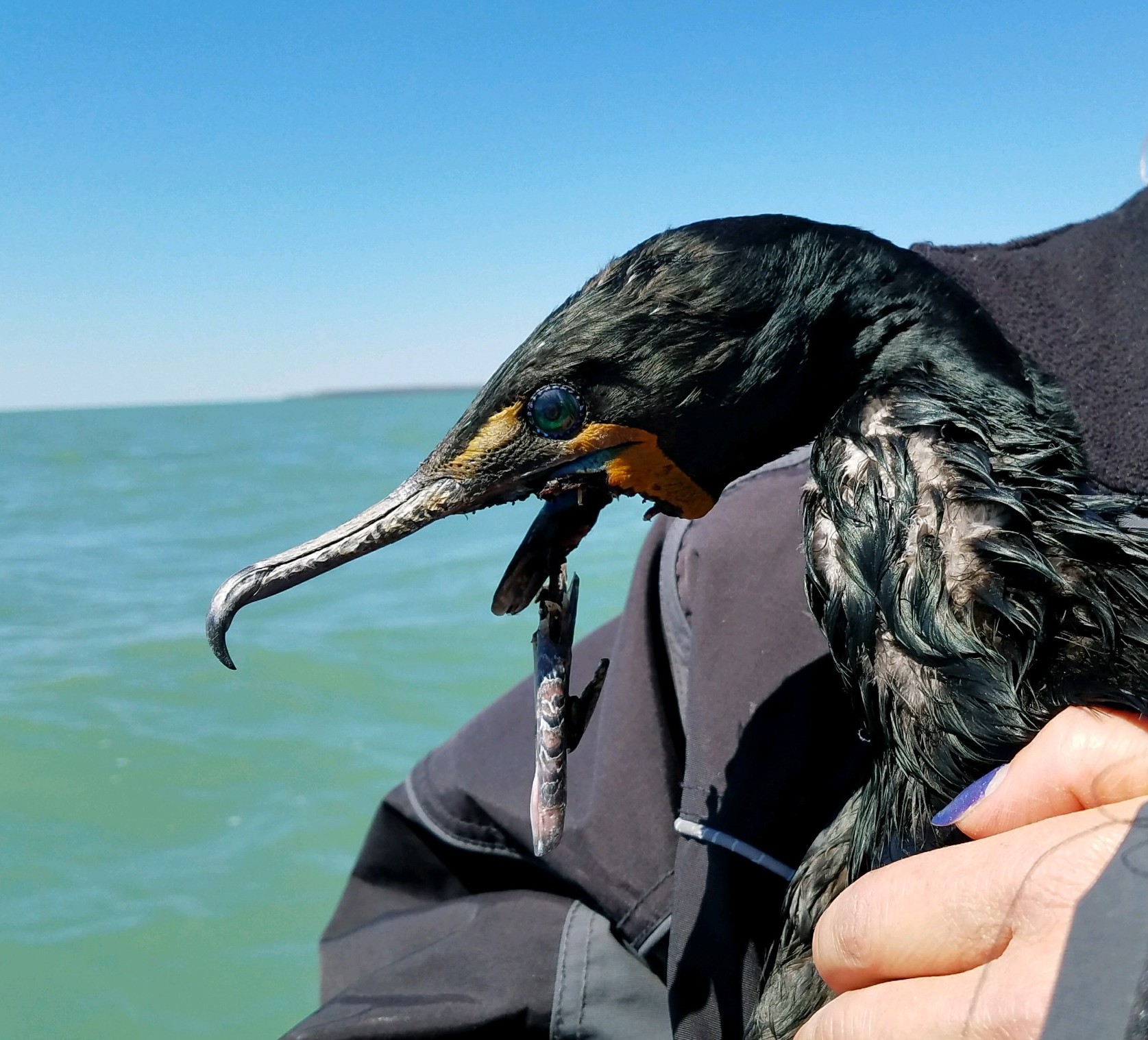 The wounded cormorant SHARK rescued. Her lower jaw had been blown apart
Showing Animals Respect and Kindness (SHARK) is on Lake Erie, just outside the American border, to document a horrific slaughter of cormorants by the Canadian government, specifically Parks Canada and Point Pelee National Park. On our first day out, we discovered a severely injured cormorant who had her lower jaw destroyed by gunfire. We rescued her and took her to a wildlife rehabilitator, but unfortunately due to her injuries she had to be euthanized.

"Without SHARK’s presence on the water, this poor victim of man’s arrogance and utter brutality would have died a very slow and excruciating death from starvation,” states SHARK President Steve Hindi. "At least with us there, she was cared for and shown love before the end.”

SHARK is working with Cormorant Defenders International (CDI), who has been monitoring the culling program since it began nearly a decade ago. Despite being known as a world renowned bird sanctuary and a celebrated location to observe migratory birds, Point Pelee National Park has been slaughtering double-crested cormorants, a naturally-occurring, migratory, colonial waterbird, on Middle Island for nearly a decade. Since that time they have killed more than 20,000 cormorants during the bird’s annual nesting season. The Park management takes advantage of the birds strong fidelity to their nesting site and young by shooting them off their nests them while they are incubating their eggs, knowing that even if they are scared off, they will return quickly so their eggs or newly hatched young don’t die from exposure.

Records indicate that more than 1,000 birds have been wounded during the culls since that time. CDI spokesperson Julie Woodyer reported, “every year birds are shot and wounded but don’t die right away.  This poor bird that has been left for at least five days injured and unable to eat is evidence of the ongoing cruelty associated with this culling.”

CDI and SHARK are calling on the Prime Minster Justin Trudeau to stop the killing of these majestic birds immediately, and end the unnecessary, unscientific and unethical culling of cormorants in Point Pelee National Park.
TAKE ACTION!

Please contact the Canadian Minister of Environment and Climate Change, and Prime Minister Justin Trudeau and ask that the cormorant killing be shut down immediately!
Please be polite and respectful

Prime Minister Justin Trudeau
This email address is being protected from spambots. You need JavaScript enabled to view it.

SHARK’s financial situation is dire and our mission on Lake Erie is costing us thousands of dollars. We are there because it is the right thing to do, but we need your help right now. Please make a generous donation to SHARK so we may continue to save lives and expose cruelty.