This is the final part of our 2016 Year-in-Review. Please click HERE to read the full mailer we've sent out, and HERE to watch our hard-hitting year-end video.

Please Click Here to Donate to SHARK so That We May Continue to Fight for Animals!

In 2014, a number of organizations received a tip that Jim Inhofe, United States Senator from Oklahoma, was going to hold a live pigeon shoot fundraiser. SHARK did what none of the other groups (while sitting on millions of dollars) did - our investigator attended the event undercover and filmed the horror and violence that unfolded.

This past September, when Senator Inhofe held another pigeon shoot fundraiser, SHARK once again did what no other group would even think to do - we not only protested and filmed the shooters, but we went to the shoot site and rescued 29 wounded pigeons that Inhofe and his cruel donors left to die slow, excruciating deaths. 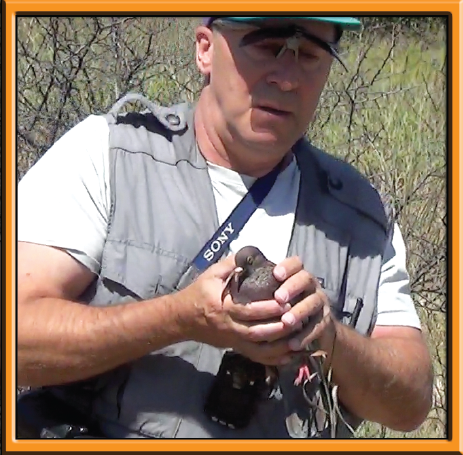 SHARK President Steve Hindi and an injured pigeon
Dramatic Reduction in Attendance
Our three-year public campaign against Inhofe’s annual pigeon shoot has had a dramatic effect on attendance for his disgusting political fundraiser. In 2014, there were ten shooting stations at the pigeon shoot and the entire shoot lasted more than an hour and forty-five minutes. In 2015, there were only eight shooting stations.

This year not only did the number of shooting stations drop to six, but the shoot lasted only forty-five minutes, a dramatic reduction since SHARK took on this campaign. That is cause and effect. That is how SHARK saves not only the animals we rescue with our own hands, but the animals who will never be shot and killed in the first place.
SHARK put out a nationwide call for activists to join us in this important fight, and we want to thank those who were there with us from Kansas, Arizona and California, Oklahoma and Texas.
Inhofe Shot Pet Birds
We found bands on the legs of some of the 29 injured birds we rescued, and from others that were left to rot on Inhofe’s killing field. We used the information on the bands to contact the former owners of the birds. They were surprised and shocked that the bird they hand-raised were used as living targets. 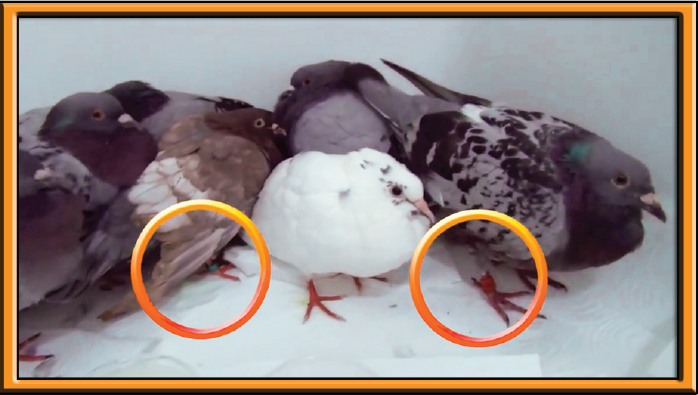 Some of the pigeons we rescued with bands on their legs. It’s clear that Inhofe slaughtered pet birds for his disgusting political fundraiser.

All the victories and ground-breaking campaigns we have shown you in our end-of-year series of emails would not have been possible if not for your generous support. The truth is, we need that support right now. Unlike most other groups, SHARK does not hoard millions of dollars while still pleading for more money. Our funds are almost gone. There is only enough money to pay for our investigators for a couple of months, then it’s over.

What makes our stunning array of campaigns and victories for animals even more amazing is the fact that there were only a handful of us working on all of them. You will find no better value for your donation than with SHARK, and I can assure you that with that financial support, we will continue to bring you ground-breaking victories that will save lives that other groups ignore.

Steve Hindi
Founder and President
Please either mail a check to: SHARK at P.O. Box 28 Geneva, IL 60134 or click here to donate online