It was just over one year ago that SHARK investigator Stu Chaifetz went undercover at a Mexican-style rodeo held at the Dream Park in Gloucester County, NJ. The undercover video of the rodeo, which included bulls being mercilessly whipped and shocked with an electric prod, as well as rampant alcohol abuse, received major media coverage. 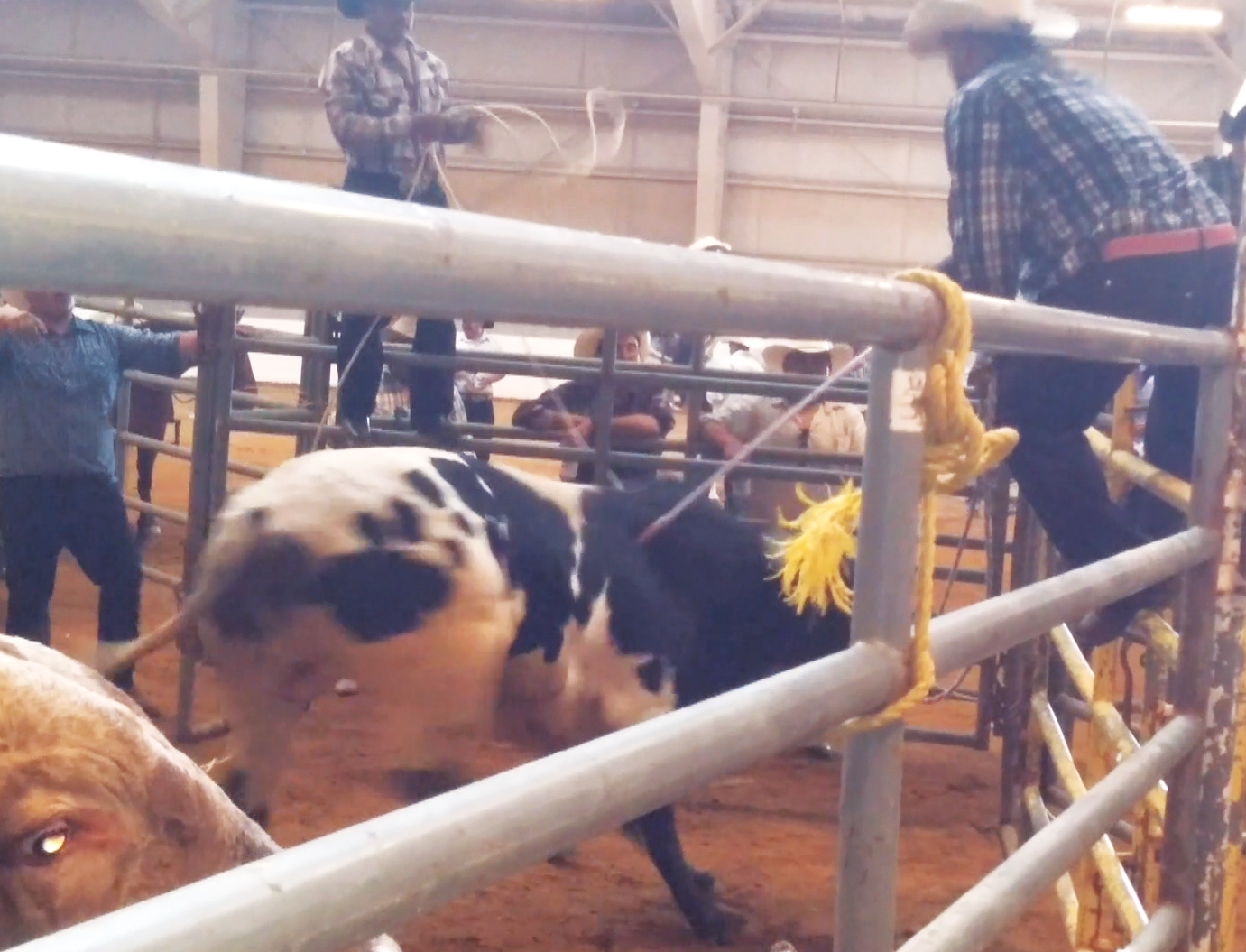 One of the bulls being violently electro-shocked

In the wake of the mass-condemnation of the rodeo, the Gloucester County Freeholders (who own Dream Park) agreed to not hold any more such events at their facility!

Last week we became aware that another rodeo was going to be held at Dream Park on June 18th. On Dream Park's official schedule it said that the event that night was to only to be “dancing,” but we had evidence that this was not the case.  That evidence was the following flier advertising the event: 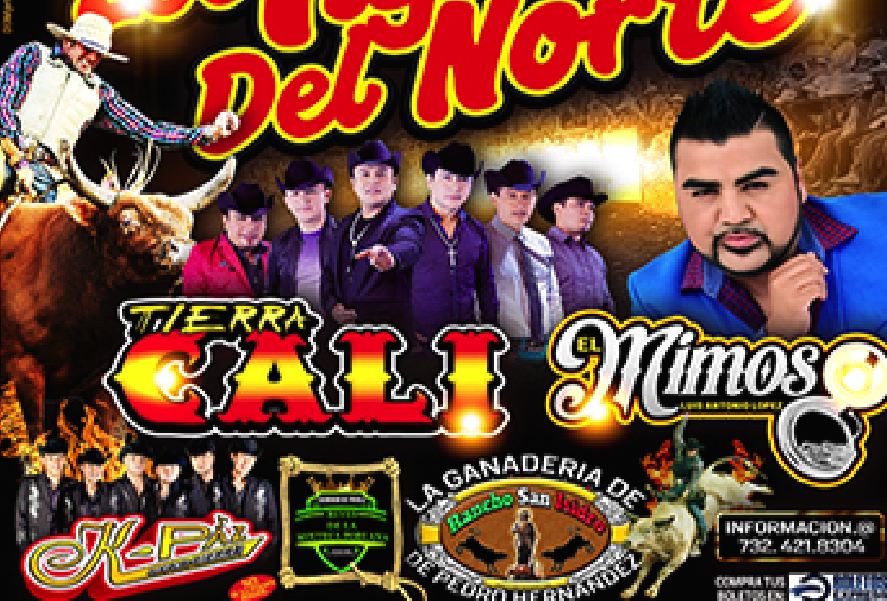 Part of the flier we found promoting the "dancing" event. Note the bull riding images on the far left and bottom right

You can clearly see two images of men riding bulls on the flier, which means that while the event host was telling Dream Park this was only going to be a dance, they were secretly planning on holding a rodeo as well!

We immediately contacted Dream Park and were assured that their policy was still not to allow rodeos back at their facility.  Once they saw the flier however, they realized they were being mislead and cancelled the event! We want to sincerely thank Dream Park and the Gloucester County government for keeping to their word and for acting quickly and decisively to shut the cruel rodeo down.

The bad guys almost got their way, but SHARK's vigilance stopped them in their tracks.

In August of 2014, SHARK sent a full team of investigators to film a horrendous pig wrestling event that was sponsored by the St. Patrick Parish in Stephensville, Wisconsin.  The cruelty was abominable and our video went viral, being viewed more than 136,000 times. Working with our local partners, the Global Conservation Group, we fought hard to convince the church to not allow another pig wrestling event.

A terrified pig squealing wildly while being abused. This animal's leg was injured
We held press conferences in WI, released a number of videos exposing both the cruelty and disgusting behavior of the participants and even filed a lawsuit for violating WI anti-cruelty law. In April of 2015 we received the very welcome news that no longer would the parish hold pig wrestling events!  That was a major victory for the cruelty had been going on for decades.

When news broke that the Stoughton Fair was planning on having a pig wrestling event, we went right back into action. You can read about the campaign in THIS article.

Our combined efforts to expose the cruelty of pig wrestling had an important educational component which worked, and we are very pleased to announce that the pig wrestling event that was going to happen in just two weeks has been cancelled!

Stoughton's Fair Board has decided to accept a deal from the City of Stoughton offering $6,000 in exchange for pulling the plug on the popular main attraction pig wrestling.

We want to thank the Stoughton City Council for caring about this issue!

Last Saturday, a cat in Delanco, NJ, was shot with a crossbow and left for dead. Thankfully she was found and is going to survive, however, there is still a vicious thug out there who shot the cat for fun. The person who shot that poor animal with a crossbow is a danger to humans and animals alike, and they need to be held accountable for what they did. Therefore SHARK is offering a $1,000.00 reward for information leading to the arrest and conviction of the person who shot the cat with an arrow.
Read the story HERE

SHARK President Steve Hindi has challenged Kurt Wall, the organizer of a planned cownose ray killing contest in Maryland on June 26th, to debate the ethics of slaughtering pregnant rays.  As we suspected, this “brave” bowhunter hasn’t had the courage to respond to our challenge.  We will have much more on this next week, but here is our letter that we emailed to him. 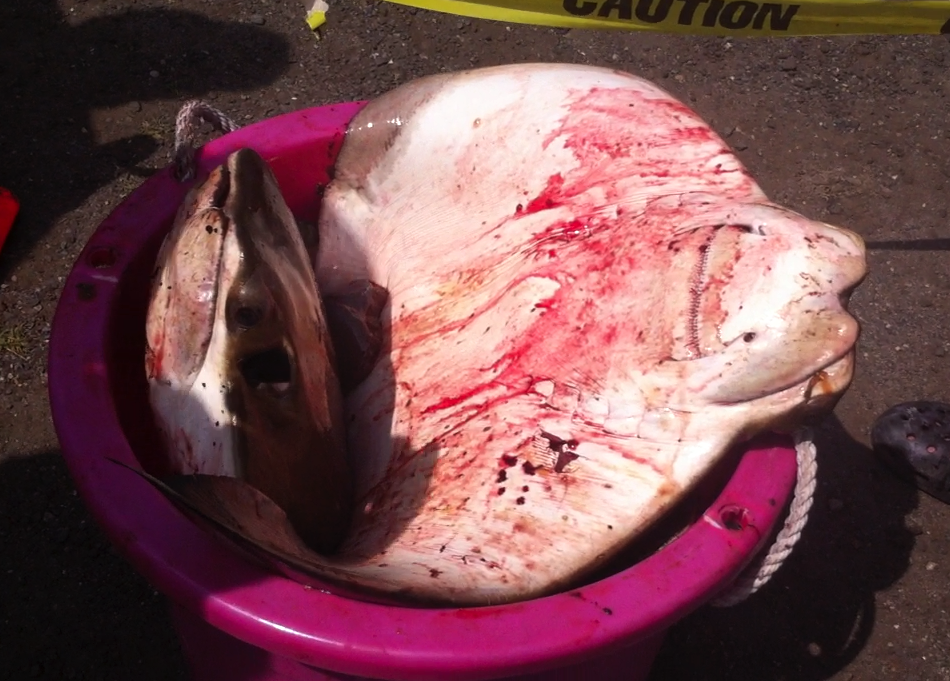 My organization, SHowing Animals Respect and Kindness (SHARK), is actively working to expose and stop cruel cownose ray killing contests in Maryland. As you are the organizer of the “Big 5 Stingray Tournament” scheduled for June 26th, where cash prizes will be given out to those who slaughter cownose rays, I am challenging you to a public debate on the issue.

SHARK exposed how barbaric these types of contests are when we documented a cownose ray killing contest held at the Seabreeze restaurant in Mechanicsville, MD. The public was not only horrified when they saw innocent pregnant rays begin shot with arrows and beaten with bats, but how their dead babies were pushed back inside them because the bowhunters wanted their dead bodies to weigh more. You can see exactly what I am talking about on these video links:
Horrific Ray Slaughter on Patuxent River

Cruel Bowhunters Shoot Harmless Pregnant Rays
Not only did our video spur more than 136,000 people to sign a petition condemning ray killing contests, but it prompted the Chesapeake Bay Program to conduct a scientific workshop about the rays. The workshop report, along with a subsequent scientific report, vindicate the rays who have been "a convenient scapegoat" for human-caused problems. The reports also warn that the rays are highly vulnerable to human predation. Marine scientists have, in fact, for years been urging Atlantic states - Maryland and Virginia in particular - to take immediate action to protect the threatened cownose ray population.

As you have no problem shooting and killing innocent pregnant rays, I am sure you will muster the courage to defend your cruel and wasteful contest to the public. And if you are not willing to defend your killing contest, then that will speak volumes as well.

Please reply as soon as possible so we may set up a date and location before or immediately after your slaughter contest is held. My personal preference is that you hold it right after the weigh-in. Then all your Rambo wannabe buds can see the outcome.

SHARK will be at the “Taking Action for Animals” conference this weekend in Arlington VA. If you are going to the conference, please stop by and say hello. We’d love to see you!

As we noted in our last update, PayPal mistakenly put out account on hold.  The issues have now been resolved and you are able to donate to SHARK once again through PayPal.

If you are happy with the victories we have shared with you today, then please consider supporting our work with a donation. We need your help if we are to continue to save lives!
Donate online HERE