Victory! No Horse Tripping at the Big Loop Rodeo!

As we told you yesterday, SHARK has a team of investigators at the Big Loop Rodeo in Jordan Valley, Oregon.

There had been concern that the Sheriff of Malheur County would not enforce the ban on horse tripping that was made law after SHARK released horrific video footage from the 2012 Big Loop Rodeo. We also told you that, to get around the rodeo’s ban on video cameras inside the rodeo, we would have our “HiPods” stationed outside the arena, so that we could film everything that happened during the rodeo.

We are pleased to announce that not only did the Sheriff make a statement that he would enforce the ban, but that there was no cruel horse tripping at the rodeo! 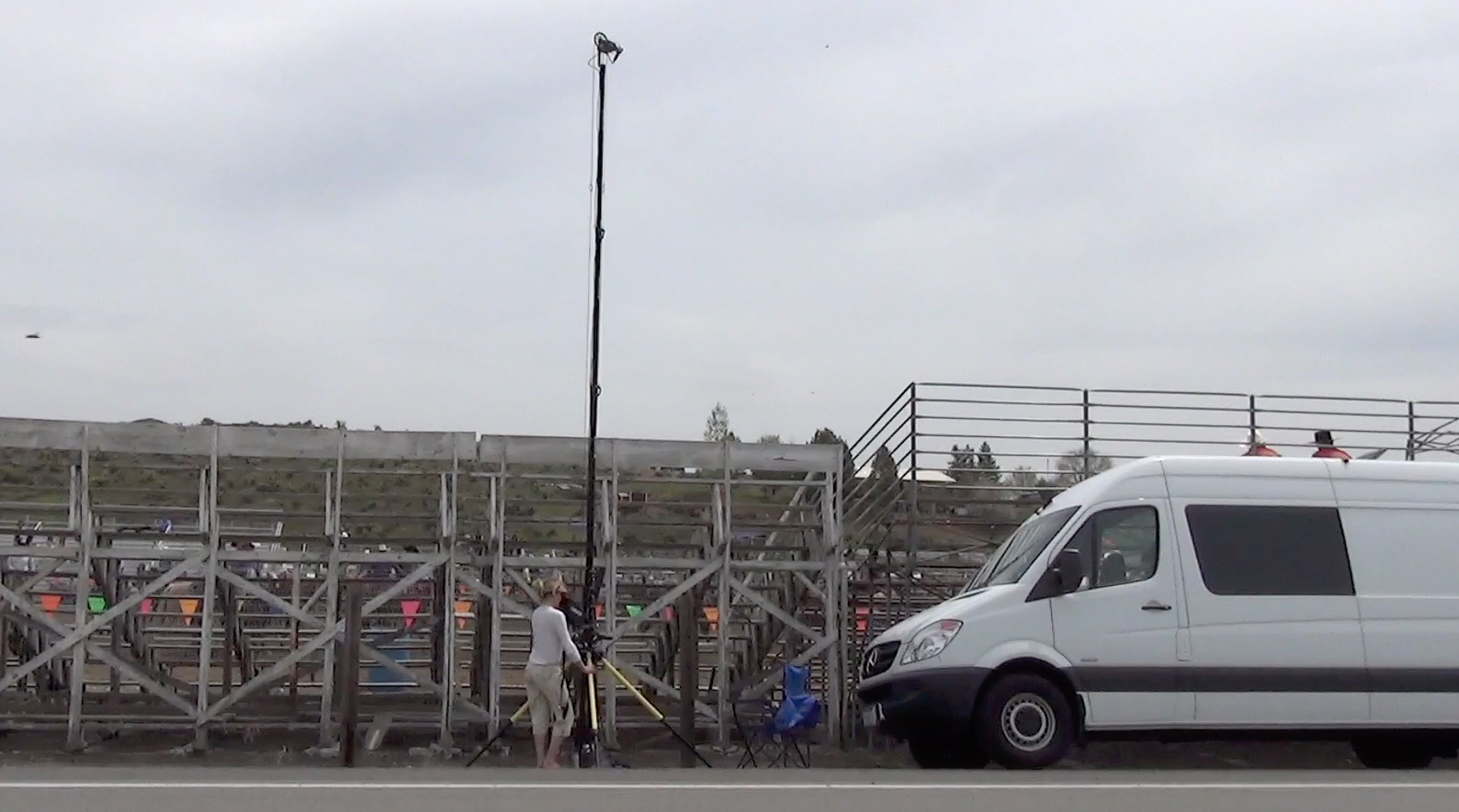 A SHARK investigator at the Big Loop Rodeo operating a HiPod with a video camera attached to the top.

This is an enormous victory for horses. Just two years ago, the Big Loop Rodeo thought that they could get away with abusing horses and no one would do anything to stop them. Then SHARK made the long trip to Oregon and sent shockwaves when our video exposed the brutality of horse tripping. Everything changed once SHARK got involved.

We want to also note that some rodeo spectators threw water balloons at one of our investigators who was filming the rodeo. The Sheriff's Department was called. They not only stopped it, but those responsible left a short while later. The Deputies were courteous and professional, a far cry from what happened last year.

Please email the Malheur County Sheriff and thank him for the way his deputies acted: This email address is being protected from spambots. You need JavaScript enabled to view it.

Take the poll: Should Jordan Valley rodeo call off the horse roping event?