DEAR FRIENDS,
Today, the Philadelphia Daily News published a story about SHARK's use of technology, including drones and high-tech video cameras, and about our undercover work filming animal cruelty at the Cowtown Rodeo in Pilesgrove, NJ.
The reporter from the paper even accompanied us to a Cowtown rodeo this past month, to see for herself what we do and how we do it. 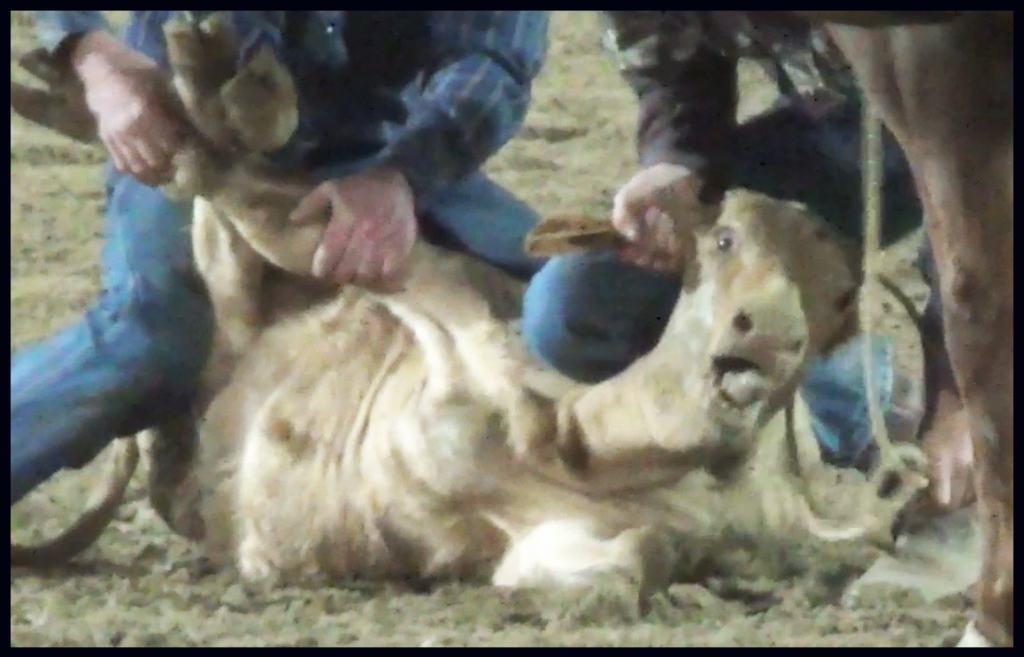 A calf that was brutalized at the Cowtown Rodeo last month. The Philadelphia Daily News
was with us during this undercover filming operation.
"Remote-controlled drones, night-vision goggles, motorized boats and "hi-pods" that hoist a camera to the treetops for a better view? [SHARK Investigator Stuart] Chaifetz  has used all of those and more in his role as an animal-cruelty investigator for Showing Animals Respect & Kindness (SHARK)."
"People need proof," said Steve Hindi, founder and president of the Illinois-based SHARK. "The people that are at the Cowtown Rodeo aren't particularly interested to know the event they paid money for and took time to go see is cruel. They either would deny it, or they don't want to know. But with video, everybody gets to look at it and decide for themselves."
And:
"That's why SHARK's use of drones and other gadgets that allow them to spy from afar is "brilliant," Del Gandio said.[Jason Del Gandio,a Temple University communications professor and social-activism expert]
You can read the entire story,
and leave comments, HERE. 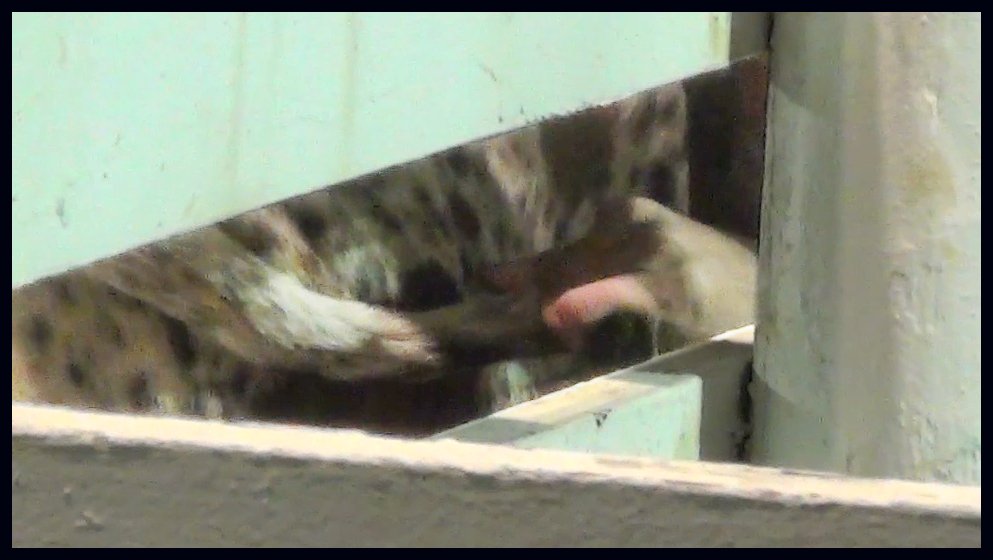 A Cowtown Rodeo thug pulling on the tail of a steer right before the animal was to be thrown into the arena. He probably thought no one would see him do this, but our camera  got the evidence that proves that it is by inflicting pain that they make these animal perform.

In addition to covering our work at the Cowtown Rodeo, the Philadelphia Daily News wrote about SHARK fighting pigeon shoots in Berks County.

From the aforementioned article:
"In September 2012, a SHARK drone caught hunters at a hunting club in Berks County killing downed pigeons by stomping and kicking them and bashing them against their heels in bursts of blood, feathers and severed wings. Other times, the drones spied club members burning the birds' bodies, tires and other trash, sparking a warning from the Pennsylvania Department of Environmental Protection."
It's interesting that a Philadelphia newspaper wrote about the Berks County pigeon shoot, because the Berks County paper simply refuses to.
The Reading Eagle is the main newspaper for Berks County where this horrific cruelty is occurring, yet when we have called the newspaper to make them aware of these issues and our press releases, the disdain in the voice of the person who answered the phone was palpable. The last time we called she literally hung up on us while we were still speaking! This is not how a news outlet is supposed to act.
That doesn't mean they don't cover Wing Pointe, they just cover it in a much different way. For instance, here is an article touting a restaurant opening up at Wing Pointe.
Bear in mind Wing Pointe has been caught violating PA environmental law by burning tires and pigeons and polluting the air. We tried to get the Reading Eagle to cover that. They didn't.
What they did cover was Cindy Neel, Office Manager for Wing Pointe, working out on a rowing machine. Very newsworthy. 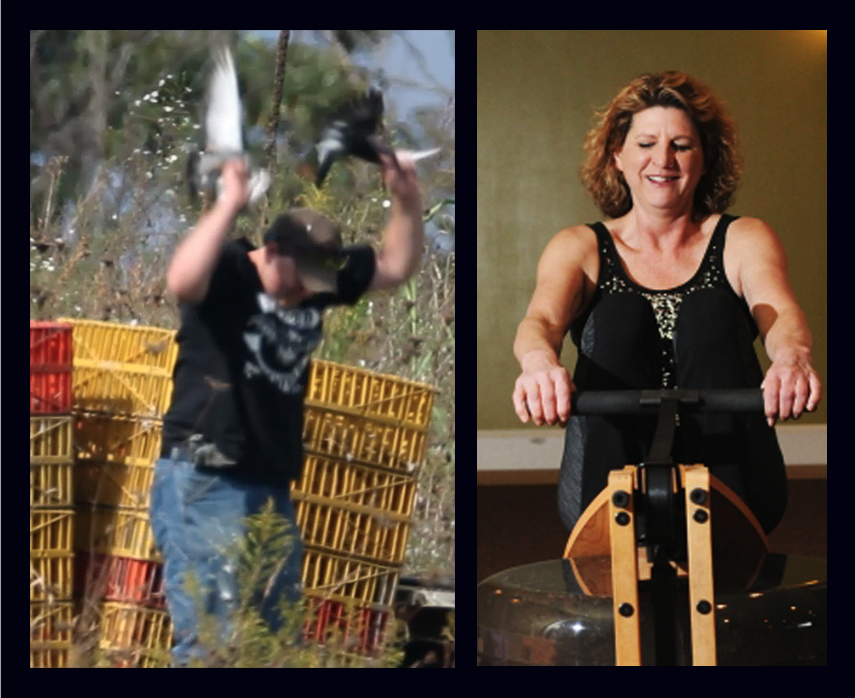 Which is more newsworthy: A young man brutally crushing animals with his bare hands at Wing Pointe, or the manager of Wing Pointe on a rowing machine? The Reading Eagle chose the latter.
Cindy Neel from Reading also wrote a letter to the editor to the newspaper titled "Whites feeling outnumbered." This letter was described as being a "simply racist diatribe" by another letter writer. Judge for yourself.
Because the Reading Eagle has forfeited its right to be called an objective newspaper, SHARK has released a new video exposing their bias.
Watch the video HERE.