In Nov-Dec 2006, SHARK's Tiger Truck teamed up with the Humane Society of the United States (HSUS) to take the brutal truth of the Canandian seal slaughter to the streets of Toronto, Ottawa, and Montreal

Inga Skaya was heading out to celebrate qualifying for the Miss Universe Canada pageant when she lost her appetite after seeing a video truck on Queen St. showing the blood and gore of the commercial baby seal hunt.

"It's appalling and so sad to see. It's heartbreaking to see and its is so disgusting, I can't look at it any more," Skaya said yesterday. 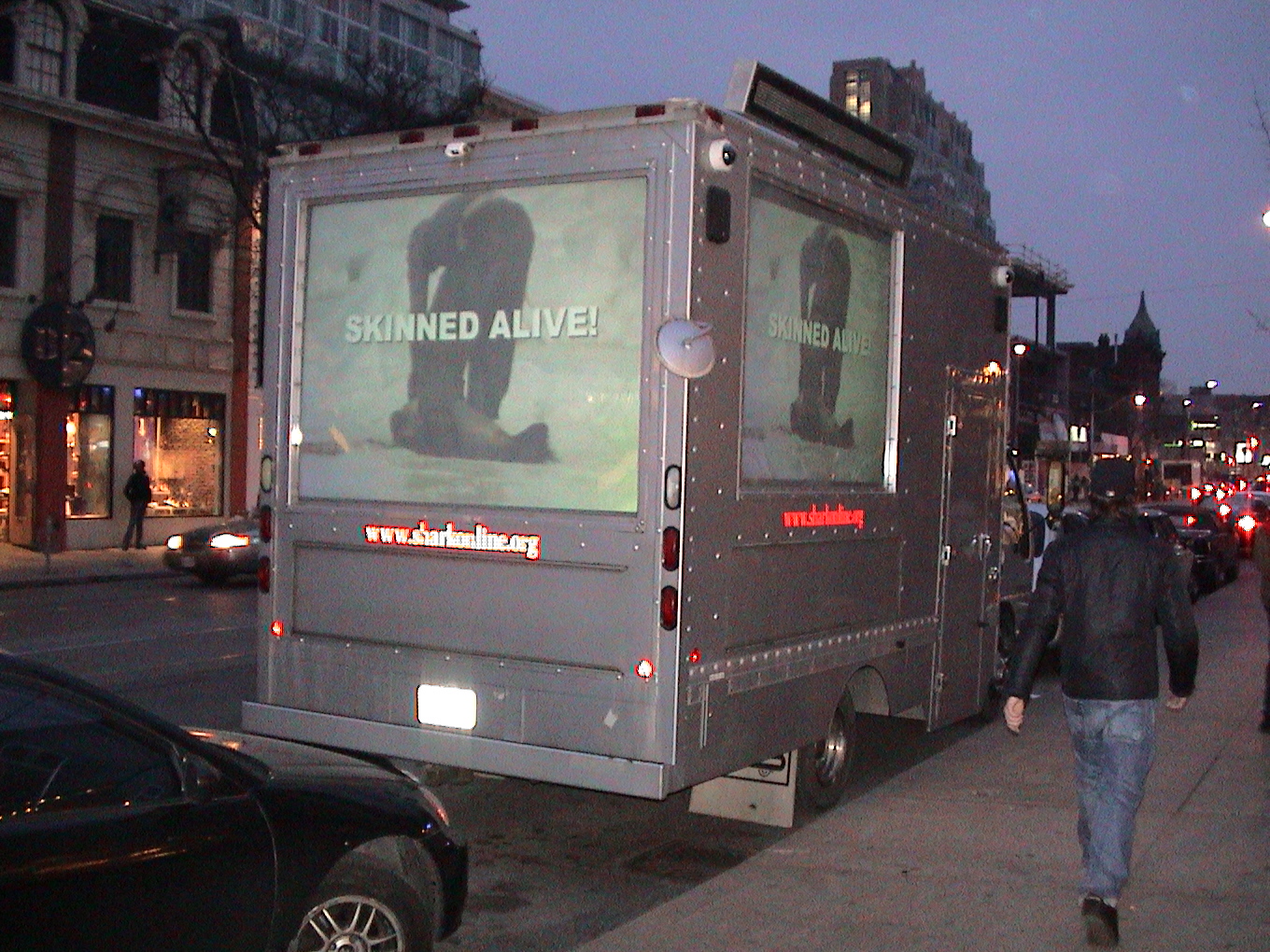 Many pedestrians passing by the truck and the four large screens were visibly shaken by the bloody footage in the Truth of the Slaughter, which was shot during the 2005 hunt.

"The Canadian government should be ashamed they let this go on.

"I'm against the hunt so I'm glad people are exposing what is going on," said Daniel Caruso, an Australian lawyer visiting Toronto.

"The Canadian government has done its level best to misinform Canadians about the facts of this cruel and needless slaughter and those who oppose it," she said. "The footage has images so shocking they have convinced nations around the world to ban their trade in seal products."

Aldworth and the video truck are also travelling to Ottawa and Montreal collecting signatures on a petition demanding the government end the hunt.