In 2020, SHARK became aware of Jacklyn Johnson, who was at the time a bailiff with the Laurel County Sheriff’s Department. Johnson was, and presumably still is a self-proclaimed cockfighter who works at a notorious cockfighting pit in KY called “CJ’s Pit.” CJ’s is in Laurel County.

Johnson was subsequently separated from the sheriff’s office, no thanks whatsoever to Sheriff Root. Is it any wonder why the Laurel County Sheriff never shuts down Laurel County cockfighting operations, when one of their own worked at the illegal fighting pits? 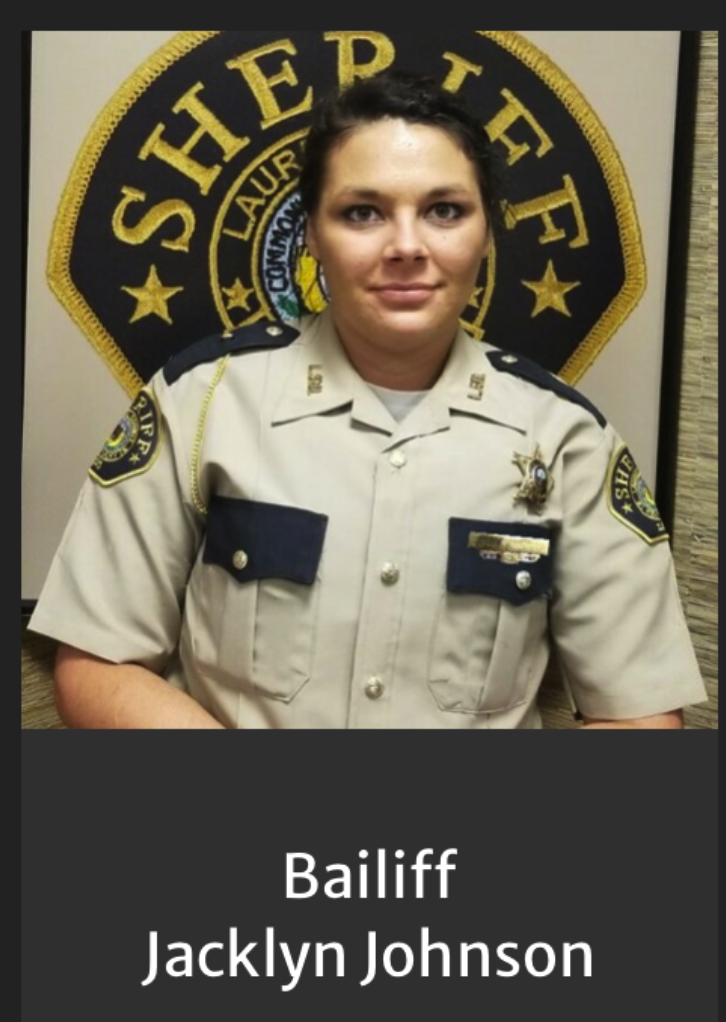 Here are just some of her many posts about working for the cockfighting operation and her own experience as a cockfighter:

Here Johnson writes about being at cockfight and someone breaking her rooster’s neck: 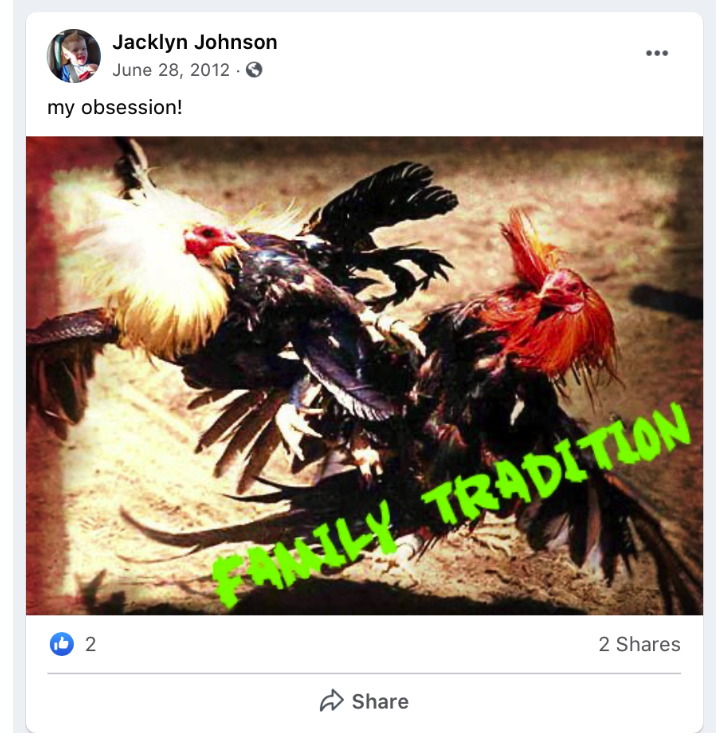 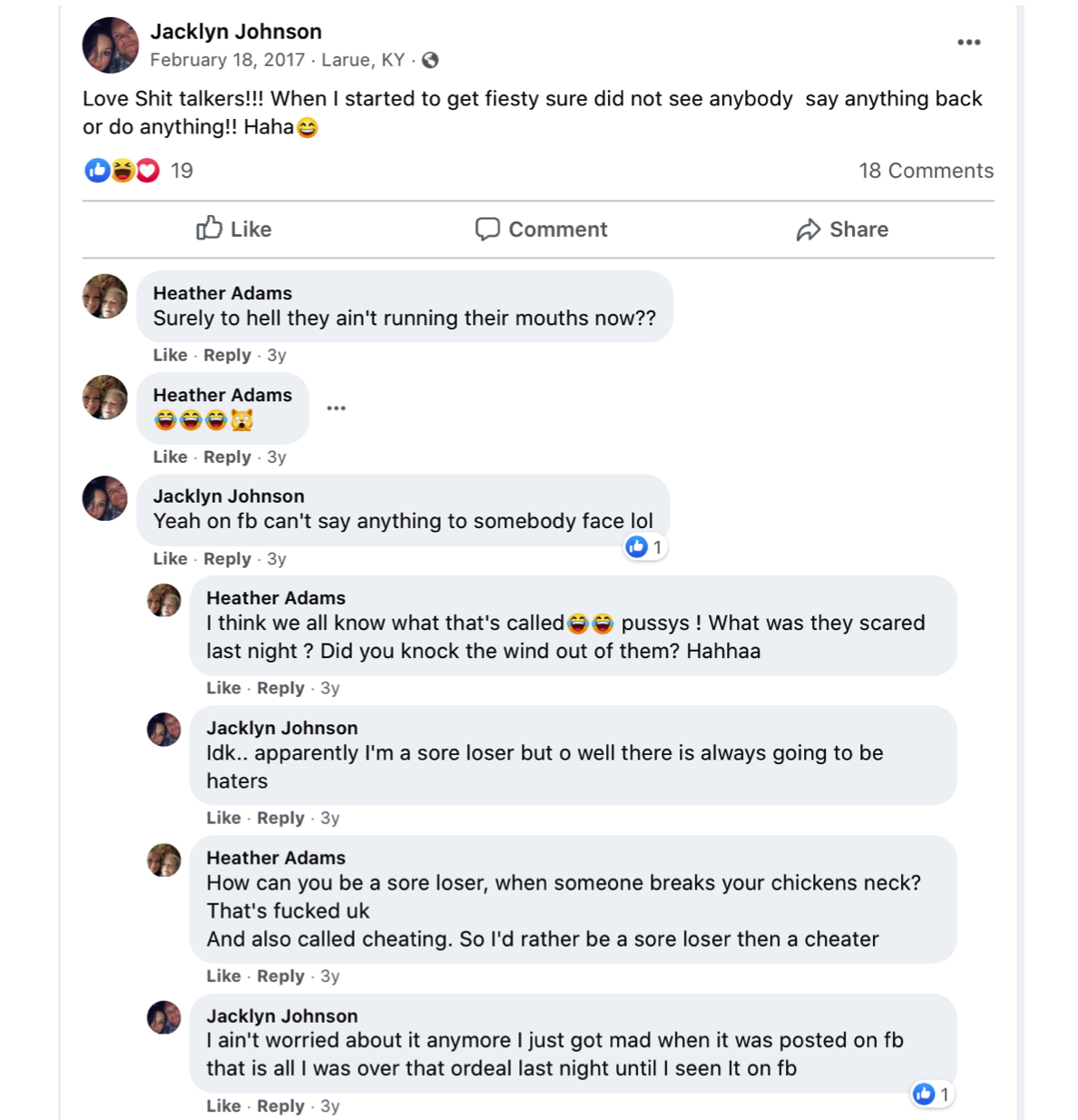