In August, 2020, SHARK found out about a major pro-cockfighting party to be held at Brent Easterling’s rooster farm in Verbena, AL. As this was in the middle of a raging pandemic, and lockdown orders were in place, we called on Chilton County Sheriff John Shearon to shut the event down. In his email response to SHARK Sheriff Shearon stated:

"Chicken fighting is a violation in Alabama that carries a fine of $50.00 if convicted.  I attached the state code at the bottom so you could see it.  It is hard spending our Citizen’s Tax Dollars on something that is only a violation.” 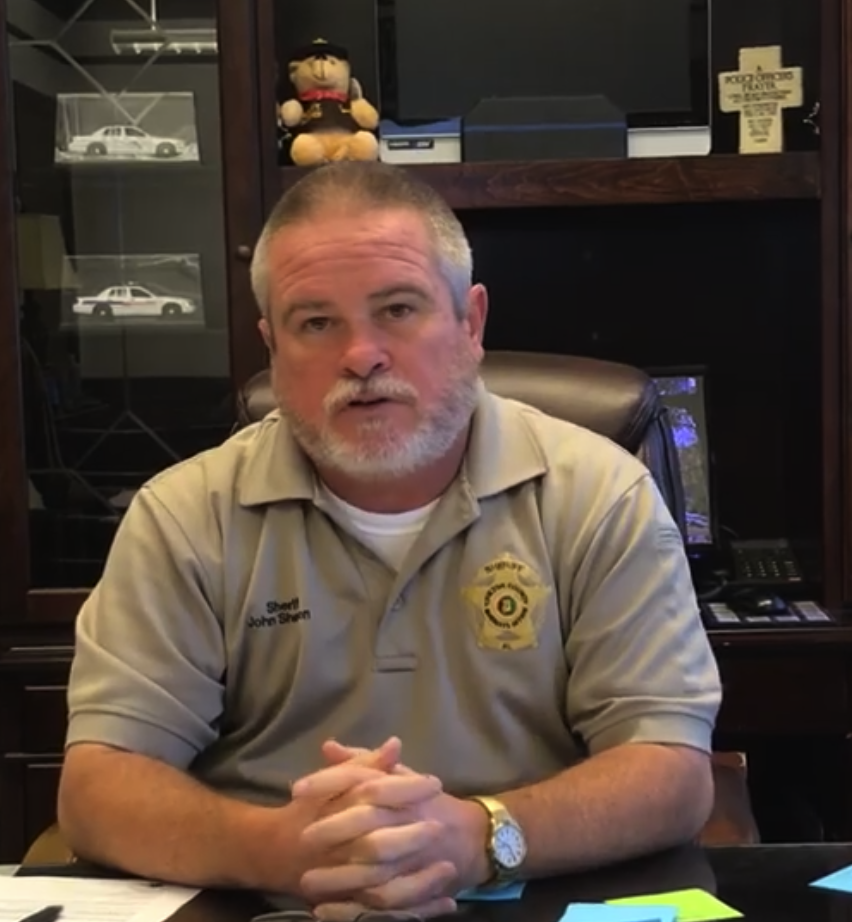 And:
"We have to deal with drugs, burglaries, theft and crimes against persons is where we have to spend our resources."
Sheriff Shearon’s excuse is absurd. First, cockfighting is a nexus of criminal activity beyond the animal cruelty. We know that drug dealing, illegal arms dealing, illegal gambling, gang activity and human trafficking are all integral parts of the criminal world of cockfighting. For him to say they are more concerned about drug dealers and NOT want to take down cockfighting pits therefore makes no sense what-so-ever. If you truly want to make your communities safe, then cockfighting pits are exactly what you want to target and shut down permanently.
It’s because of law enforcement officers such as Sheriff Shearon that illegal cockfighting pits operate with no fear of being shut down.
Here is his entire letter.

I have received your email about the event in Verbena this Friday and Saturday.  I had a discussion yesterday with the event organizer about what was going on.  He stated there will not be any chicken fights going on there, he stated that there will only be a political rally and barbecue.  He stated they have already talked to the State Health Department about the barbecue and they stated that was fine as long as the food was not sold it was fine.  The organizer stated they will be handing out face masks when the people get there.  I explained to him they need to wear the mask and Social Distance and he stated they would. He stated there will be probably three hundred people there at the event. I can’t tell him or anyone else how many people they can have on their property.  He stated that anyone was welcome to come see that they were not violating any laws.  Chicken fighting is a violation in Alabama that carries a fine of $50.00 if convicted.  I attached the state code at the bottom so you could see it.  It is hard spending our Citizen’s Tax Dollars on something that is only a violation.  When and if it ever becomes a Felony then we can deal with it and can be justified. If they are welcoming people to be there I would say they are not doing anything illegal. We have to deal with drugs, burglaries, theft and crimes against persons is where we have to spend our resources. I am about to go work a ball game between two schools that will have a couple of thousand people there and it could be worse there.  Thank you for your concern in this matter.  If anything you might reach out to our lawmakers on making it a Felony so it has more teeth in it to charge someone.

Any person who keeps a cockpit or who in any public place fights cocks shall, on conviction, be fined not less than $20.00 nor more than $50.00.