"Hilary Duff is Cruel" Campaign History: Read on to see how the SHARK Attack all began...

Pop singer/actress Hilary Duff was supporting some of the worst animal abuse in the country by performing at rodeos where animals are brutalized, injured and killed. Worse yet, she was willing to perform in a bullring, where animals are regularly tortured to death. The victims of rodeos and bullfights include horses, calves, steers and bulls.

But all that changed after SHARK educated her to the realities of rodeo and bullfighting!

Update: Hilary Backs Away from Abuse!!

SHARK and caring fans around the world were closely watching to see if Hilary Duff would continue her support of the rodeo industry by playing again for the San Antonio Rodeo and the Houston Rodeo in her home state of Texas. These back-to-back contests of cruelty happened in February and March of 2007, but with a very significant change this year. NO HILARY DUFF. 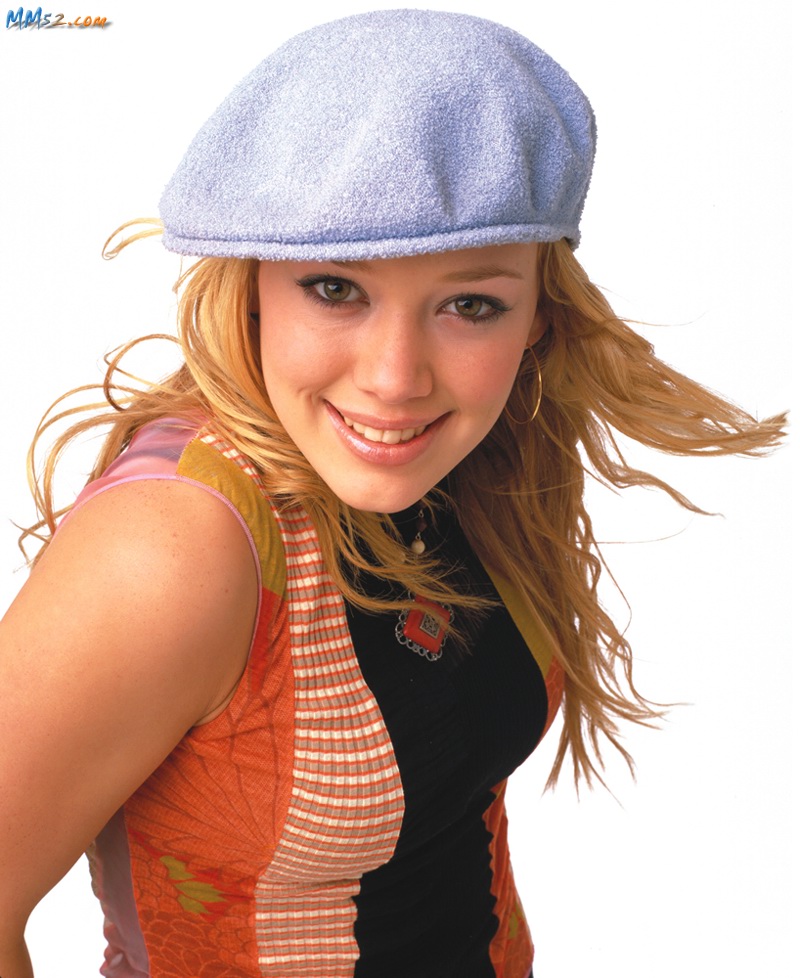 And thankfully, as of 2013, it doesn't appear that she has been back since!

Ms. Duff should be thanked for finally choosing the compassionate path and withdrawing her entertainer's support to this abusive industry. However, she does not deserve the same animal-hero status as Carrie Underwood.

Hilary only halted her cruel connections after a powerful SHARK campaign and a pounding from worldwide media. Carrie Underwood, on the other hand, showed true class and integrity by canceling her performance at the Cheyenne Frontier Days Rodeo once she learned the truth about rodeo from SHARK and other animal protectors. Public furor and the Tiger Truck on her doorstep were not necessary because Ms. Underwood has shown her moral compass is in perfect working order.

Hilary Duff knew exactly what happens at these horrible events because we at SHARK wrote to her and sent her DVDs with explicit video and still pictures of the cruelty. The National Enquirer and the Star tabloids have reported the story. Untold numbers of fans have contacted Hilary or "her people." SHARK's "Tiger" Video Truck has been on the streets of Los Angeles where Hilary Duff lives, works and hangs out. So what is her response? Nothing! Absolutely Nothing!

Hilary Duff knows what she is doing, and she simply doesn't care. She claims to care about animals, but that must just be for show. She acted as a spokesperson for a legitimate horse rescue organization, but we suppose that was just so she could mold a positive public image. She puts her name on a cruelty-free cosmetic line, but that is just so she can profit off people who actually care about animals. Sorry, Hilary fans, her owning a purebred foo-foo dog doesn't count as animal protection.

Showing true integrity, Carrie Underwood recently canceled her performance at the infamously abusive Cheyenne Frontier Days. Carrie's fans are beaming with pride, while Hilary's fans are either gone or making lame excuses for her deplorable choices.

"Sweet Hilary" supports animal abuse, and she doesn't even have the guts to answer for what she has done. With this site we are happy to out a phony, and show the world the truth about Hilary Duff. Look at the video and still pictures of rodeos and bullfights on here and make up your own mind.

In March 2005 Hilary played a concert at the infamous Houston rodeo, one of the largest rodeos in the country. In fact, the rodeo management credited Hilary’s performance for record-breaking attendance. Anyone acquainted with SHARK’s investigations into rodeo knows the cruelty, injuries and deaths that rodeo animals suffer. Click here to see video and pictures of the suffering animals endure at the hands of rodeo animal abusers. Hilary's support via her performances, is putting money into the pockets of these animal abusers, keeping them in business, abusing, injuring and killing more animals.

We wondered why Hilary Duff would support such animal abuse. At the time SHARK gave Hilary the benefit of the doubt over her rodeo concert. We were hopeful that this was just a one-time deal, and that Hilary would figure that with her success she didn't need to lower herself to doing more rodeos. 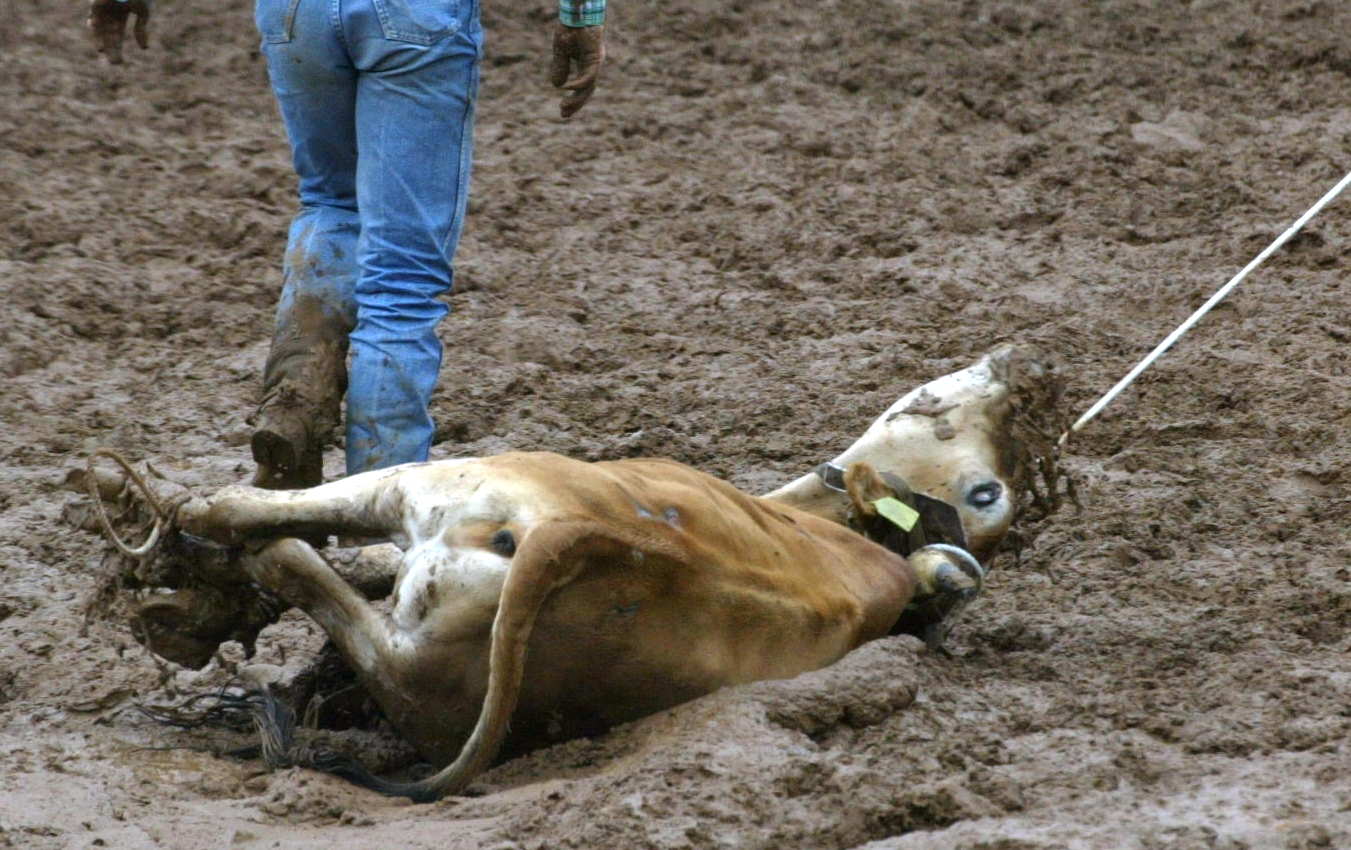 But Hilary Duff did do more rodeo performances. In 2006 she played a concert at a rodeo in San Antonio, Texas, and she again played at the Houston rodeo, where this time at least one animal, a steer, was killed. Interestingly, the fan blogs devoted to Hilary said nothing about the dead steer. Instead, Hilary wrote about how much fun she had at both the San Antonio and the Houston rodeos, supporting the abuse even further. She chose to ignore the abuse, cruelty, neglect, and killing. 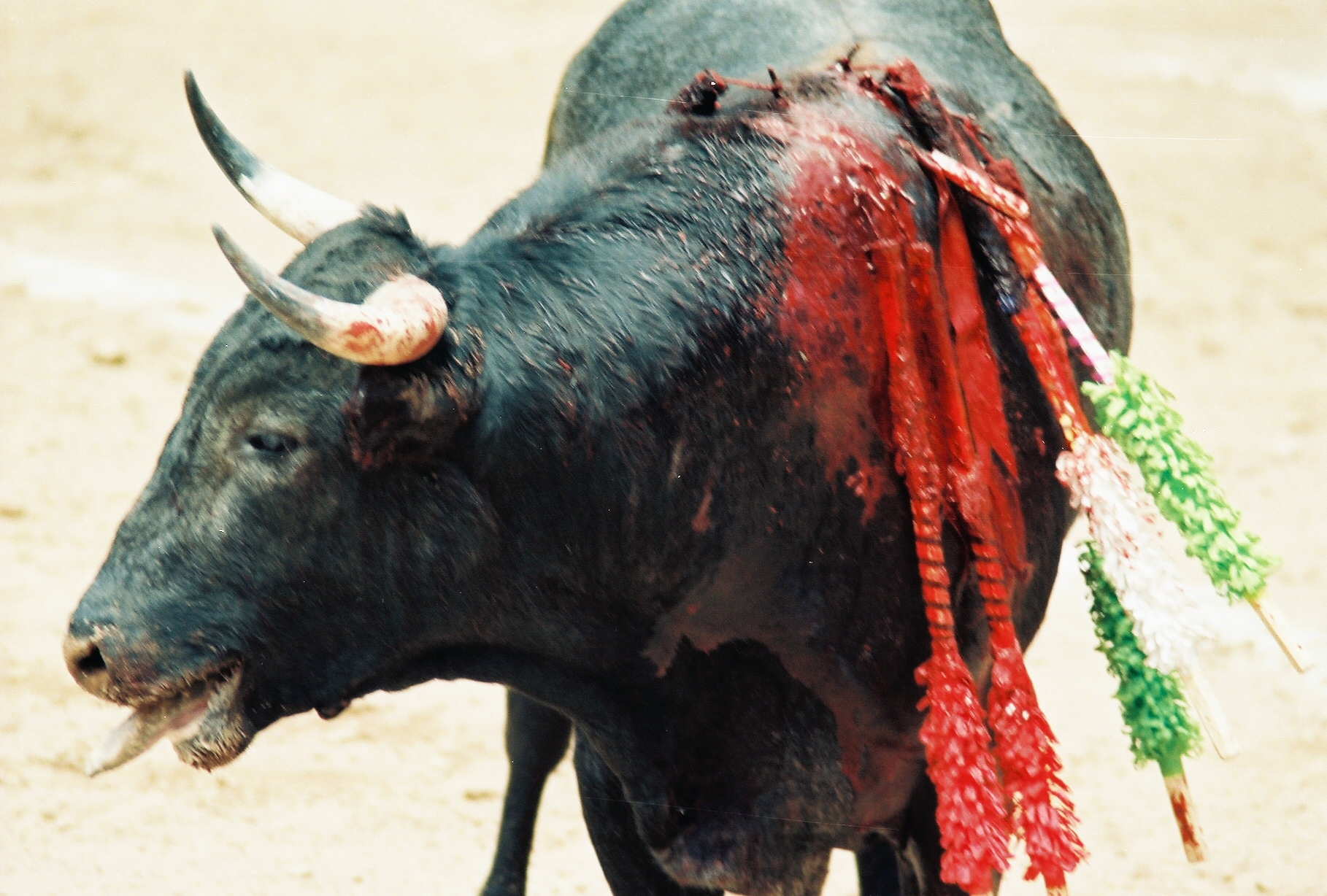 Our research into Hilary revealed even more disturbing behavior for someone who claims to “love animals.” On May 6, 2006, Hilary Duff gave a concert at an indoor bullring in Madrid, Spain. Her performance was independent of any bullfights that take place at that bullring, and was not part of a bullfight that day. We have included bullfighting pictures and video on this site, but we must warn you that the evidence is extremely disturbing. Bullfighting is one of the very worst forms of animal abuse on the planet, in which bulls are slowly tortured to death by gangs of armed thugs. As with performing at rodeos, performing in bullrings, regardless of coinciding with a bullfight or not, attracts more people and puts more money into the pockets of people who horribly treat and ultimately kill animals.

The fact that Hilary played a concert at a bullring is more than adequate to show either ignorance or gross insensitivity. Hilary's bullring appearance, as with her rodeo appearances, attracts thousands, perhaps tens of thousands of young people into an environment which they may have never entered before.

Both SHARK and the public would have understood Hilary's difficulty in changing concert venues to a non-bullfighting arena--IF she had made a statement denouncing bullfighting either to the media or verbally before her concert. Any performer who calls themselves an 'animal-lover' should be appalled to be associated with bullfighting, and would come out in opposition to this blood "sport" by statement or otherwise. Only silence from Ms. Duff. Hilary had been contacted by SHARK regarding the atrocities of bullfighting weeks before her performance. Hilary knows what she is supporting, and has chosen to ignore the compassionate public's plea.

The Leganes bullring where Ms. Duff performed is adorned with bullfight pictures and other memorabilia leading the uniformed to believe that somehow bullfighting is a worthy activity, even an art, performed by extraordinarily brave people. This couldn't be further from the truth, but some will likely be persuaded to come back for the pitiless and cowardly slaughters. While many if not most will likely ultimately reject this disgusting activity, some may not, and those who do have nonetheless lost their money to the killers.

Whether Hilary likes it or even accepts it, she has influence on her fans, and is therefore responsible if she sends negative messages. If you google "Hilary Duff and Rodeo" you will see two types of sites emerge. One is, of course, this campaign. The other is all the blather about how great it was to have Hilary at the rodeo, and about how much she looked forward to it and loved it. No mention of the animal that died just before her latest rodeo performance. We are simply letting ALL of her fans know what she is supporting, either directly as in the case of the rodeos, or indirectly as in the case of her bullring appearances.

Maybe Hilary doesn't realize the abuse and horrors that are part of Rodeo and Bullfighting?

That is exactly why SHARK gave Hilary the benefit of the doubt and we have done our best to politely educate her as to what she is supporting. SHARK sent two DVDs containing investigative footage of the graphic reality behind these bloodsports. The bullfighting DVD was received at True Public Relations, Hilary's publicists' office, on April 11, 2006. It was sent via Next Day UPS, and was signed and confirmed received. The rodeo DVD was sent some days earlier, and True Public Relations acknowledged back then that they had received it. According to Marcel Pariseau at TRP, both DVDs were sent along to Hilary.

Still no word has been heard from her expressing any regret or change in regards to her affiliations with these appalling industries.

We hope that Hilary Duff will simply see the light and take a hard stand against animal abuse in rodeos and bullfighting. This would mean that she promises to never play another rodeo or bullring. Until then, SHARK will see to it that the world comes to know Hilary Duff in a very different light.