Learn more about donating to SHARK here: http://sharkonline.org/index.php/donate-to-shark Let us know if you'd like to target your donation.

SHARK investigators filmed the mishandling of an injured steer at the 2019 PRCA National Steer Roping Finals. The steer was dropped from a pallet due to carelessness, and fell headfirst to the pavement. The steer was then left, untreated, in a dark trailer, as was another injured steer. Dr. Brian Hode, was the official onsite veterinarian. A SHARK investigator called Dr. Hodes about the incident. Dr. Hodes, who was unaware that there was video documentation, repeated denied the incident. His statements were recorded, and are part of this video.

On Monday, September 23rd, SHARK was in Indiana filming a literal dump where a number of sickly and injured animals are being kept. 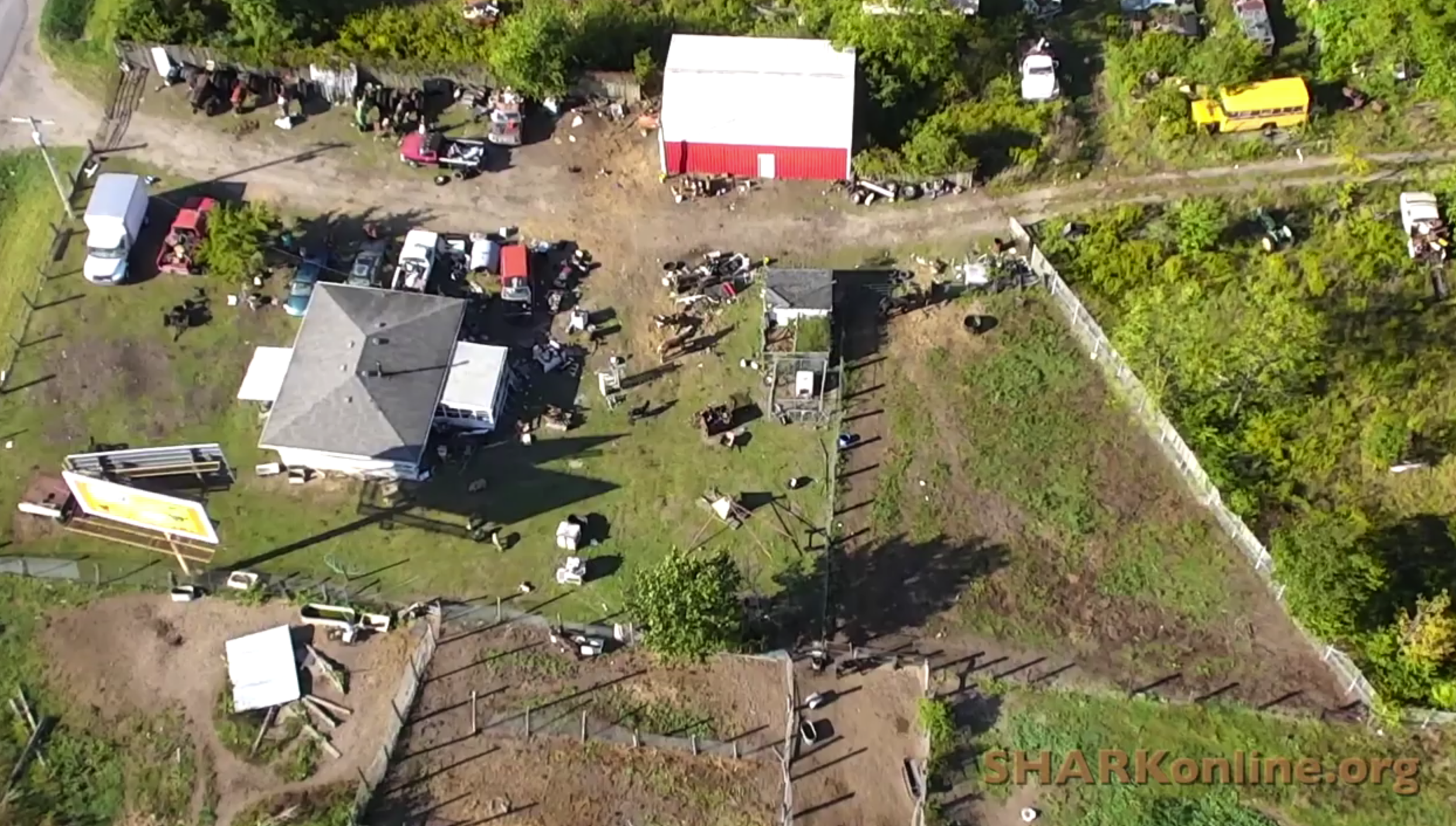 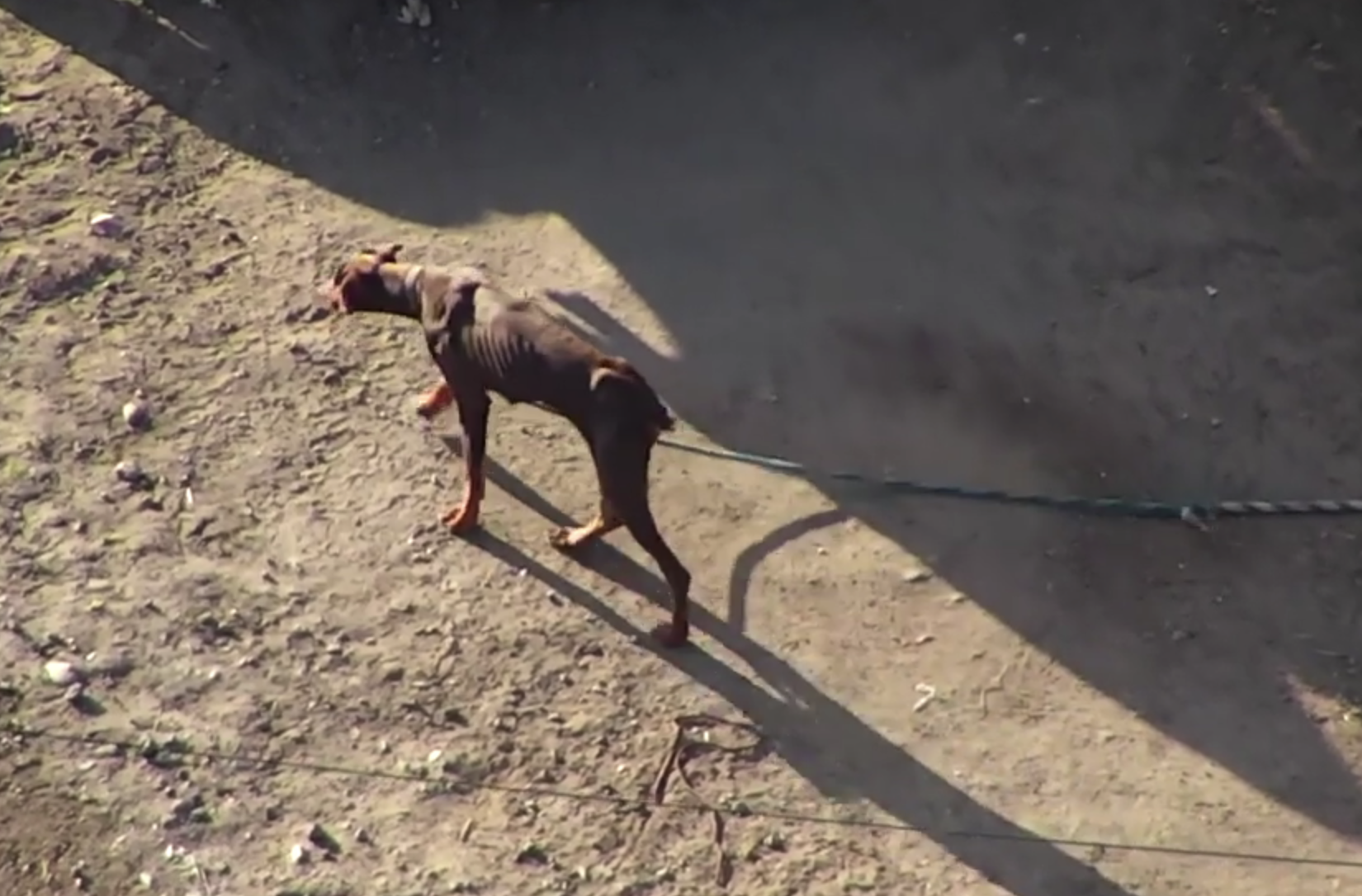 An overview of the property we filmed, followed by a close-up of a dog who appears to be severely malnourished

SHARK received a tip about this property, and though we have been grounded due to lack of funds, we knew we had to get to Indiana and do what we could for the sickly and seemingly starving animals on that property. 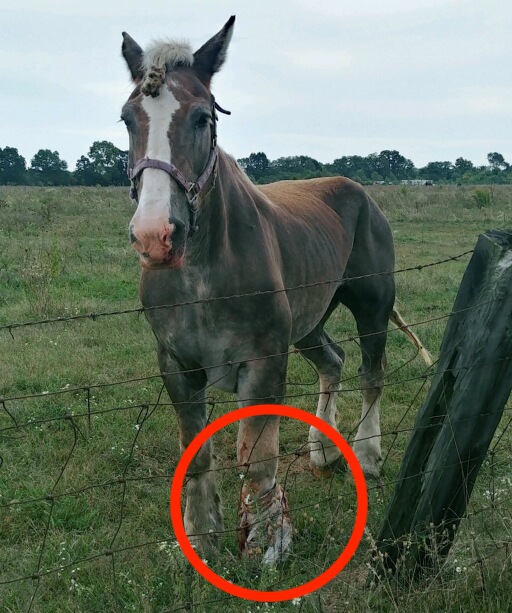 A local resident sent us the tip about this nightmarish place. He also sent us this picture of an injured horse. Once we saw what was going on, we knew we had to take action

We will have more on this issue soon and what you can do to help these animals. In the meantime, please understand that SHARK is in dire need of funds so we can continue to do the desperately needed work of exposing animal cruelty such as this.

When SHARK got the call for these animals, we answered. That’s what makes SHARK different, and it’s why we need your help. Please consider making a generous donation to SHARK today

At the PRCA National Finals Steer Busting finals in November 2019 a steer was injured during this brutal steer busting competition. He was taken out the back of the building, to be dumped in a trailer, without care. Although four people were moving him, the thugs were so incompetent, the steer was dropped as he was lifted by forklift. The already suffering animal was dumped headfirst onto the pavement.

SHARK has been the leader in using drones to expose animal cruelty. Our drones have captured everything from pigeon shoots to imprisoned beagles at breeding labs, to cockfighting properties and so much more. Our use of drones got the attention of AirVūz, a drone enthusiast website. We are very excited to announce that AirVūz has released a documentary about SHARK and our use of drones! Please watch and share this video. 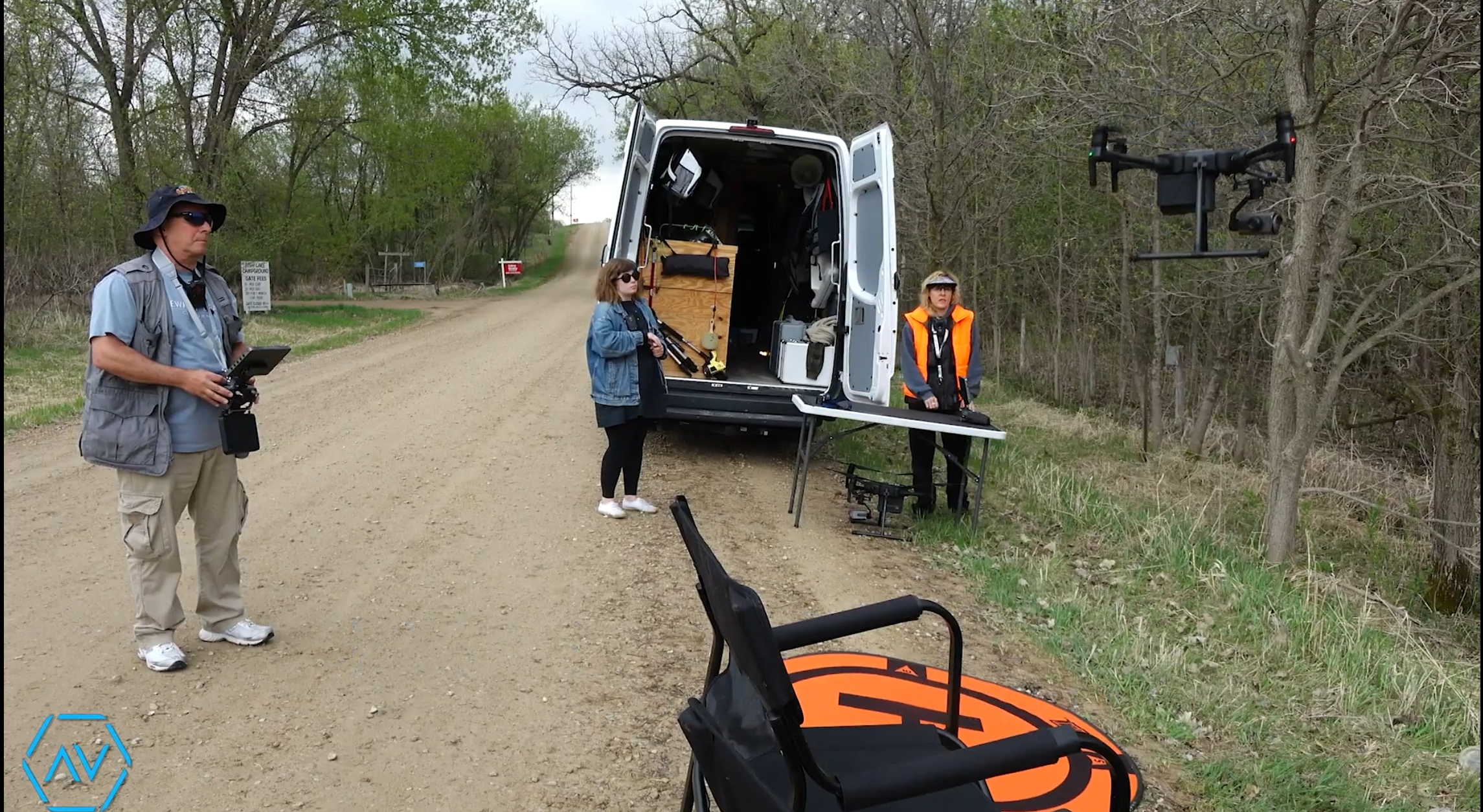 From the video:  As a drone pilot, Steve Hindi may have had more aircrafts shot down than anyone in the world. He's the President of SHARK, (Showing Animals Respect and Kindness) and the primary Pilot in Command of their UAV fleet, dubbed "Angel Drones”. SHARK’s fleet of drones fly above gun-toting animal abusers in order to surveil and document cruelty - and it's a very dangerous job. This is the story of SHARK — pioneers in using UAV technology for animal protection. See their special ops in action with AirVūz's first ever feature-length documentary as Director/Producer Colin McDougall tags along on one of their drone missions to learn about the organization’s history and work in the war against animal cruelty.

Once again we must state that SHARK is desperately low on funds. While others spend their money on marketing, we are doing the hard work fighting for animals. Please share our updates and videos and let people know that if they want to support real work for animals that saves lives, that SHARK is the place for them! 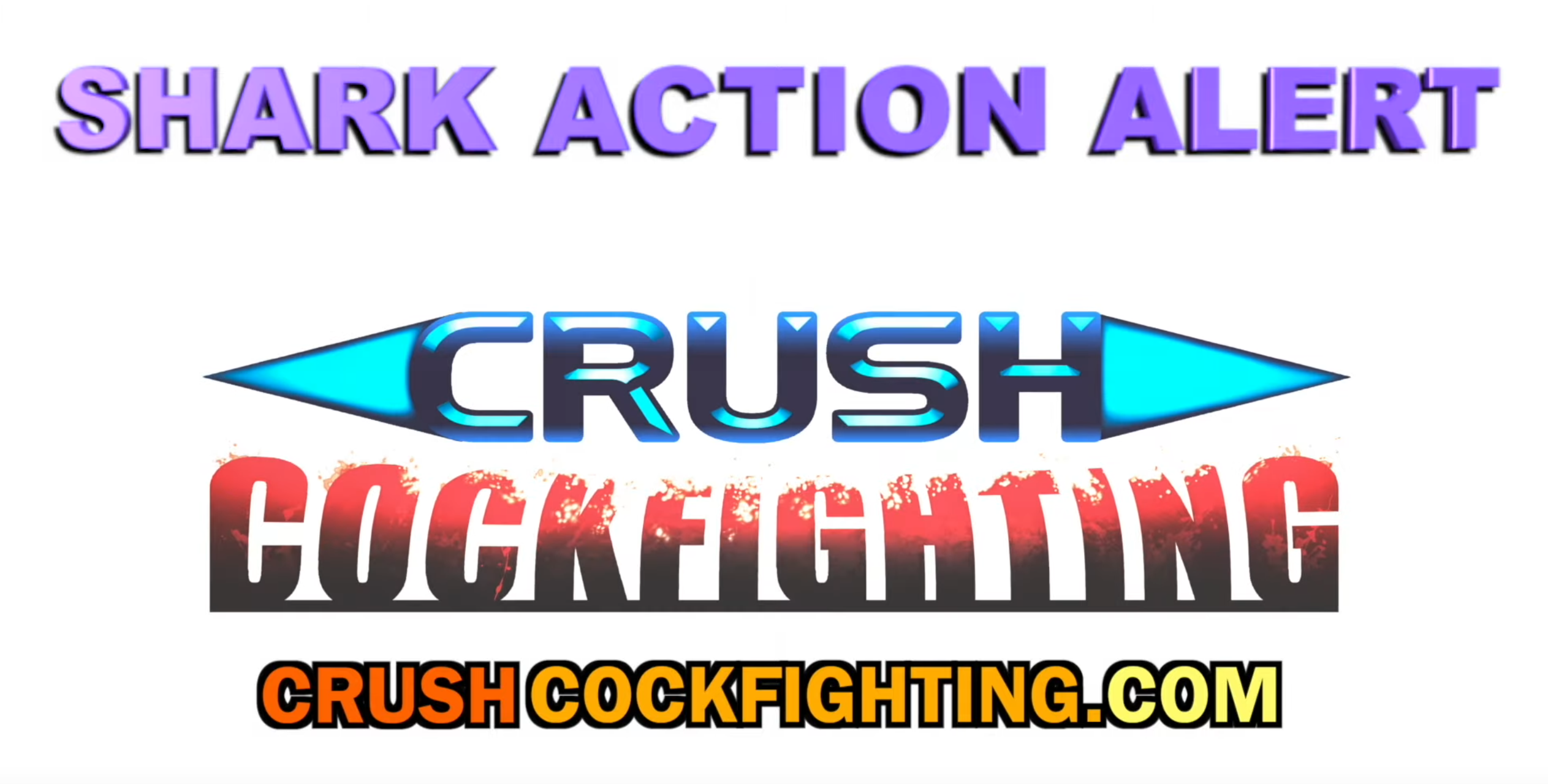 We have just released a new video on the outrageous situation in Kentucky, where a local prosecutor told the State Police that cockfighting was not illegal! This was his response to our releasing evidence that involved a Kentucky father and son cockfighting team, where the father is a Captain at the Harlan County Jail and the son is a former corrections officer at that same jail.
Watch the video HERE 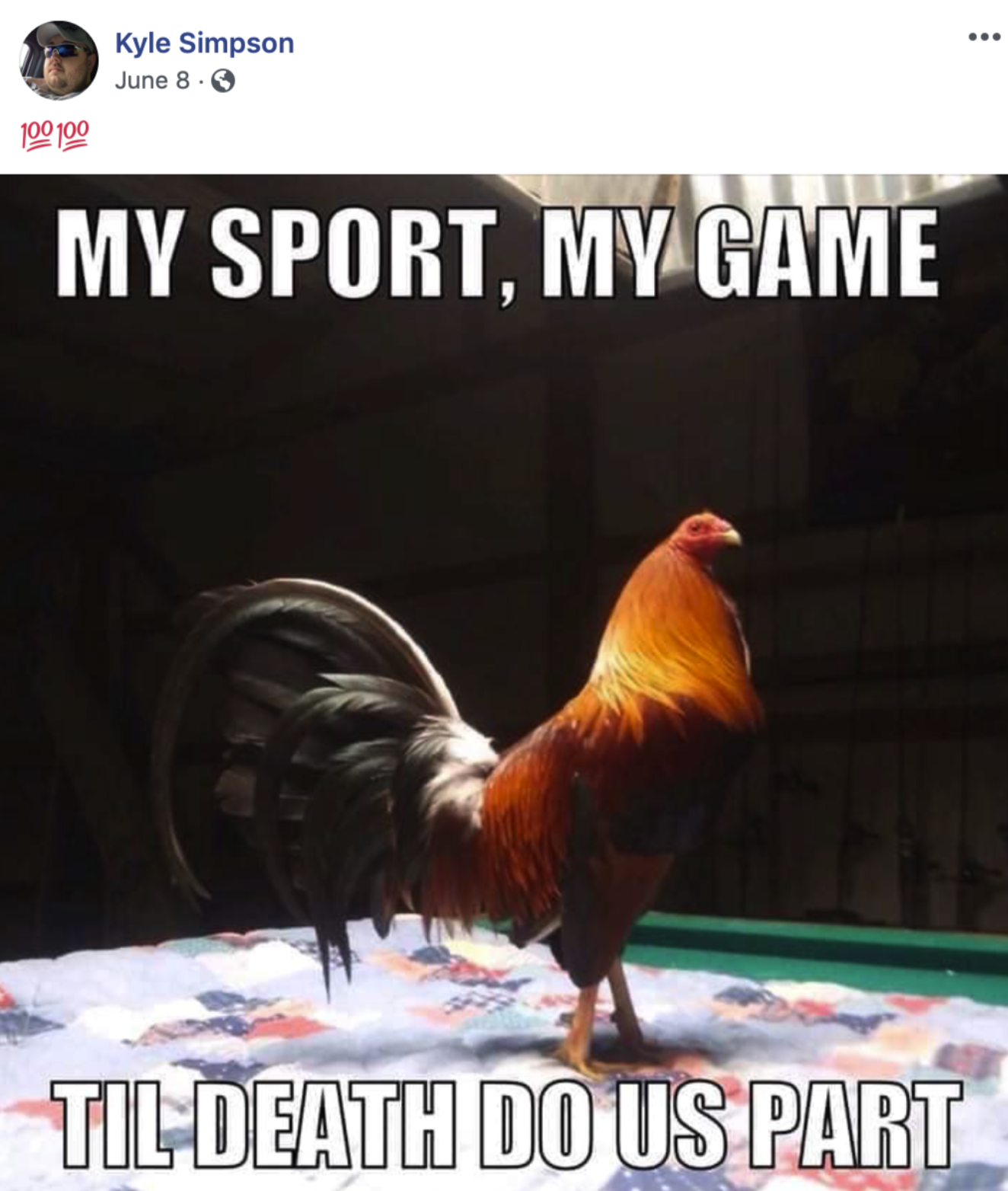 One of the posts SHARK collected from Kyle Simpson, who, along with his father Ronnie Bennett, owned a rooster farm called the Cuttin' Up Game Farm

To be clear, cockfighting is absolutely illegal in KY and in our new video we provide all the evidence. We strongly suspect that there is deep corruption at play here. Please contact there following people and politely ask that they enforce KY state law and investigate and prosecute the father and son cockfighting team.
Harlan County Attorney Fred Busroe
606-573-1794
This email address is being protected from spambots. You need JavaScript enabled to view it.

State Police Commissioner Richard Sanders
502-782-1800
This email address is being protected from spambots. You need JavaScript enabled to view it.

Kentucky Attorney General Andy Beshear
502-696-5300
This email address is being protected from spambots. You need JavaScript enabled to view it.