Watch SHARK’s new video about our campaign to Crush Cockfighting HERE
"Crush Cockfighting" is SHARK’s new campaign to take on the criminals who breed and train roosters to fight and kill each other.  In just our first week, SHARK, along with In Defense of Animals, exposed a father and son cockfighting team in Kentucky.  The father, Ronnie Bennett, is a captain at the Harlan County Detention Center while the son, Kyle Simpson, is a former corrections officer at the same jail.

We’ve been notified that the Kentucky State Police are investigating, so this is a positive move. We will update you when we have more information. 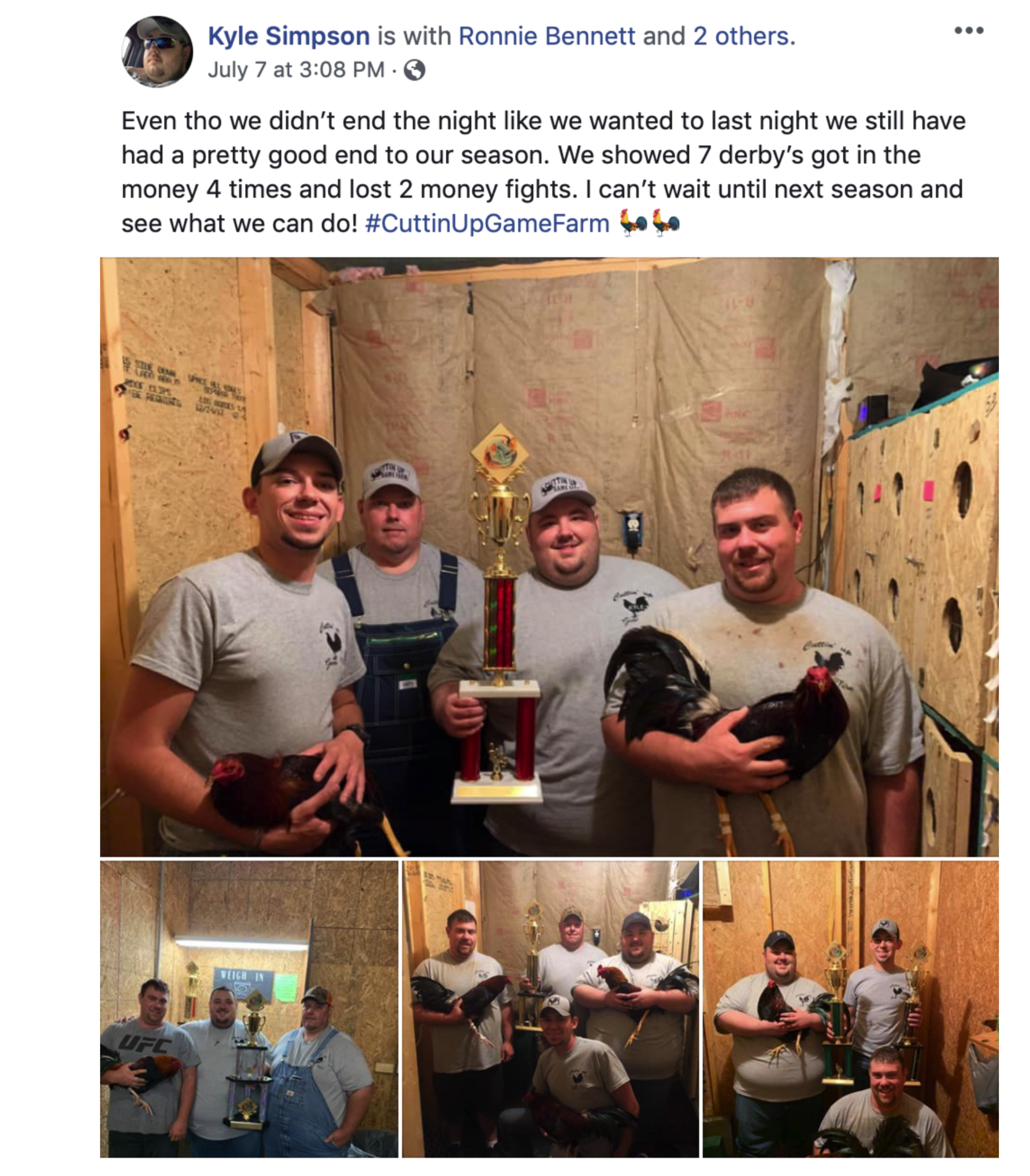 In this Facebook post, Kyle Simpson flat out states that he is a cockfighter and lost "2 money fights." Pictures include his accomplices (including his father)

When we released our video exposing the KY cockfighters, it sent shockwaves throughout the cockfighting community. We’ve detailed some responses in our new video, but it included cockfighters shutting down their Facebook pages, posting rants against us and even posting threats on our video.

None of this slowed us down. In fact, despite these threats and rants, we’ve moved forward with an aggressive effort to go after cockfighters from one end of our country to the other.

Our new site, CrushCockfighting.com, will be the hub for all our videos including those too hot for even YouTube to allow. This includes newly posted videos of cockfighters using roosters to bite their nipples. Folks we can't make this stuff up. You need to see the videos to believe it, but this is how disgusting and perverted cockfighters truly are.

• We want to thank our new friends at Kentuckians against Cockfighting for sharing this video with us. You can visit and support them on their Facebook page.

This campaign, as in the case with our others, proves SHARK is one of the most effective animal protection organizations there is. We don’t spend money on advertising or fundraising, because we are focused on saving lives and exposing cruelty, making us the most cost effective organization. We are desperately in need of financial support and we need it now. No one does what SHARK does, but we can’t do any of it without you.