SHARK spent a grueling three weeks on the Columbia River documenting the slaughter of cormorants by the US Army Corp of Engineers and their hired killers, the notorious Wildlife Services. Now, a judge has ruled that the Army Corps violated the law by not considering alternatives to killing. Unfortunately, that same judge has said he will allow the slaughter to continue!

It is an outrage that Army Corps broke the law and an even greater outrage that they will continue to slaughter these majestic birds! 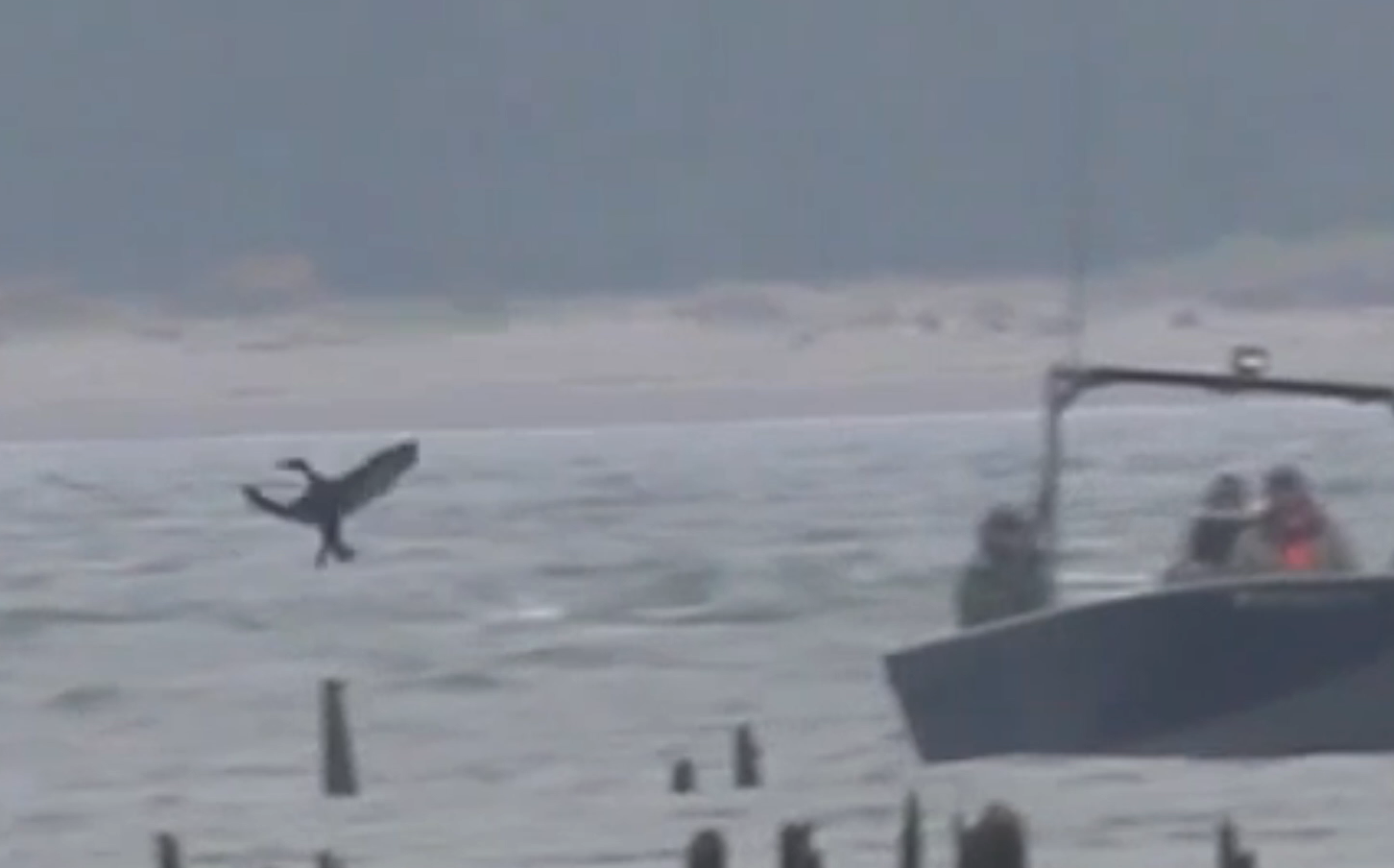 A cormorant dying as she fell into the river
Army Corps’ killing campaign has been a complete disaster, for it lead to the collapse of the colony on East Sand Island, but they are so desperate to blame these birds for their own mistakes that they are going to keep killing them.  You can learn more about how the federal government bears full responsibility for what’s happening to salmon on the river in the following videos:
Army Corps of Engineers Mass-Kills Salmon, Blames Birds

SHARK was the only organization on the Columbia River this year, and the video we took was ground-breaking for it was the first time anyone had filmed the secretive Wildlife Services doing their bloody work.

We want to be back there when the federal government starts slaughtering cormorants again, but the truth is right now we cannot. After our campaign in Oklahoma ends, we are grounded due to lack of funds. That means no one will be on the river fighting for those innocent birds, or for the tens of thousands of other animals that we have fought to save this year and every year. 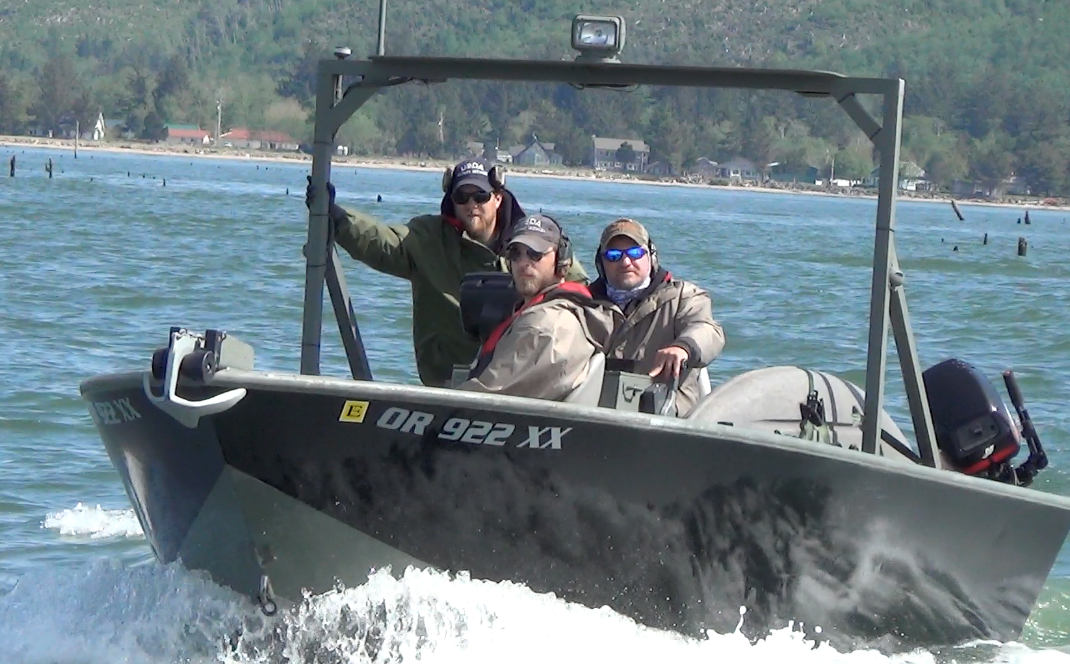 This is how close SHARK was to the Wildlife Services killers. No one gets this close to the bad guys, and documents animal cruelty, like SHARK does

SHARK continually gives you victories for animals like no other group does, and we do it with a team of five full time people! When you donate to SHARK you aren’t paying for extravagant salaries or expensive offices (we have none). What you are paying for is an extremely dedicated group of people who have put their lives on the line time and time again to fight for animals.

We’ve been hit with shotgun pellets more times than I can remember. I was whipped with a metal dog leash, threatened at gun point and even hit by cars, but that has never stopped me or the other investigators who have put ourselves in dangers from continuing to be on the frontline fighting for animals!

We still have the spirit and dedication, but we don’t have the funds. If you want more victories, and more lives saved, then please donate to SHARK now. That is the only way we can continue.

We don't just film cruelty like no one else, but we save lives as well. Please help us to save more lives this year and in the years to come

SHARK will be in Oklahoma this week to protest and document US Senator Inhofe’s cruel live pigeon shoot political fundraiser, where one thousand innocent pigeons will be hand thrown into the air and shot at for fun! If you want to be there with us please contact info@sharkonline as soon as possible.
We will be holding press conferences in Oklahoma on Wednesday and Thursday:

Watch the video HERE
One SHARK "Angel" drone causes the California Highway Patrol and the Fresno County Sheriff's Department to totally lose their cool for two straight days. Why? The drone was watching California's largest feedlot. Does the Harris Feeding Company have something to hide?