Yesterday SHARK held a press conference in Maryland to expose the vicious slaughter of cownose rays on the Chesapeake Bay. 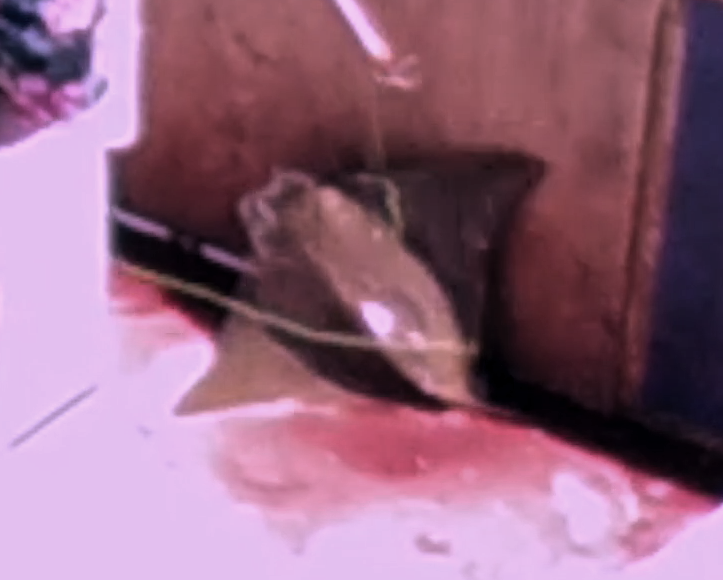 A baby ray that was shot with an arrow and died a terrible death
The footage we took, mostly using our Angel remote controlled aircraft, launched from our boat the Bob & Nancy, shows cownose rays suffering for extended periods of time, including a newborn baby ray shot with an arrow who then slowly died on a blood-soaked boat. 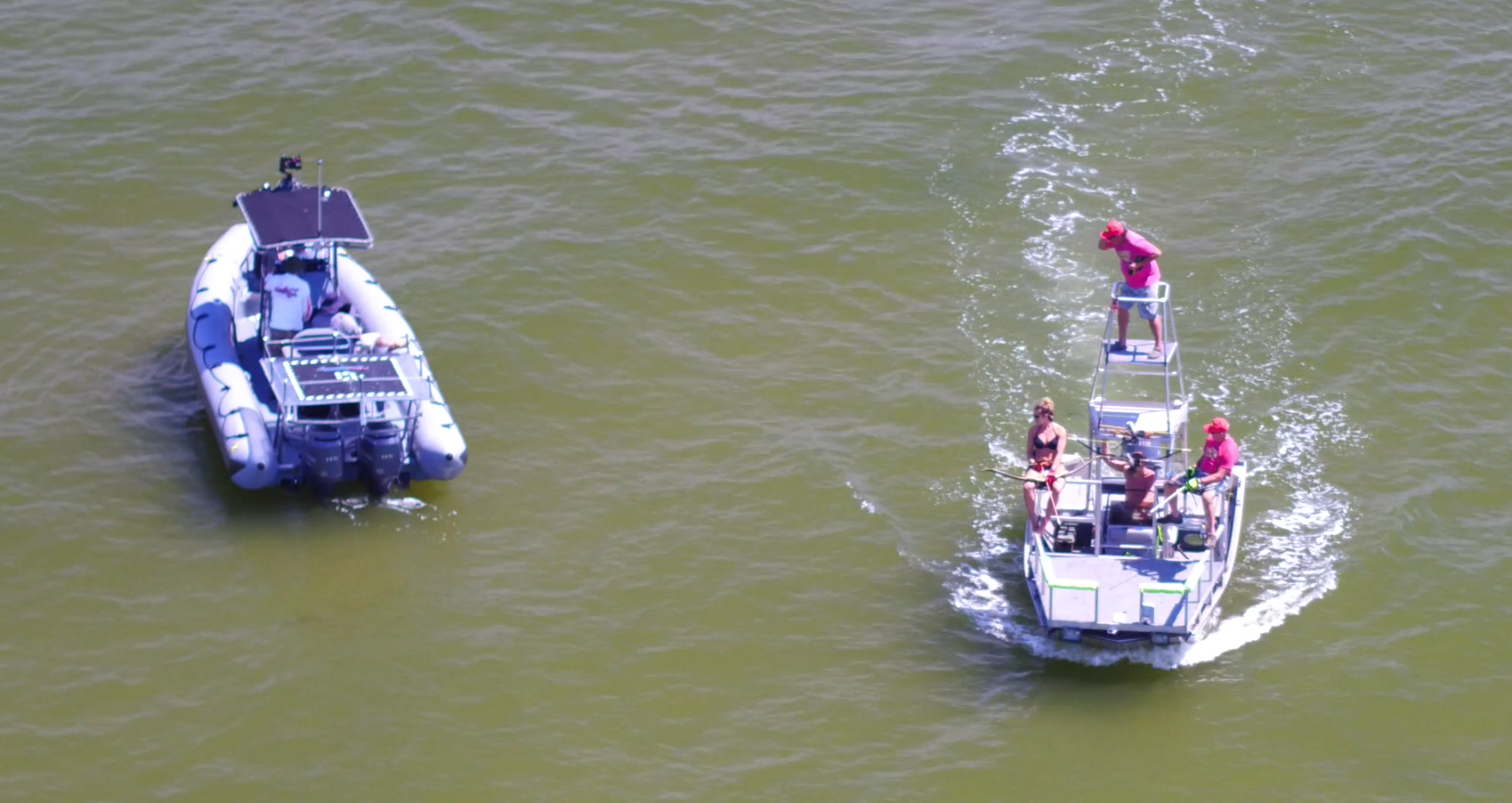 SHARK's boat, the Bob & Nancy (named after animal protection heroes Bob Barker and Nancy Burnet) filming bowhunters with our Angel aircraft. Chris DeRose, President of Last Chance for Animals, joined us on our boat and helped document the cruelty

By being on the water and using our Angel, we were able to take unprecedented video that showed the rays being shot at point-blank range and then tortured on the bowhunter's boat. This animal abuse included one ray that we documented was still alive and struggling for a full 30 minutes after she and been shot with an arrow and dumped into a bucket filled with bloody water.  We filmed another ray being violently beaten and repeatedly stabbed with a gaff.  The entire killing contest was a disgrace. 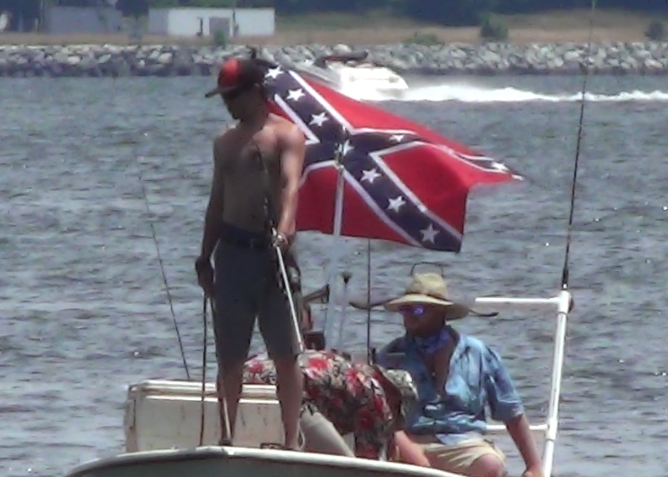 One bowhunter, whose named we discovered is Joe Bowles, made a shocking revelation when he said that he was related to Maryland Governor Larry Hogan, the implication being that they had his protection to continue to slaughter helpless rays, many of whom were pregnant. Mr. Bowles' statement is great cause for alarm, as there has been massive public outrage against cruel ray killing contests, with more than 137,000 people having signed a petition to end them, yet Governor Hogan has taken no action to follow the will of the people. 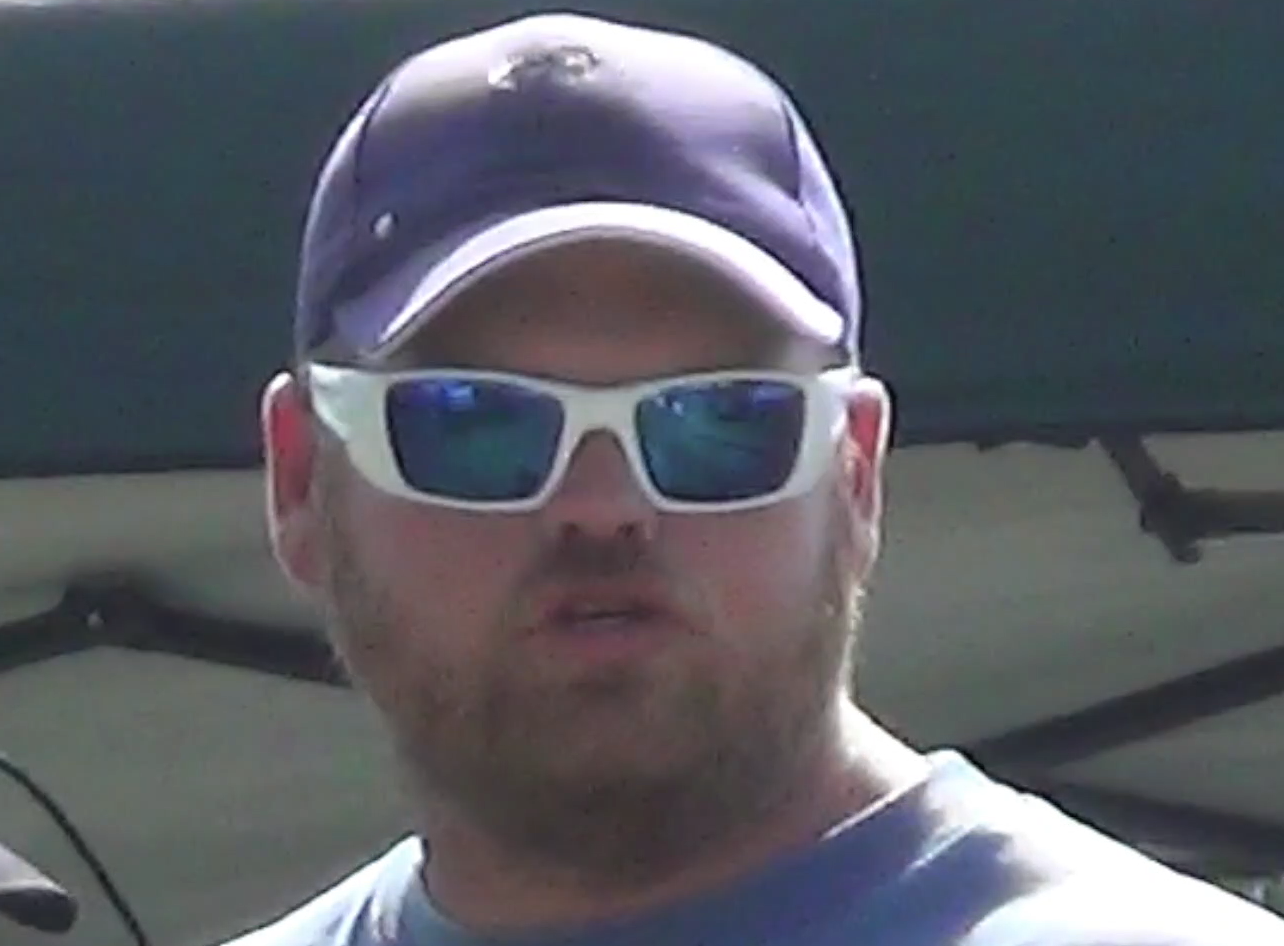 Joe Bowles, the bowhunter who claimed that he was related to Maryland Governor Larry Hogan and that they had his protection

If Mr. Bowles was telling the truth, then Governor Hogan has abused his power to protect a handful of vile men, men who proudly fly the Confederate flag and who commit heinous acts of animal abuse.

The press conference was a great success, with three television stations and one newspaper covering the story.  The issue has also been taken up in the British press and has gone international.
The stories published so far. We expect there to be more:

The Daily Mail: 'It's just an excuse for a blood fest' 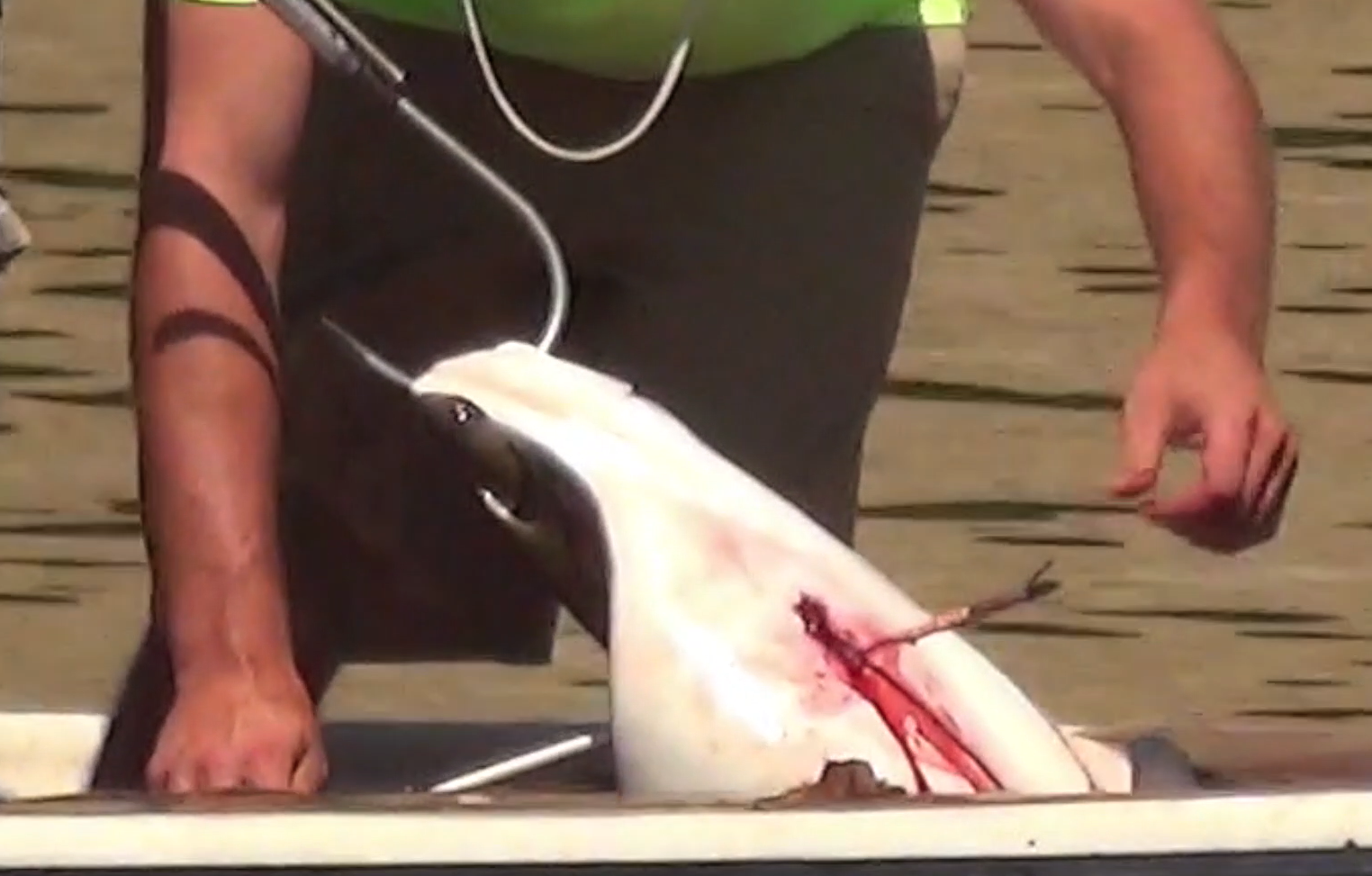 We will have much more about this important campaign in the near future. In the meantime, please share our video on social media, comment on the stories that have been released so far and please call Governor Larry Hogan and politely ask that he take immediate action to stop the wholesale slaughter of these majestic animals.
Governor Larry Hogan

Web email
SHARK and our partner, Maryland based Fish Feel, who joined us at the press conference, are going to continue to fight to have these horrific contests banned, but we need your help.  This was an incredibly expensive campaign. We need your financial support to help us continue to fight these critically important campaigns and to expose the unbelievable cruelty committed by those who enjoy slaughtering animals for fun.
Please make a generous donation HERE