On March 21, the Modesto Bee published THIS article about SHARK's campaign to expose cruel conditions on California's dairy farms.  The focus was on the thuggish behavior of the dairy supporters and how Stanislaus County Deputy Sheriff Steve Gerhart stood by while a man in a Jeep drove recklessly at us. 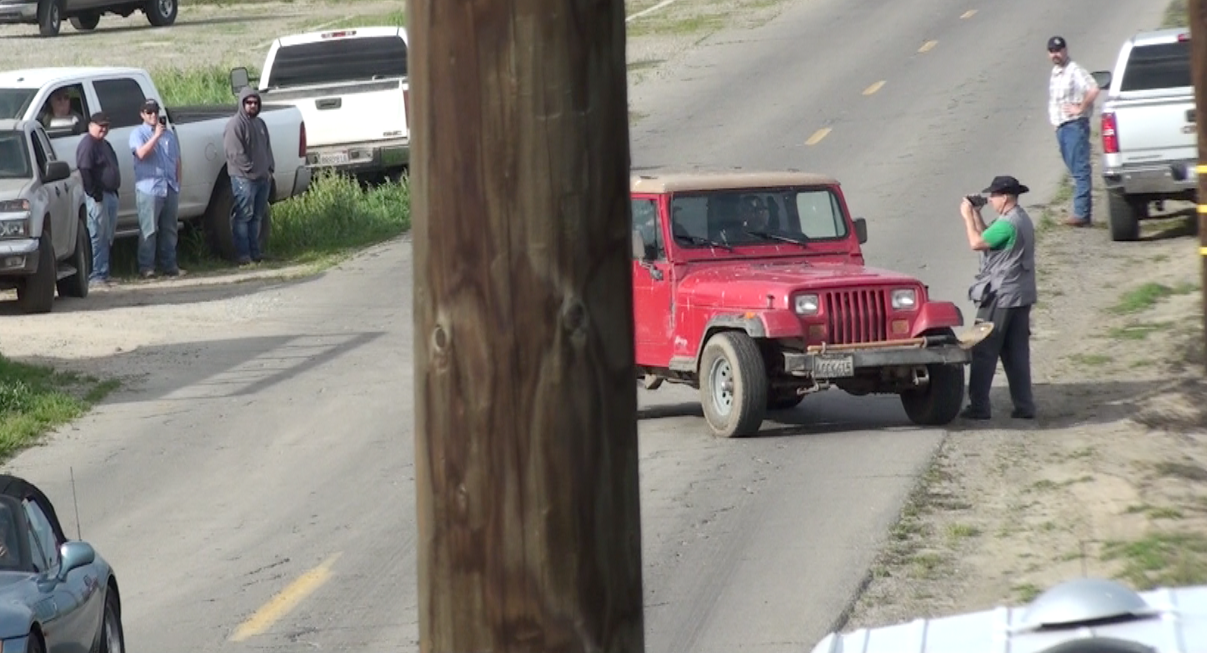 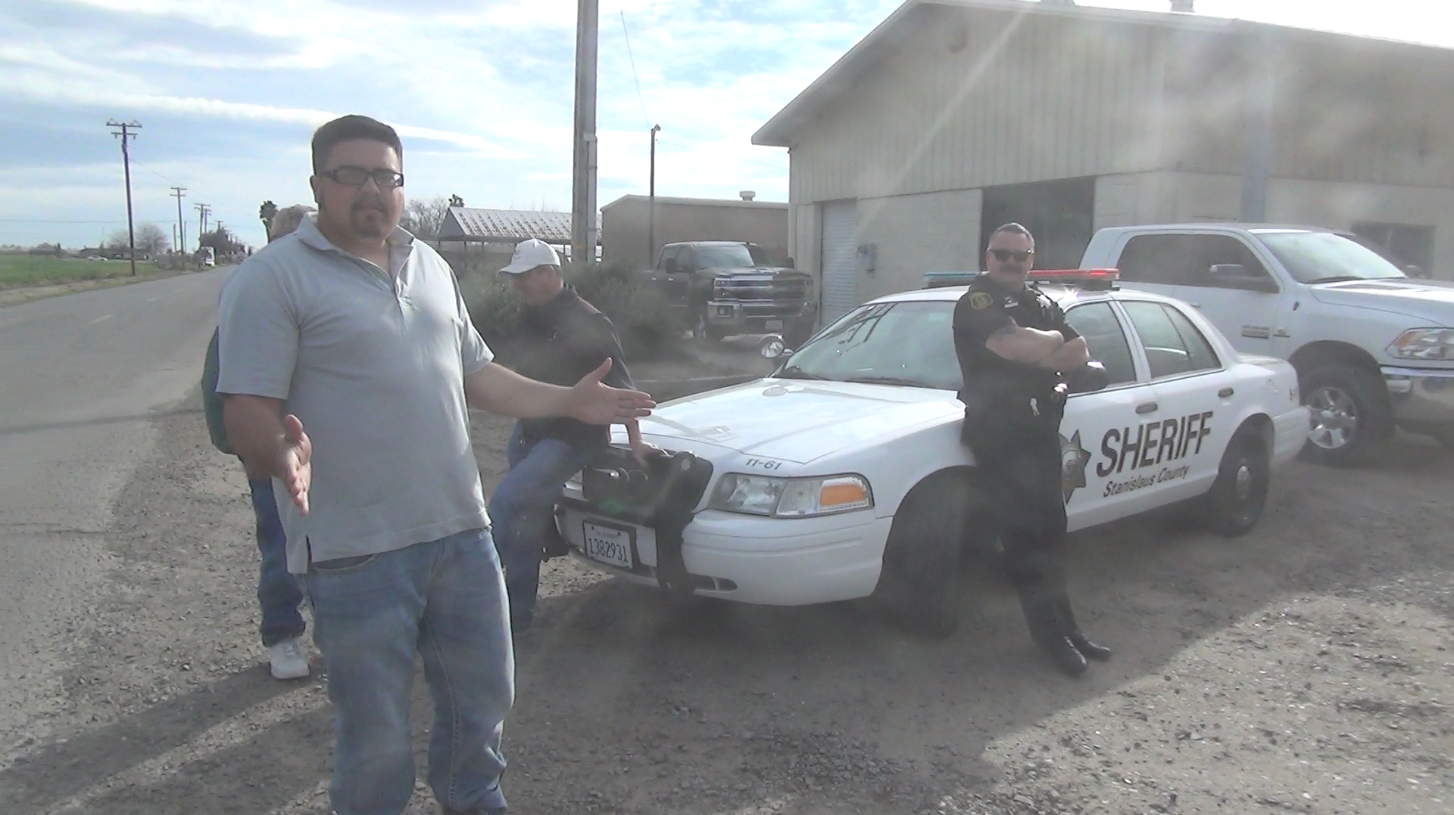 Above: The Jeep that almost hit SHARK President Steve Hindi. Below: Deputy Gerhart refusing to help right after the incident happened
Unfortunately, the article included a quote by Stanislaus County Sheriff Adam Christianson excusing the deputy's non-action, claiming that we "baited" the deputy when the truth is we did no such thing.

We lawfully and peacefully documented farm conditions, and it was the farmers who went after us. Don't take my word for it, watch it all on the following videos:
Exposing the Myth of California's "Happy Cows" 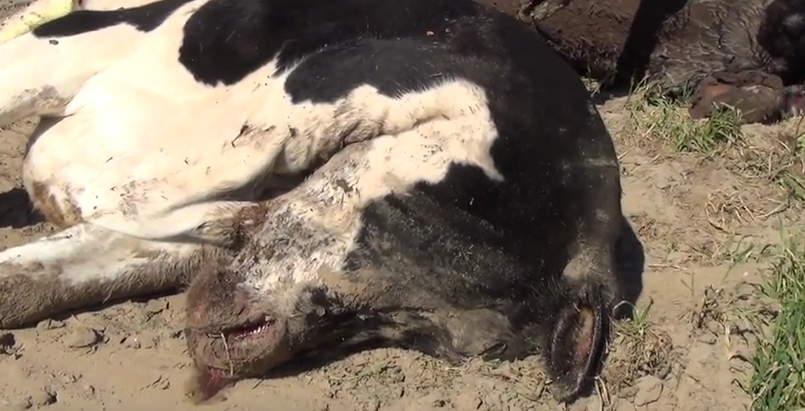 SHARK filmed this dead cow at a California dairy farm. This is the tragic reality of the dairy industry
Even though there was documented illegal activity by the dairy supporters and misconduct by the Sheriff's department, no action has been taken. We call that corruption.

Please post comments on the article calling out the Sheriff's department and the cruelty and corruption that stains Stanislaus County. Please be polite and respectful.
Click HERE to post comments