Mike Turzai, former Majority Leader of the Pennsylvania House of Representatives (he has just been elected as Speaker of the House), was given a large donation from a political action committee (PAC) three days before a bill that PAC opposed was to be voted on. Mr. Turzai then used his power to fulfill the wishes of that PAC; the legislation was not voted on and it died.

The legislation in question was HB 1750, which would have banned live pigeon shoots in Pennsylvania. The PAC was the Flyers Victory Fund (FVF), which is the electioneering arm of the Pennsylvania Flyers Association (PAFA), a group dedicated to protecting pigeon shoots.

SHARK contends that this exchange of money for legislative action violated section §1103 (c) of the Public Official and Employee Ethics Act. On Wednesday November 12th, the last day of the 2014 legislative session, SHARK field an ethics complaint against Turzai.
Read the complaint HERE. 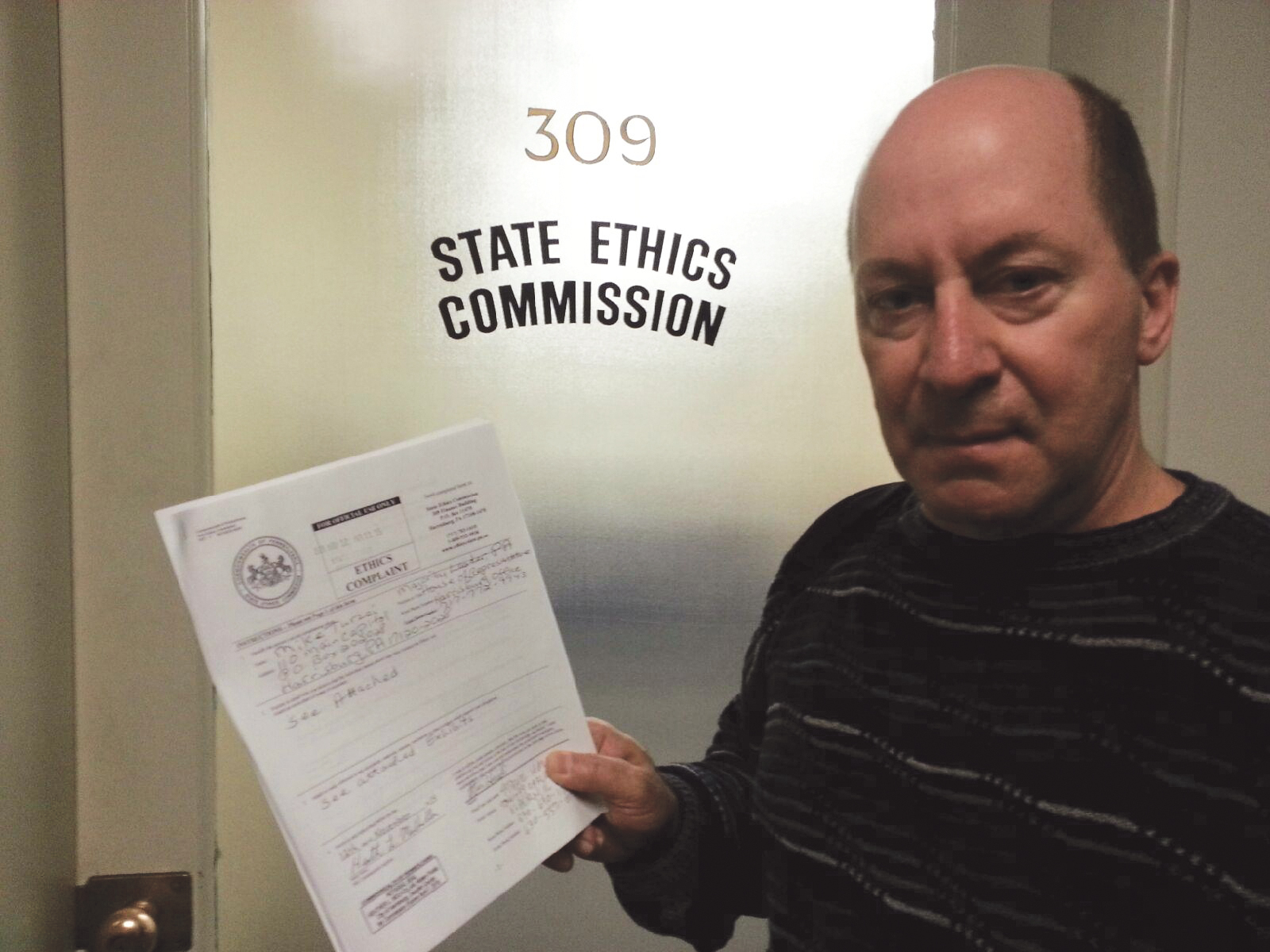 Watch our new video on Turzai and the complaint HERE. 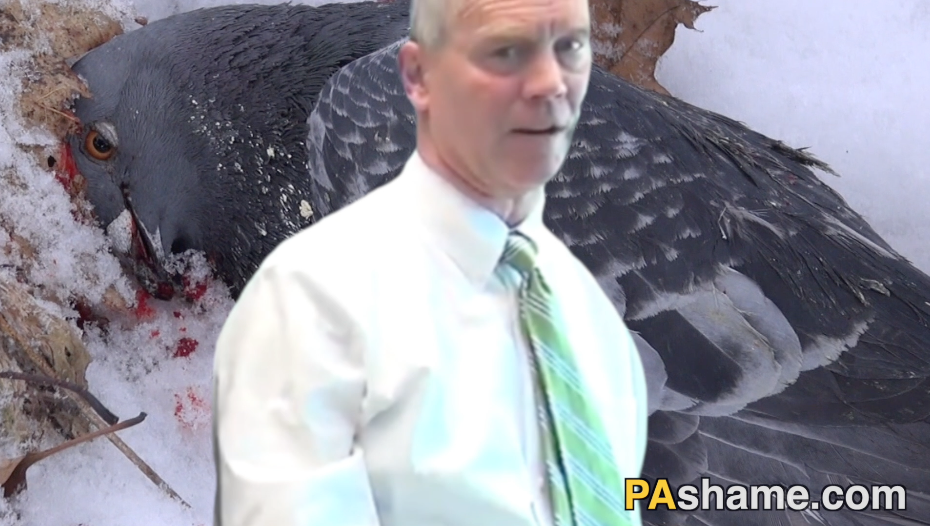 A screen shot of the new video exposing Mike Turzai. By killing the legislation, the blood of tens of thousands of innocent birds, plus dogs and cats that will be eaten, is on his hands.
SHARK has also obtained important emails sent out by the PAFA that show how they first worked to kill the pigeon shoot ban in the Senate, and when that failed they knew they only had a short time to act in the House. From a PAFA email sent on October 16, 2014:

“Having watched the entire proceedings on PCN last night, what I found most  disappointing was the representation by our legislative “supporters” and their feeble  attempts to present their opposition to the bill as amended and dissuade the vote to pass the bill, thereby sending it back to the house for ratification. The proponents of the bill did a superb job of not only stating their view as to why pigeon shooting is not considered a sport or hunting activity, but clearly animal abuse with all its ugliness.

On Monday, October 20, 2014 the bill will come up for a final vote and ratification. Today and tomorrow will be our last opportunity to contact members of the PA House of Representatives to voice your opposition to the passage of this bill.”

This email is critical because they state that October 16 and 17 was the “...last  opportunity to contact members of the PA House of Representatives to voice your opposition to the passage of this bill.”

And it was on October 17th, the day they themselves called their very last opportunity to stop HB 1750 from being voted on in the House, that the FVF wrote checks totaling $20,000 in campaign donations, which included $3,000 given to Mr. Turzai.

That is cause and effect - campaign donations for political action. Or, simply put, corruption. 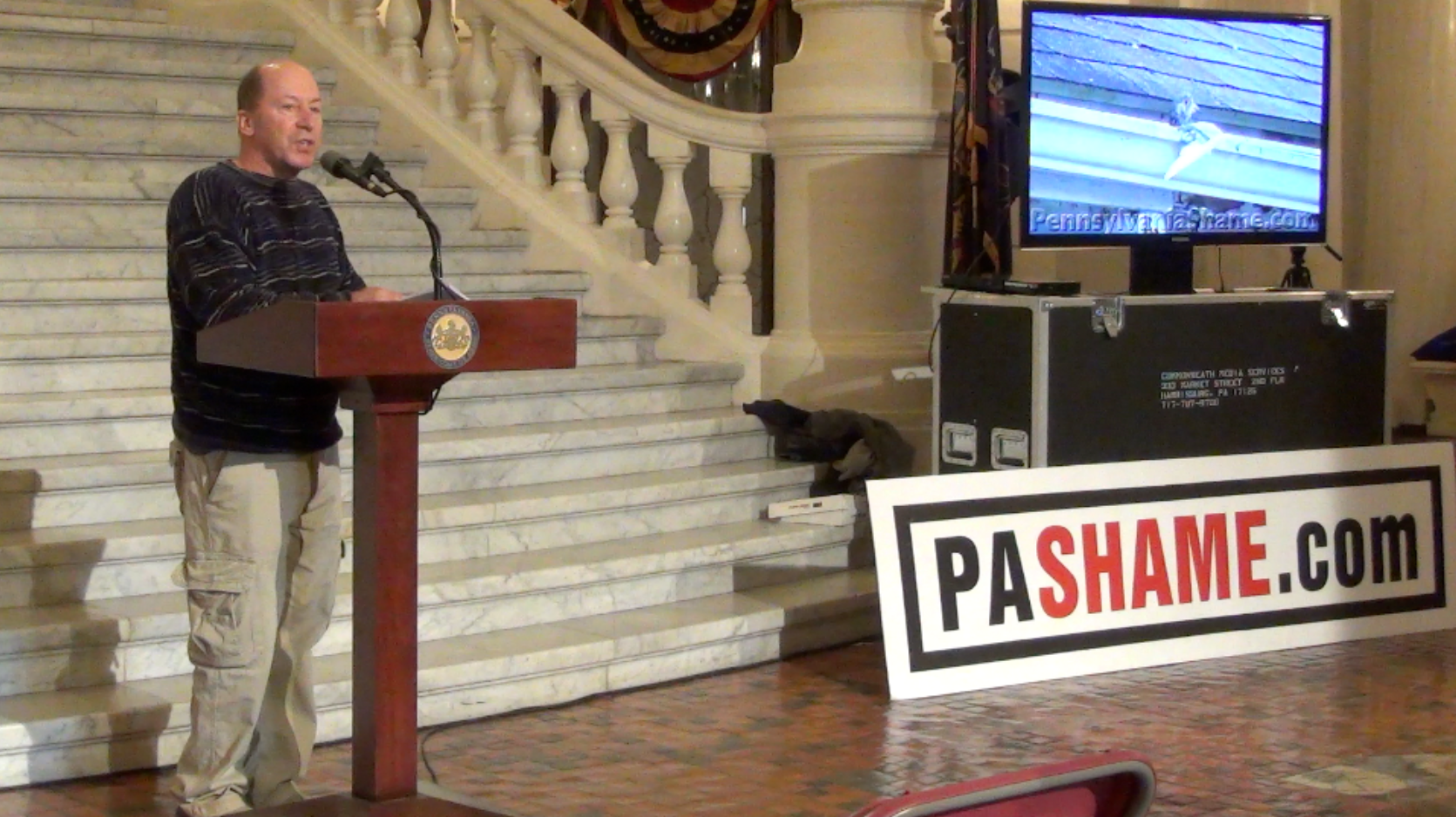 SHARK played video of pigeon shoots for two hours at the PA State Capitol, on Wednesday, November 12th, the last day of the 2014 legislative session. In this picture, Steve Hindi talks to the media while the footage plays to his right on a large TV. 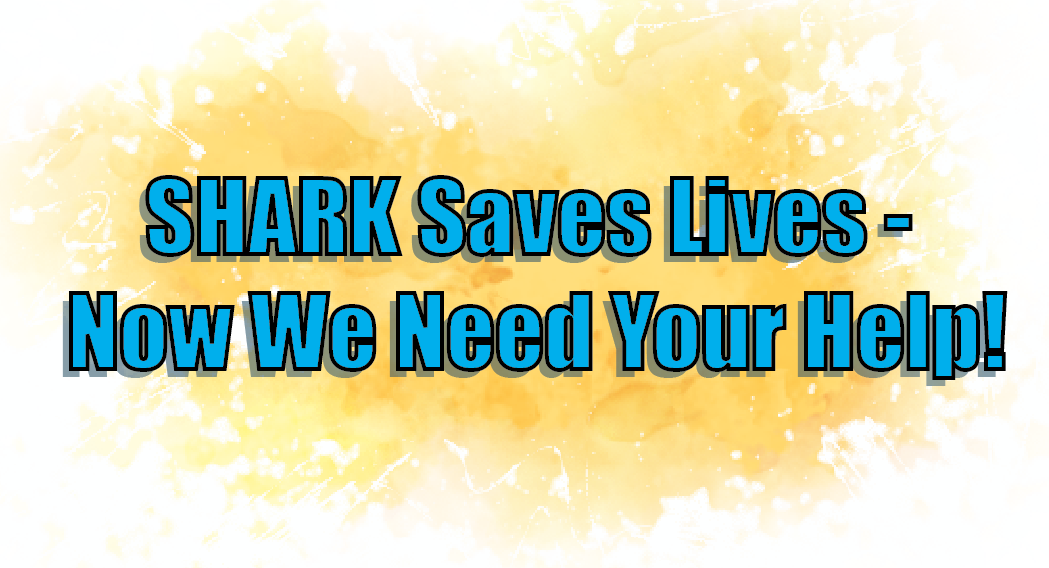 We need your help. Our resources are running low and if we are to continue to stand up and fight for animals, we need your generous support.
Those who mercilessly slaughter innocent pigeons for fun are extremely wealthy. Beside their own personal multimillions, they also have the vast wealth and lobbying resources of the National Rifle Association on their side.

SHARK is the engine of change in Pennsylvania and your donations are our fuel. We cannot run without you. Please don’t let the progress against this monstrous cruelty stop.

You can donate HERE or mail a check to: