SHowing Animals Respect and Kindness (SHARK) has filed the attached civil lawsuit in Berks County for the return of its remote controlled aircraft which was intentionally shot down over the Wing Pointe canned hunting resort during a live pigeon shoot on January 2, 2011.

The State Police turned its case over to Berks County District Attorney John Adams, who has refused to take any action. DA Adams has also failed to respond to private complaints filed by SHARK President Steve Hindi for the shootdown, private complaints for humane violations at Wing Pointe in November and December, 2010. 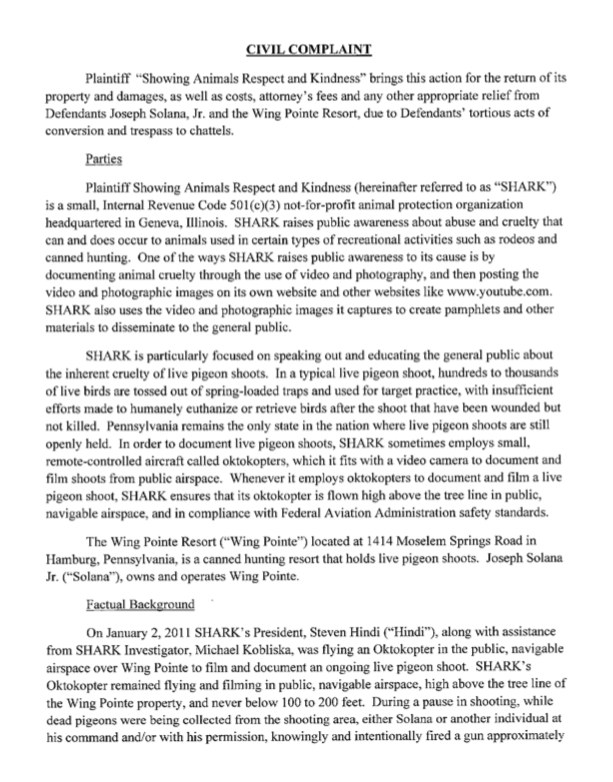 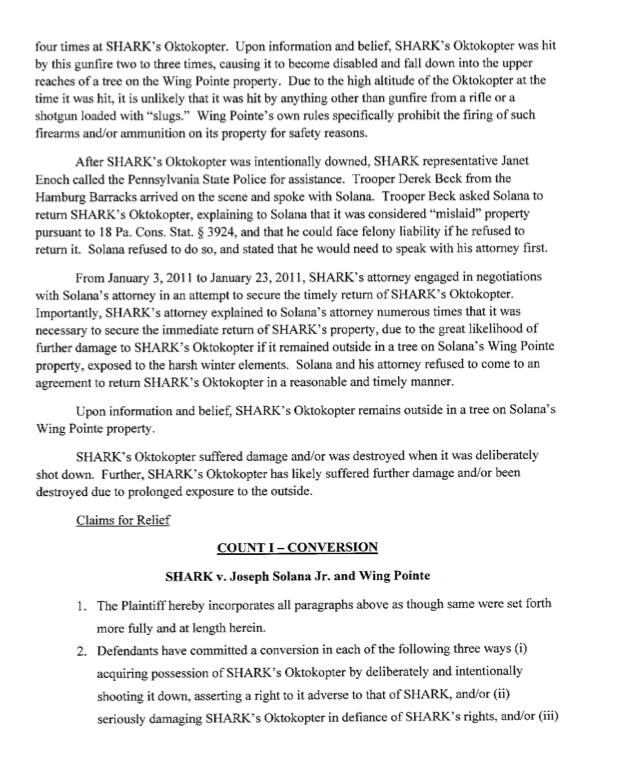 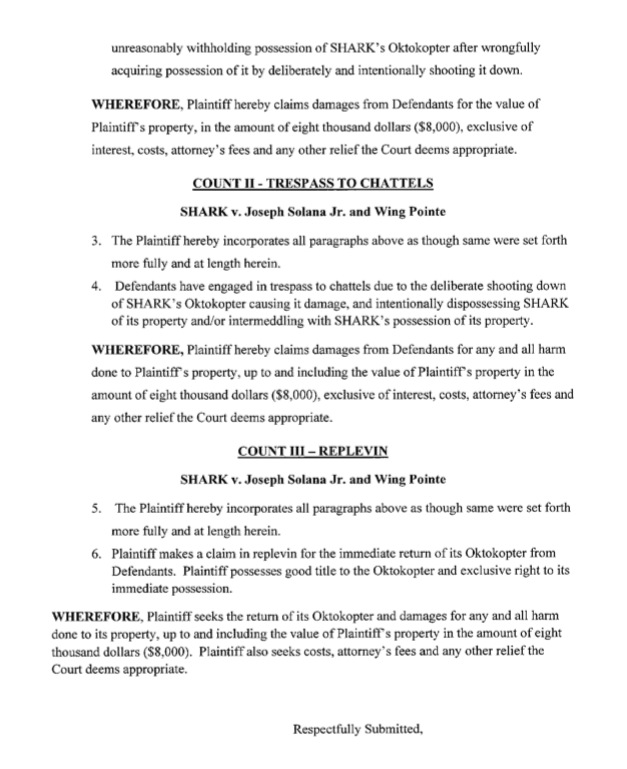