This picture of the latest cockfighting location we discovered was taken by our investigators yesterday
The cockfighting building, or "pit,' is called the, "Pinemountain Game Club." They were set to hold a large fight this Saturday night - but that was before we found them and provided all the evidence our investigators collected to the KY State Police.

• We want to make it clear to the cockfighters and those in the animal protection movement that our singular goal is to save lives and stop this cruelty. That's why we are focused on finding cockfighting pits and having the police shut them down. We are not in the business of colecting useless photo ops for self-promotion and we already have hours of undercover footage from from inside these disgusting cockfights. These places are violating the law and they should be shut down BEFORE they hold fights and kill animals.
At this point, SHARK has a good relationship with the KY State Police, and we have a conduit to pass on the evidence that we collect. Our goal is to replicate this in other states, so that as soon as we find an illegal cockfight, we get it shutdown. Stop the killing, save lives. That's what we are doing.

Part of that evidence we provided for the Pinemountain Game Club is this schedule of planned fights. As you can see, this is an ongoing operation where thousands of roosters were set to be brutalized and killed. That will not happen now. 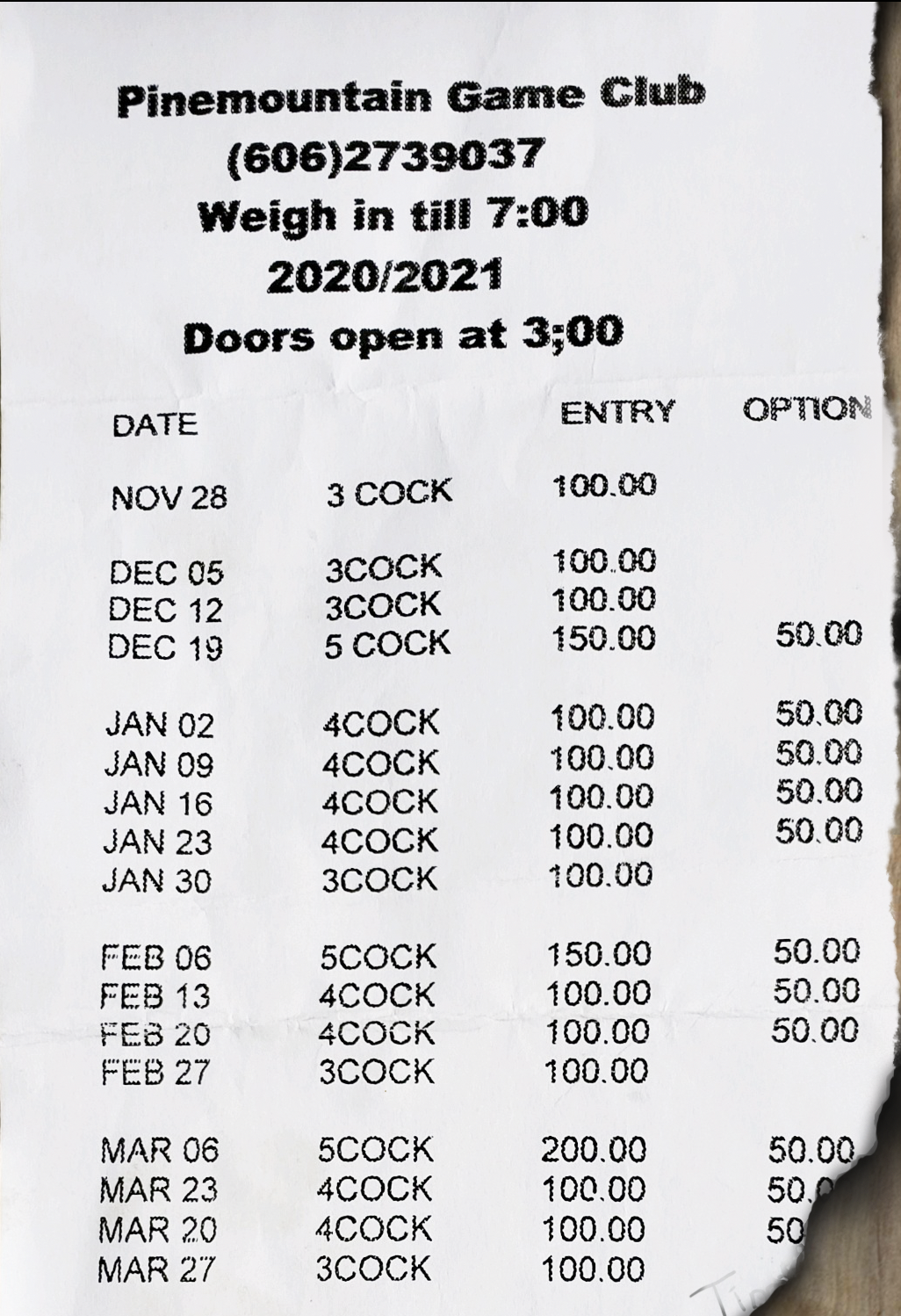