SHARK is in dire need of your help right now.

Monday morning, our team left on a mission which included SHARK's Sprinter van, a specially equipped vehicle that has crisscrossed the nation more times than we can count since 2012. About a hundred miles out of town, warning lights came on, and we had issues. Unfortunately, we've had a lot of issues with our Sprinter over the past year or two. Now it is stuck in a repair facility, and we had to rent a van, which can't hold half the equipment, to complete the operation.

• We've logged hundreds of thousands of miles on our Sprinter and pushed it to the point that we can no longer count on it. We need to purchase a new vehicle in order to maintain operational effectiveness, meaning that at any point we are ready to operate on land, on water, or in the air. This one vehicle is equipped with drones, numerous kinds of cameras, an inflatable boat and a generator (for charging drone flight batteries), as well as a large amount of support equipment. It is equipped with spartan quarters for both work and sleep, and a small refrigerator and microwave to minimize stops for food and lodging.

A replacement vehicle will cost roughly $80,000, and that is money we don't have. 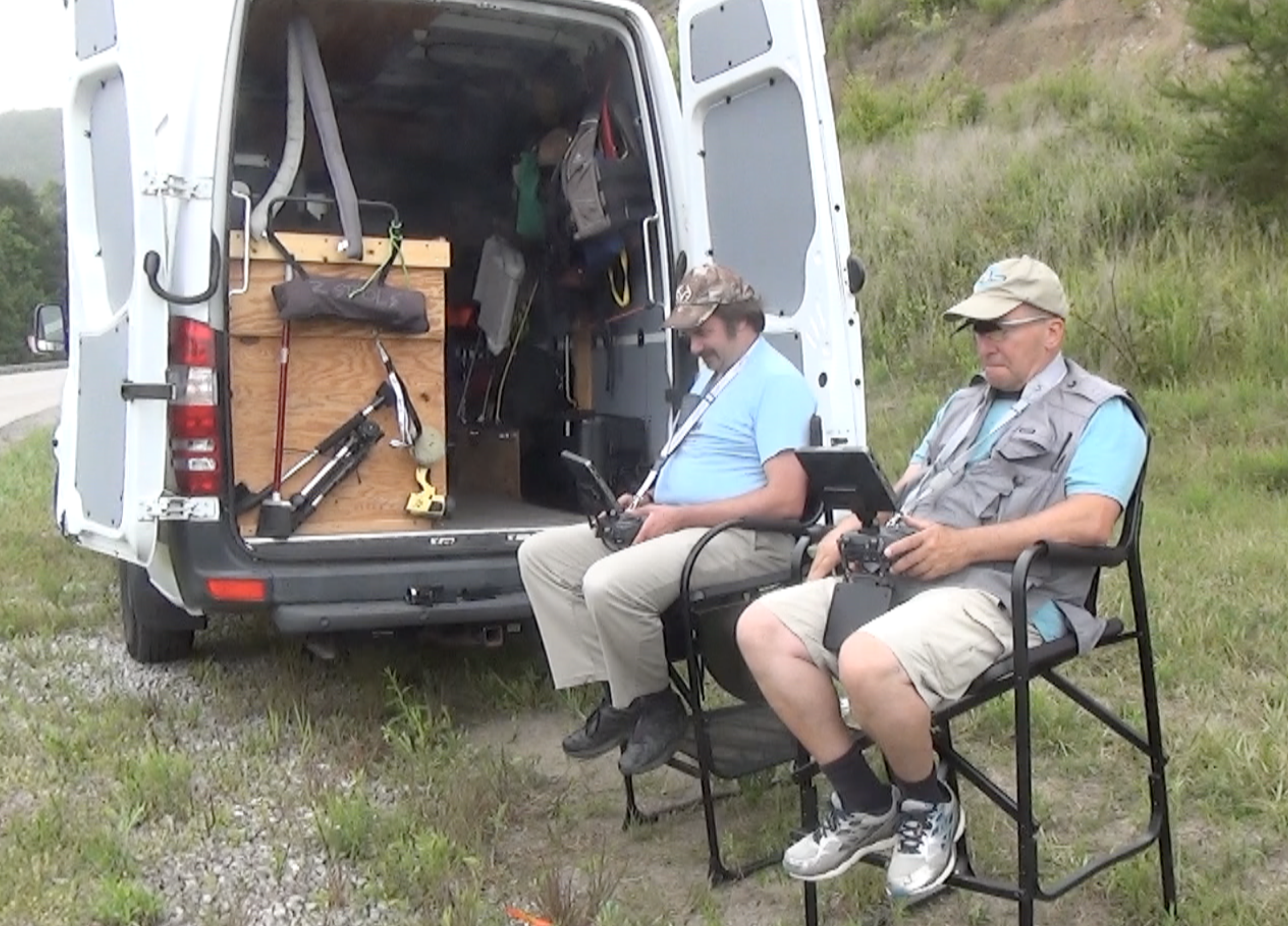 The Sprinter has been a vital part of our operations. Here it is being used for a drone flight. You can see it is packed with equipment
You know us. We don't send out pleas for help on bogus issues or use false or misleading claims. We've seen bogus pleas from groups who actually have millions of dollars in the bank. We don't play that game. This is real and very serious. We are already desperately short on funding for our investigations and our small, marginally paid team, and we simply do not have money to pay for a replacement vehicle. Unless we get immediate support, our work for animals is going to be severely hampered.

Only a few weeks into dealing with cockfighters in Kentucky, we had them on the run. Then the birds began molting, and the fights were suspended. Now the fights are restarting, and we need to be after the cockfighters not just in Kentucky, but nationwide. The few pigeon shooters that are left are on the run. Rodeos are under pressure because of us, we are exposing factory farms and our drone footage is being used to push laws against the breeding of beagles for experimentation and testing. We can't lose that momentum.

SHARK saved tens-of-thousands of lives this past year with our campaign to shutdown canned hunts that violated stay-at-home orders, and just as many lives by shutting down five major cockfighting locations in Kentucky. We also preemptively exposed five other cockfighting locations and stopped them from starting back up. That's only part of what we've done.

We must have a travel van for our work for the animals. This is a necessity - not a luxury

You will find no better value for your dollar than with SHARK. Help us now, and the lives we save will be the lives you save.