2017 was a banner year for SHARK and our fight to save animals, perhaps our greatest year ever in scoring real and substantive victories that have saved untold thousands of lives. We have released a comprehensive video detailing our victories, and also sent out a year end mailer, which we will be reproducing in email updates throughout this week, starting with this one.
WATCH THE YEAR IN REVIEW VIDEO

READ THE ENTIRE YEAR END MAILER
We thank all of those who have supported our work this year. The victories that we have won, are your victories as well. If you have not yet donated to SHARK, please consider doing so. Together, we will fight and win even more victories for the animals!

We are very pleased to share with you our accomplishments for 2017. Once again, SHARK has proven that you can take on supposedly “impossible” campaigns, the ones that everyone else chooses to ignore, and score major victories for the animals. While I am proud beyond words about the small, elite team that makes up SHARK, I never forget that it was only with your help that we were able to save so many lives.

After a relentless three-year, non-violent campaign waged against Jim Inhofe, the senior United States Senator from Oklahoma, SHARK discovered that Inhofe will no longer hold cruel live pigeon shoots as political fundraisers! This is a win that was considered to be impossible by other, far larger groups, who simply ignored what was going on.

SHARK’s campaign against Inhofe began when we received a tip in the summer of 2014 that he was going to hold a live pigeon shoot as a political fundraiser. SHARK wasn’t the only group to get that tip but we were the only group that chose to take serious action. 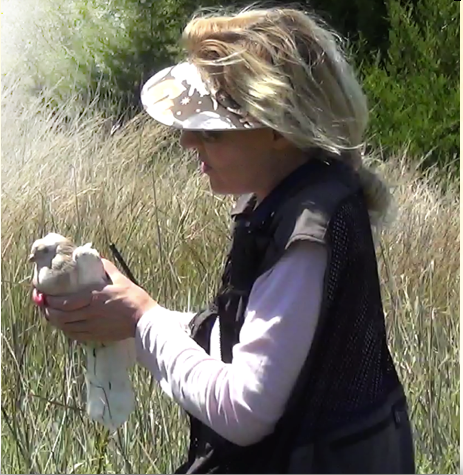 SHARK took on a powerful and corrupt politician in his home state - one that everyone was afraid to go after, or thought that it was hopeless - and we defeated him in just three years. This was a difficult and expensive campaign that required us to fight Inhofe on multiple levels, using complex strategies combined with hard work and considerable risk right on the grounds of the shoots.

While most of the major animal protection groups we asked to join us in this important fight refused to help, we want to thank all who joined us in protesting Inhofe including Oklahoma citizens, the Cherokee Nation, WildCare Foundation (who took the wounded pigeons we rescued) and grass roots activists from Arizona, California, Kansas and Texas. And we want to thank all of you who wrote and called Inhofe and kept the pressure on him. We all shared in the victory over cruel, corrupt Jim Inhofe and his cowardly cadre.

SHARK’s continued pressure on Inhofe made it a major media story. And the cancellation itself became a big story

This victory shows you that, no matter how powerful, how corrupt our opposition is, they can be defeated if we stand strong, stand together, fight smart, and stick to our moral beliefs. Never be afraid to speak out against, and stand up to people like Inhofe, for fear is how they retain power and continue to abuse and kill animals.