Early last week, SHARK received a tip regarding a live pigeon shoot that was going to be held Saturday at a place called Schrader’s Bridgetown Manor in Henderson, Maryland. A quick look at the property via Google Maps showed that there was indeed a pigeon shoot circle on the property. We researched Maryland’s anti-cruelty law and discovered that pigeons are a protected species, meaning you cannot use them for shoots.

The SHARK Team made the 800+ mile journey from Illinois to Maryland. We were there Saturday morning waiting to document the shoot, but it didn't happen. Word got out about the shoot and Schrader's owner apparently believed (correctly) that we would show up. This was a major victory for the animals! 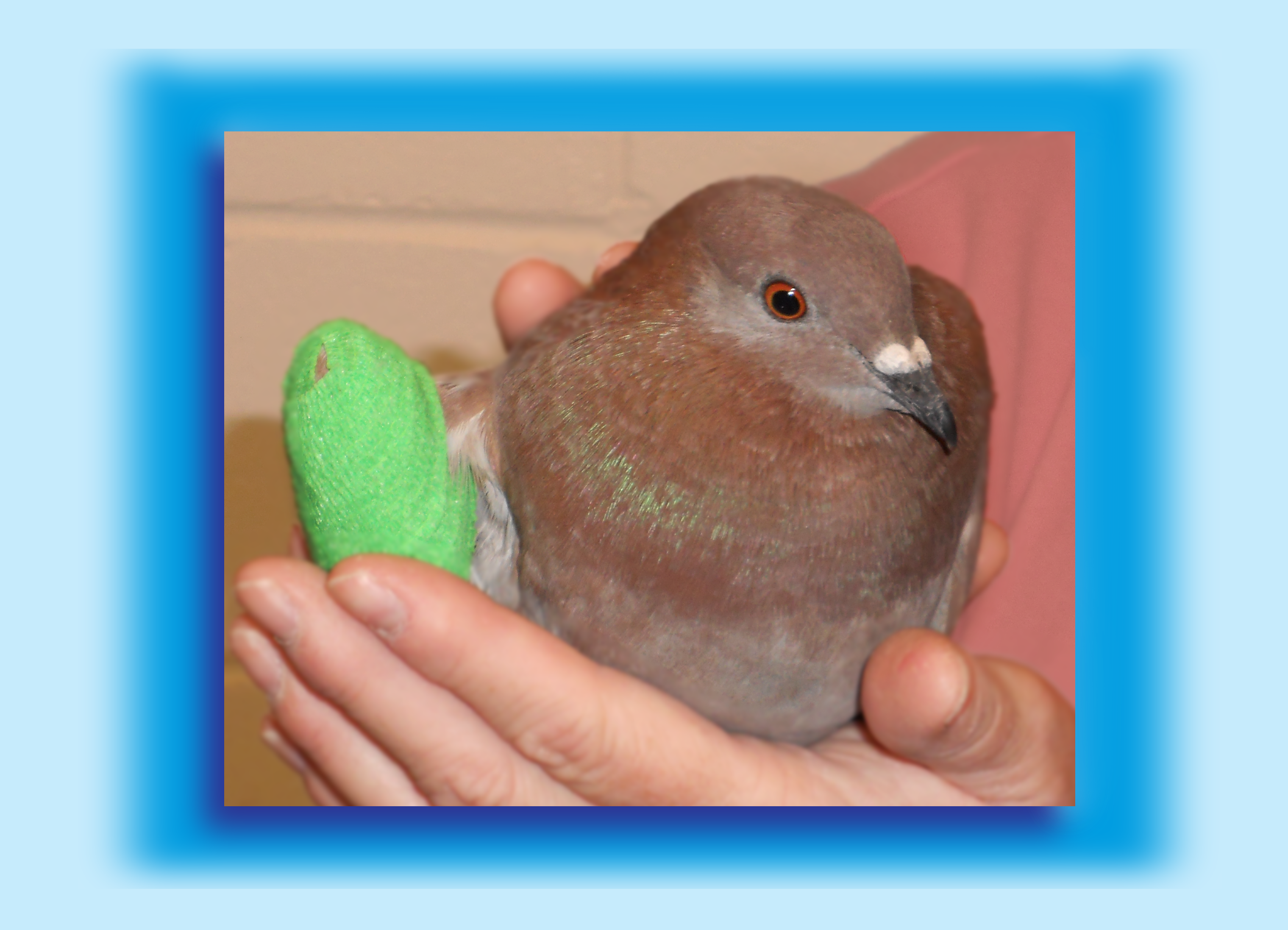 Hundreds of innocent pigeons, like this one we rescued at a different shoot, were spared because the Schrader's shoot was cancelled
The owner of Schrader's called the police, and the officer who showed up was initially huffy, claiming we couldn't park where we were. Fortunately, we had researched property boundaries before showing up, so we knew we were good. It took some effort, but we were able to educate the officer regarding live pigeon shoots, and we parted on friendly terms.

To make sure we had all the evidence we could that Schrader’s holds pigeon shoots, we flew our Angel drone over the property and recorded their pigeon shooting arena, which had been well prepared for the bloodletting, and which was well hidden from public view. These pictures are critical, as they prove without question that Schrader’s was regularly holding shoots. We are sending these to local law enforcement to make sure that Schrader’s is no longer allowed to break the law. 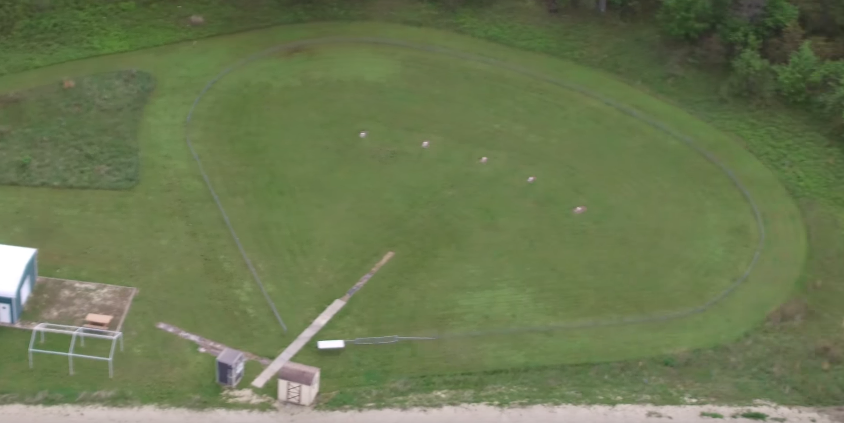 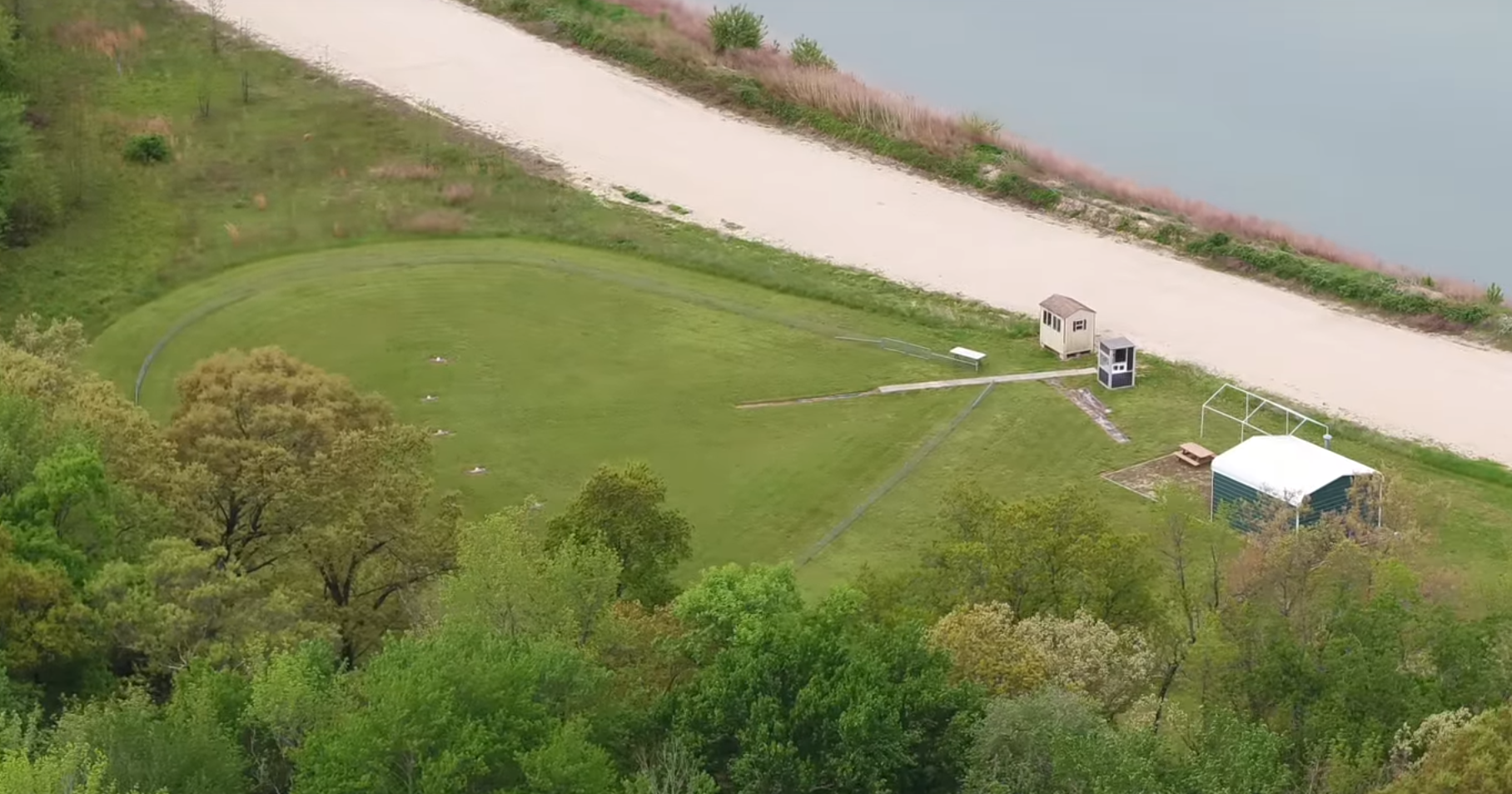 These pictures, taken by SHARK's Angel drone, show the permanent pigeon shooting ring at Schrader's
We want to thank Mary Finelli and Howard Edelstein from Maryland based Fish Feel who joined us Saturday to help. Because of our low funding, we have had to cut back to absolutely bare minimal staff, so the addition of Mary and Howard to help us document would have been critical. We can't thank them enough. In addition to this, we worked closely with Fish Feel on our recent victory where Maryland banned vile cownose ray killing contests until 2019, and we will work with them again if there is ray slaughter outside of Maryland.

SHARK wasn't the only group to learn about the pigeon shoot, but only SHARK and Fish Feel showed up to take action, and taking action is the only thing that counts in stopping animal abuse.

We cannot understate what a coup it was finding out about Schrader’s. SHARK has investigated a Maryland connection to the underground pigeon shooting black market for years, and all that was missing was the location where shoots where being held. With Schrader’s now being exposed, we hope for a massive set-back for these vile shooters who take such pleasure in the destruction of innocent life.

Vox has published a very good and timely piece on why giving money to large groups that are already well funded means you are actually doing less for whatever your cause. Please support small, hard working organizations like SHARK. That is how you know your money is being best spent.

You can think of this as the nonprofit sector’s inequality problem. The rich get richer: Well-established, brand-name organizations see spikes in donations, especially during crises. Smaller groups, including those that are deemed to be more effective than their better-known peers, and especially those serving the extreme poor, are left to muddle along.

The upshot is that charitable giving doesn't do nearly as much good as it could.