DEAR FRIENDS,
SHARK has joined the massive protest over the Dakota Access Pipeline where Native Americans are literally fighting for their lives! 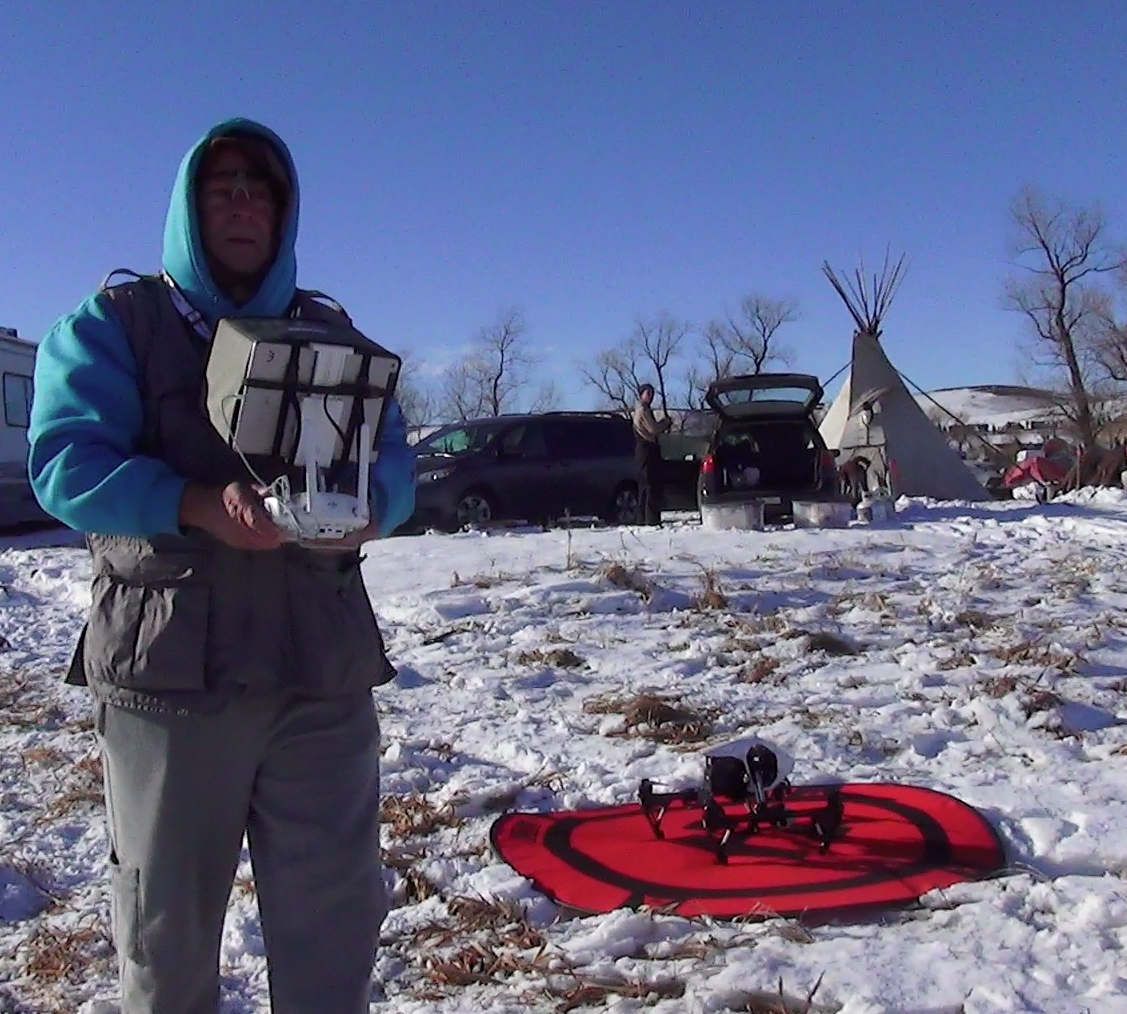 SHARK President Steve Hindi piloting our drone to film the government forces arrayed against the water protectors
When we saw the news that water protectors were being attacked and blooded by police, we realized that we could help them by providing air support through our remote controlled drone, which would be able to film by air, and with our high-range camera, which would film on the ground. We reached out to the water protectors and arrived in Standing Rock last week. 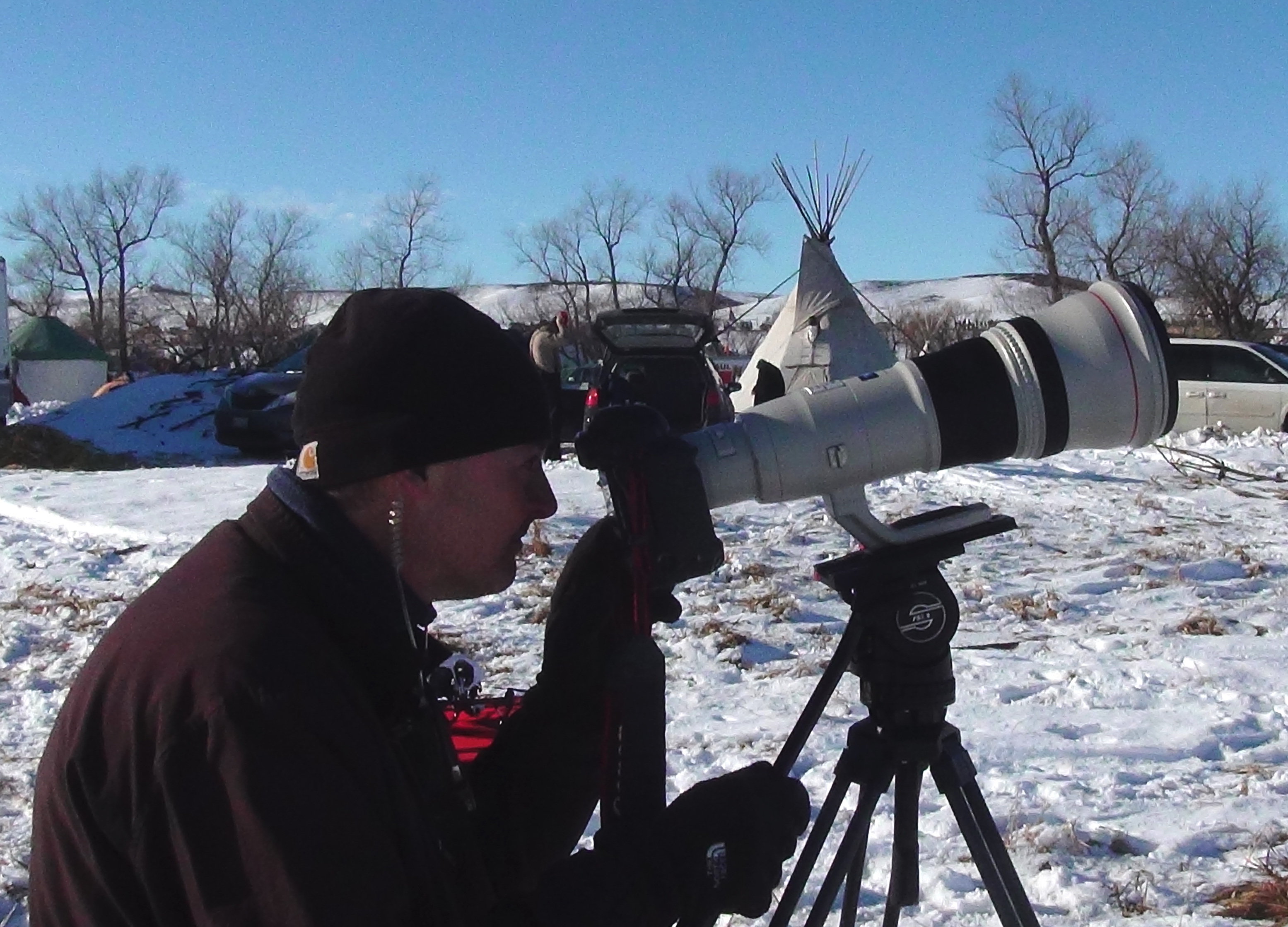 SHARK Investigator Mike Kobliska filming using our high-range camera and lens
When anyone is oppressed and abused, we all must take a stand and do what we can to help right that wrong. That’s why we joined with the Native Americans and the veterans who are putting themselves on the line for this very worth cause. 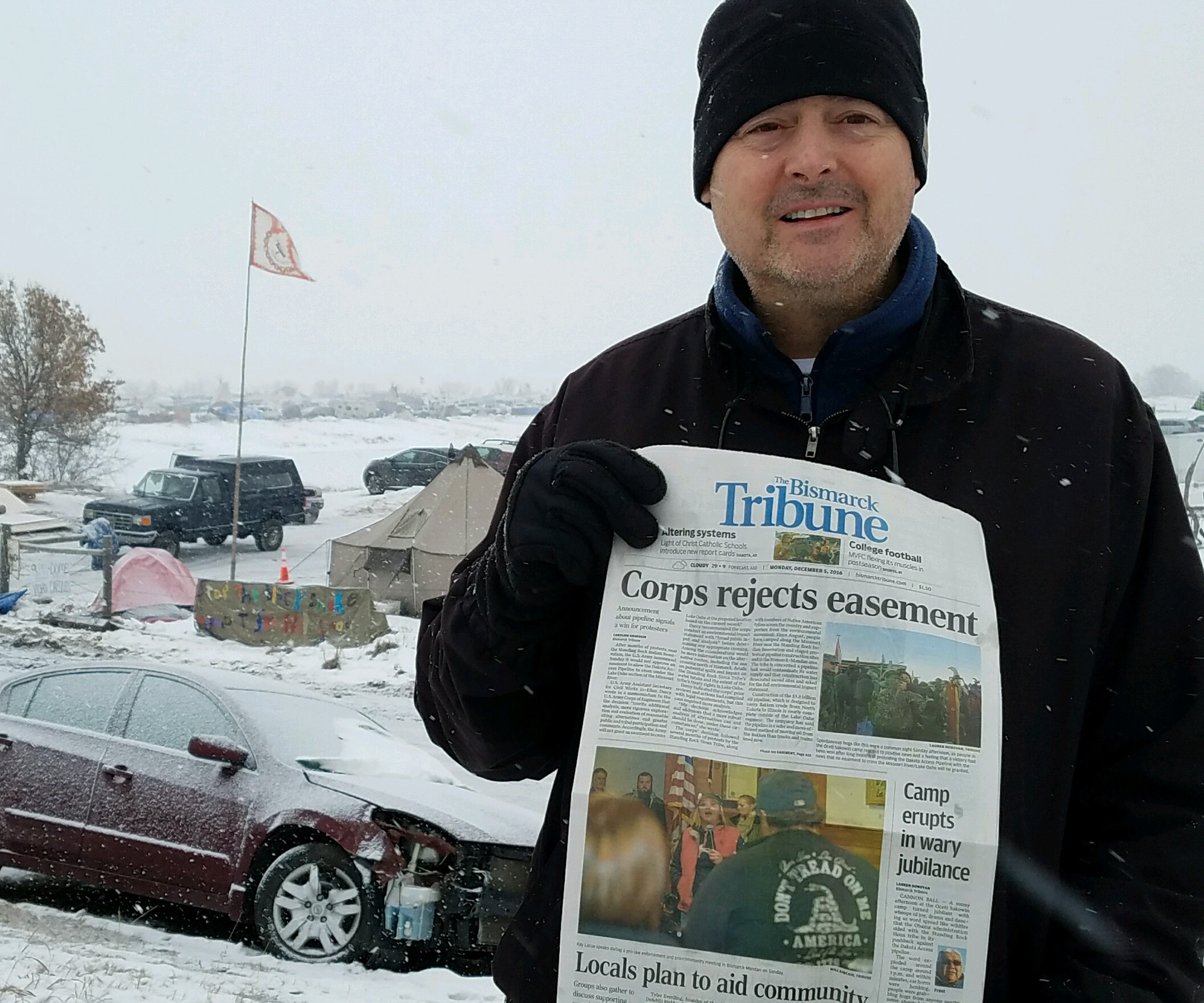 While we were there, news broke that the Army Corp of Engineers rejected the easement for the DAPL pipeline 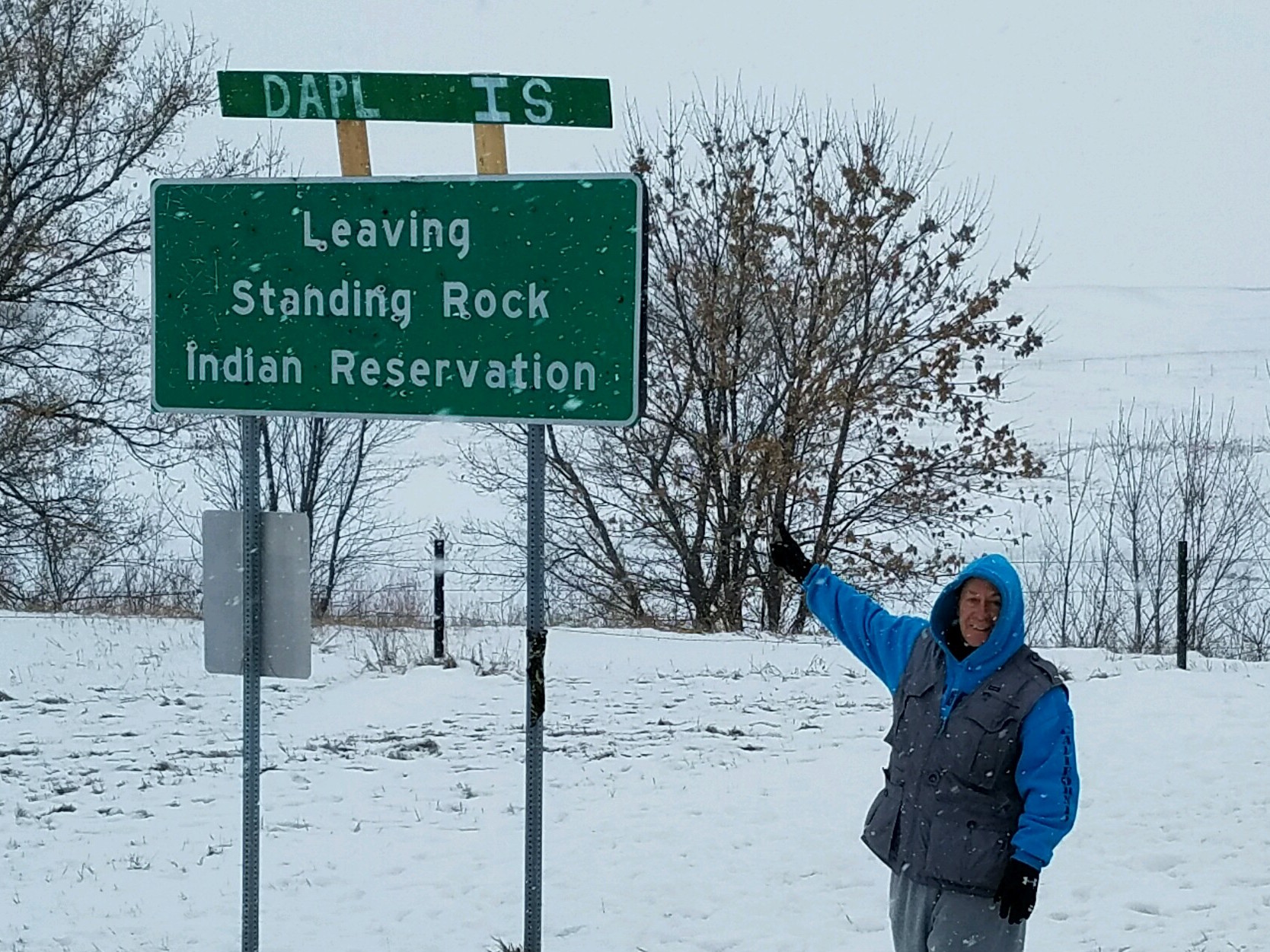 We will have much more to say about everything that is happening in the near future.

•We want to send a special thanks to Jeffrey Antonelli, an excellent aviation attorney who has helped us pro bono for a while now on drone issues, and was instrumental in getting us a special waiver from the FAA to fly over the area of Standing Rock. 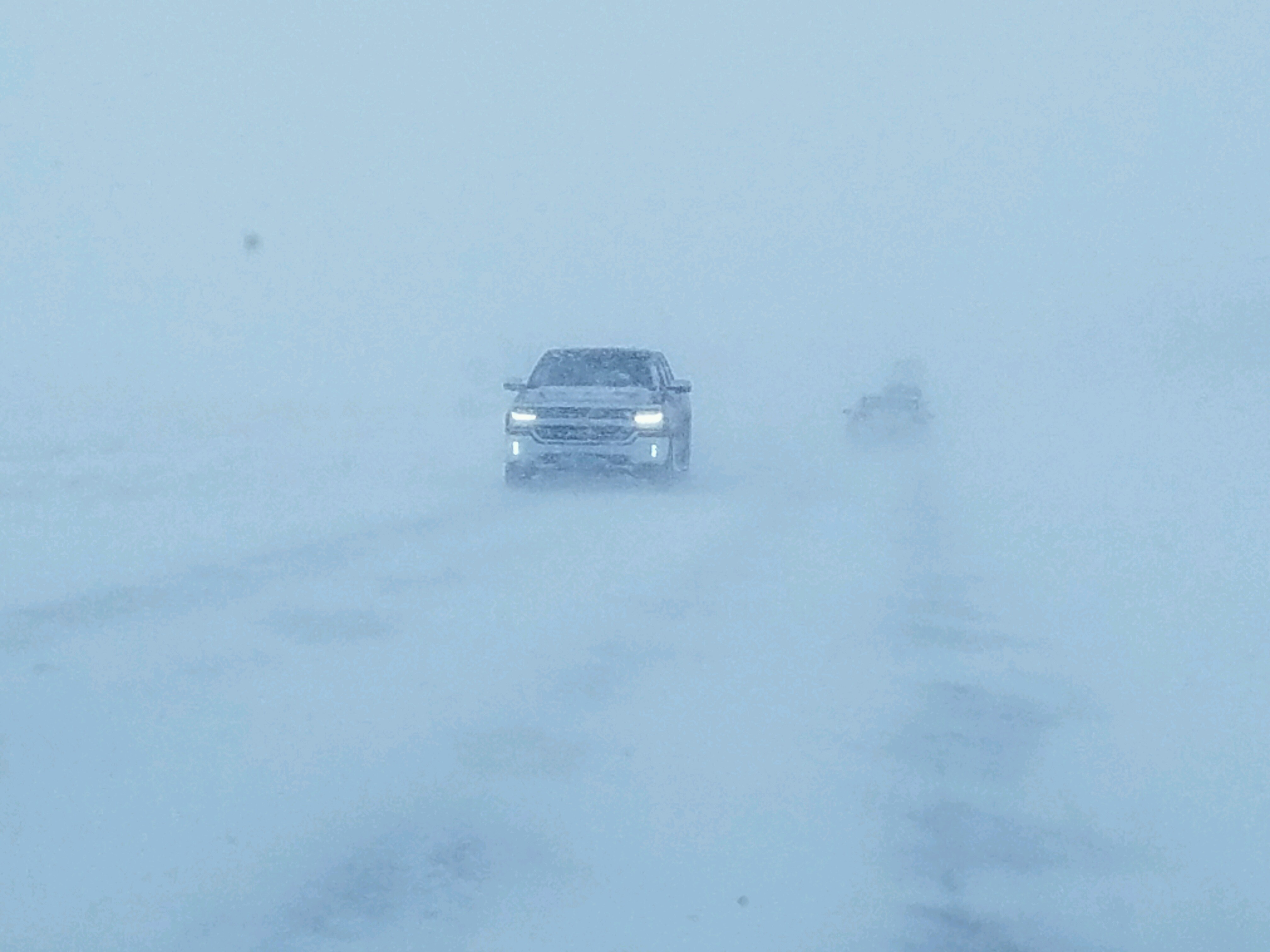 SKB Cases sponsored a cownose ray killing contest where pregnant rays were shot and killed for fun. Watch our new video on this HERE. 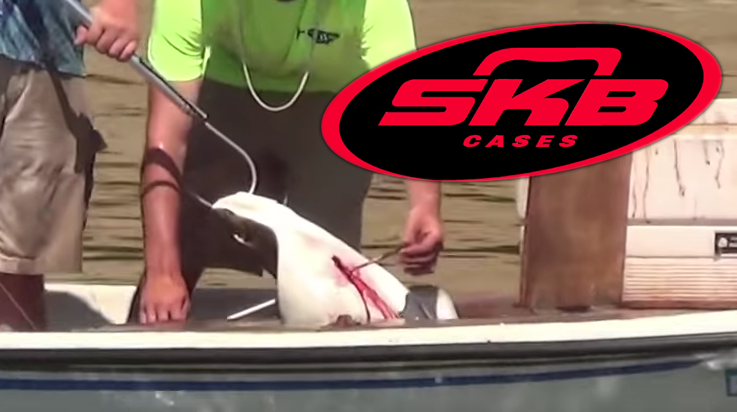 This slaughter and torture of pregnant cownose rays was sponsored by SKB cases
Please call SKB and ask to leave a message for co-founder Dave Sanderson. Politely and respectfully ask him to watch our video and to never sponsor such a horrific event again: